Some Charts Hanging In There

Given the route of equities across sectors over the past month and a half as well as the subsequent rally in the past week, most charts out there look very messy.  Most have fallen off of a cliff, breaking any notable support levels in the process but others have held up relatively well during the COVID-19 collapse or have at least finally found support like Seagate Tech (STX).

The nature of the businesses of names like Clorox (CLX), Campbell Soup (CPB), Hormel Foods (HRL), and Kroger (KR) never led them to see the same type of massive declines of many other cyclical stocks.  Instead they continued to roughly trade within their uptrends and even surge to fresh highs in the beginning of March.  After the rotation into the more beaten down names in the past week, these stocks are no longer as extended as they were but they now sit closer to the bottom of their uptrends.  For example, earlier this month CPB broke out of the range it had been in for most of 2019 before it sold off back below that range.  The past few days’ rally has brought it back into this range. The same can be said for other names like Microsoft (MSFT), Netflix (NFLX), or NVIDIA (NVDA).  These stocks had broken their uptrends but the moves had not been sustained to the downside as the past week’s rally has kept those uptrends somewhat in tact.  Start a two-week free trial to Bespoke Institutional to access our custom portfolios, Chart Scanner, Trend Analyzer, and much much more. 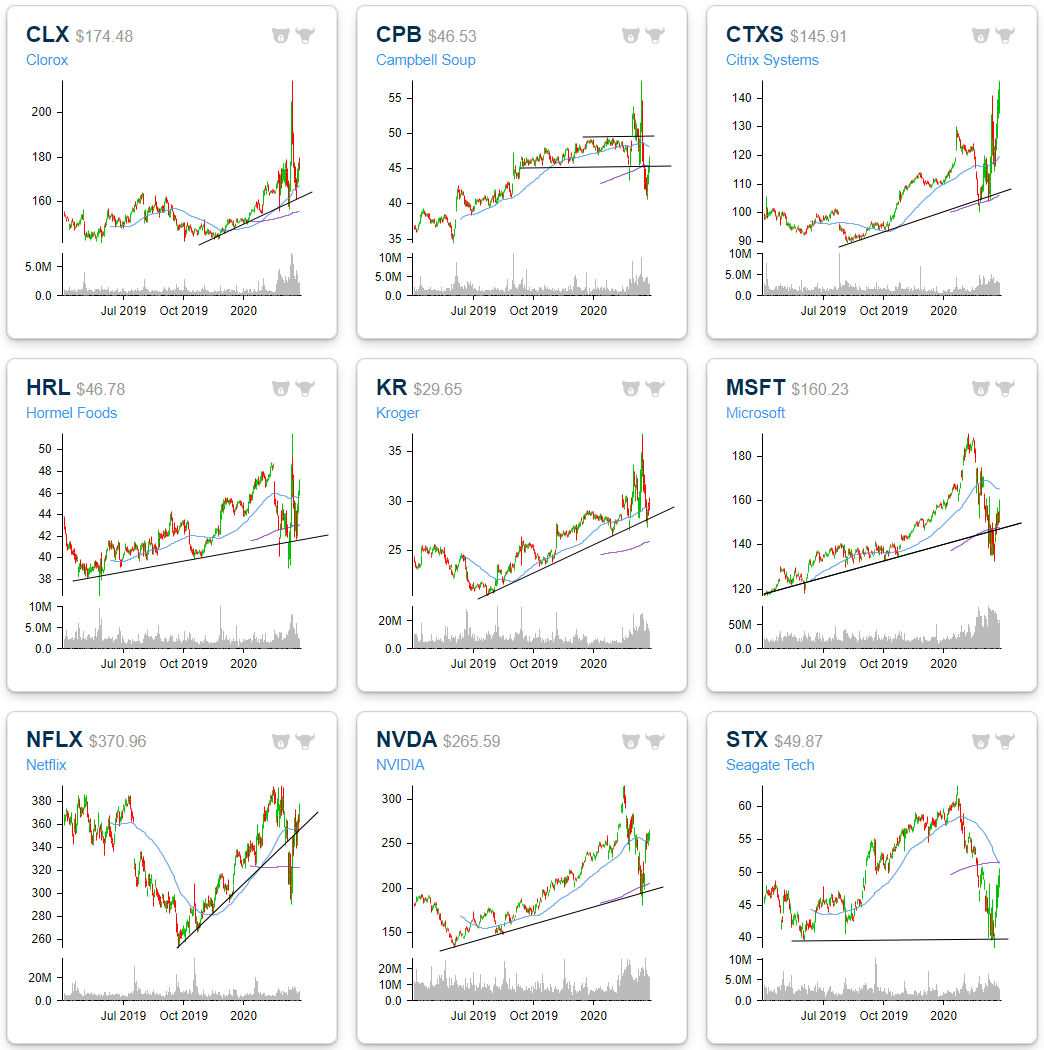