We got yet another data point on surging home prices today with the monthly release of Case Shiller indices.  These numbers are lagged by two months so they don’t exactly provide a real-time look, but at least through February, home prices continue to soar.  The table below shows month-over-month and year-over-year home price moves across the 20 cities tracked by the Case Shiller indices.  The west has seen a big jump lately with San Diego, Seattle, San Francisco, and Phoenix all rising more than 2% month-over-month.  Chicago and New York saw prices rise the least MoM at just 0.30% and 0.55%, respectively.

Nearly every city is up double-digit percentage points year-over-year.  Phoenix and San Diego are up the most YoY with gains of ~17%, while Chicago is up the least with a gain of 8.71%.  Click here to view Bespoke’s premium membership options for our best research available. 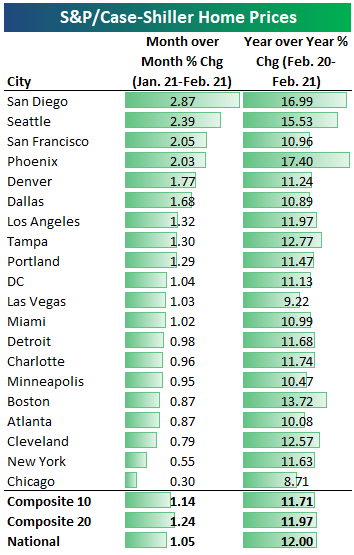 We like to look at home price trends relative to where they stood at various points during the mid-2000s housing bubble and subsequent crash.  The chart below looks at where home prices stand now versus the lows that were made in the early 2010s after the bubble burst.  As shown, the national index is now up 78% from its housing crash low, and eleven of twenty cities are up more than 100% from their lows.  Las Vegas, Phoenix, and Seattle are up the most with gains of more than 130%, while New York is up the least and the only city that’s not up more than 50%. 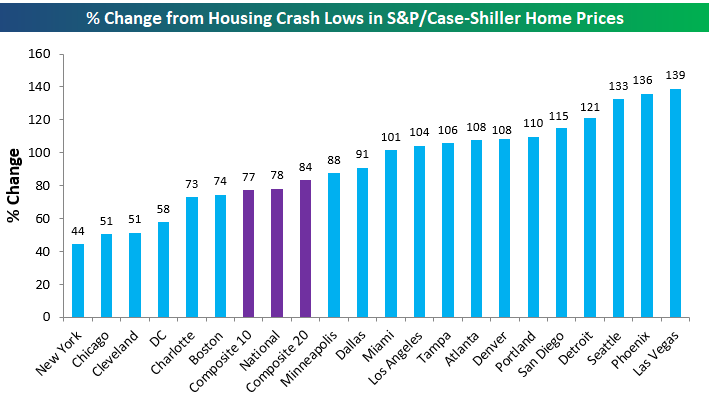 The better chart is the one that looks at where home prices are now relative to their high points at the peak of the prior housing bubble.  We’re now more than fifteen years removed from the prior peak for home prices in 2005/2006, and at this point only three of the twenty cities tracked have not made new all-time highs.  Those three cities are are Las Vegas, Chicago, and Miami.  Miami is the one closest to making new highs at just 2%, while Las Vegas prices are still 9% below their highs made in August 2006.  The composite indices and the seventeen other cities have all managed to take out their housing bubble highs.  Denver, Dallas, and Seattle are all up more than 50% above their prior all-time highs. 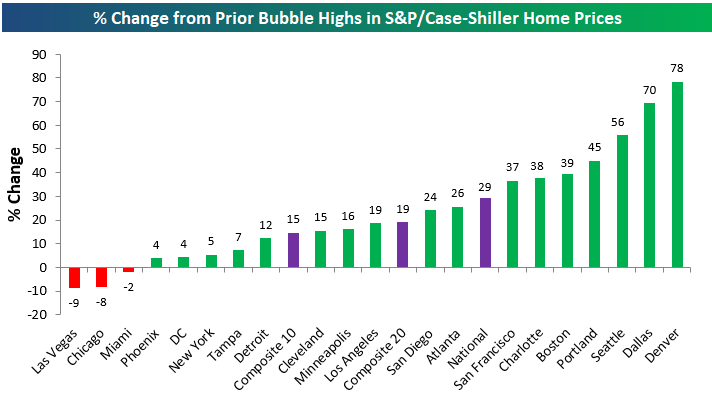 Below are price charts for all of the cities and composite indices tracked by Case Shiller.  Cities not highlighted in green are the ones still below their prior housing bubble highs. 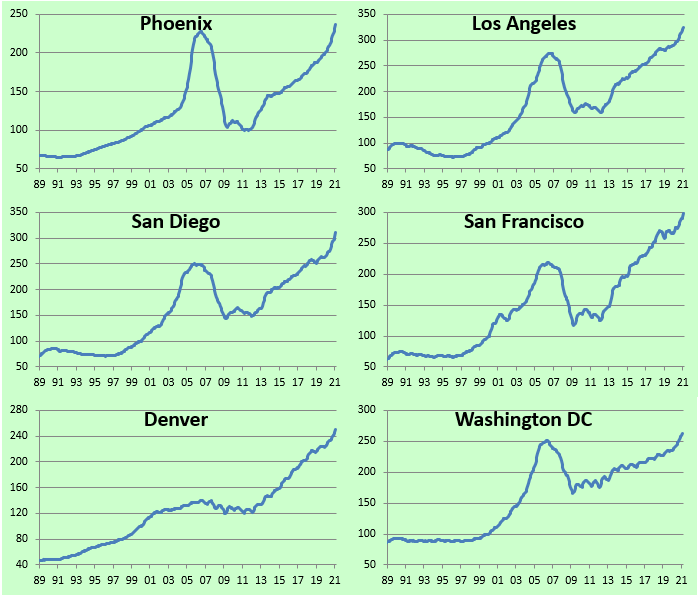 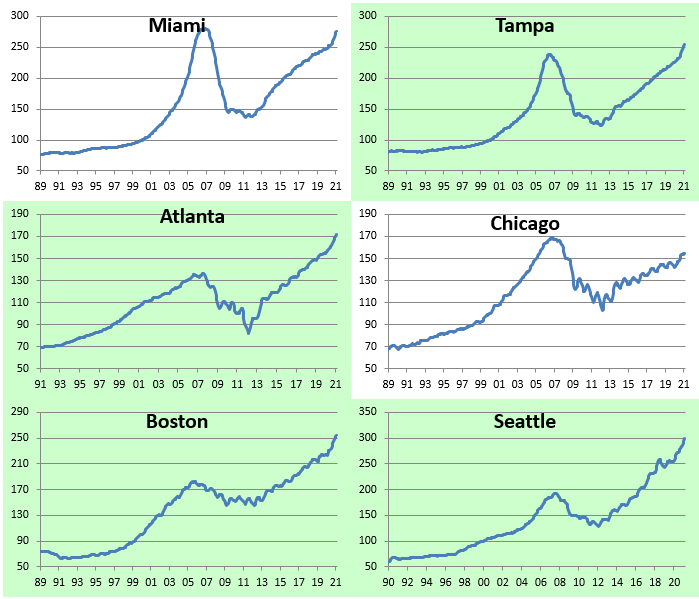 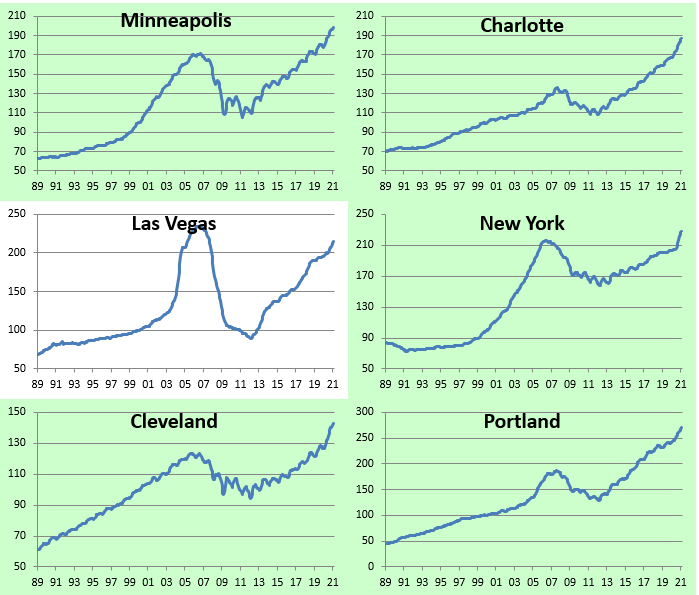 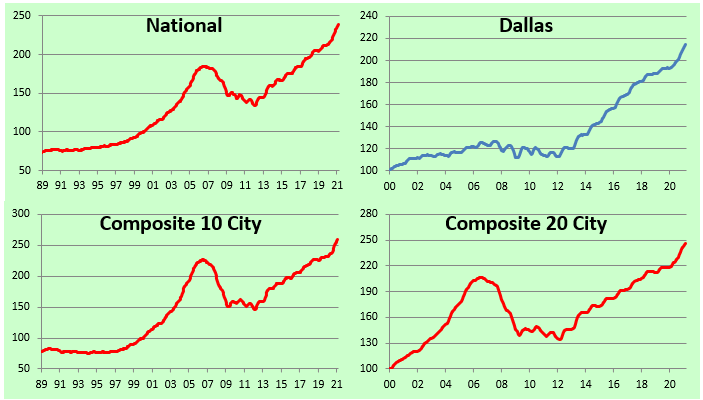