The S&P 500 has returned to and held up around record highs in the past week, and bullish sentiment has risen hand in hand.  AAII’s weekly survey of individual investor sentiment rose from 43.57% up to 46.08% this week. While still off the peak of 55.84% from mid-November, bullish sentiment remains elevated relative to other readings not only this year but throughout the history of the survey. Given the bear market and a lack of recovery in sentiment until after the election was over and concrete vaccine news made headlines in November, the average reading on bullish sentiment in 2020 was 33.87%. That compares to the historical average over the life of the survey of 37.95%. 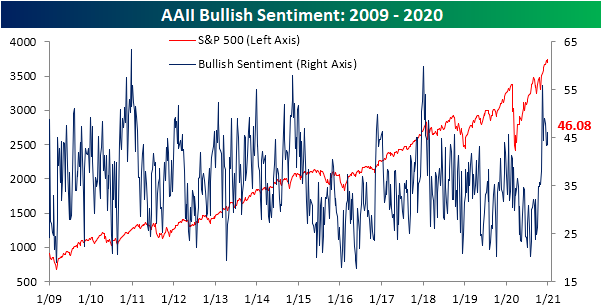 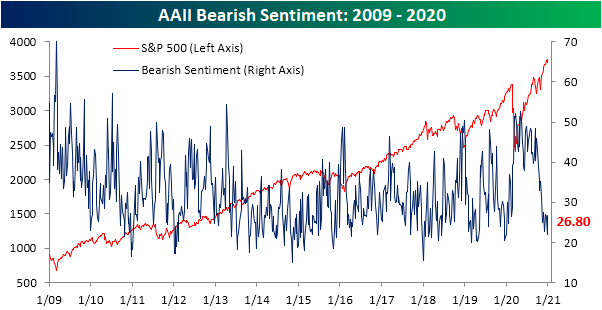 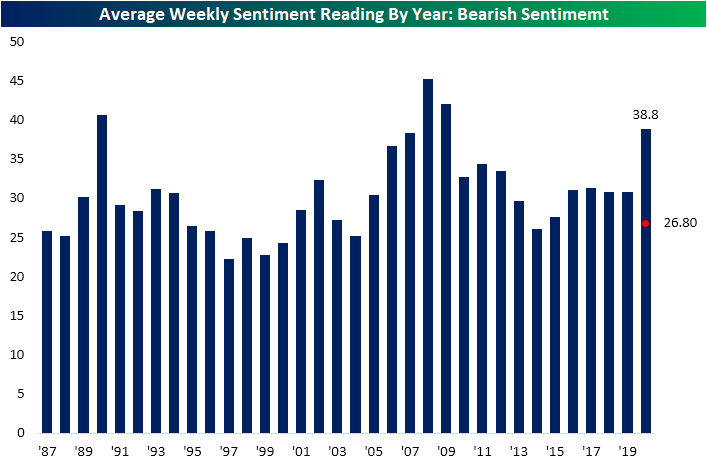 It is more of the same with the bull-bear spread.  At 19.28, sentiment still largely favors bulls though not to the same extreme as November.  Current levels are not just well above those observed for most of the year, but also stand in the top decile of readings of the past five years’ range. 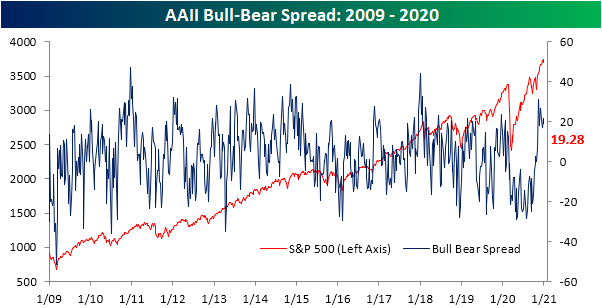 After rising back to levels not seen since the beginning of the year over the past couple of weeks, neutral sentiment saw a big drop this week of more than 7 percentage points rising from 34.4% to 27.12% which is just about in line with the average reading for 2020. That means that in the most recent week, investors appear to have become more polarized in their view of the markets, though, overall attitudes are more optimistic than pessimistic.  Click here to view Bespoke’s premium membership options for our best research available. 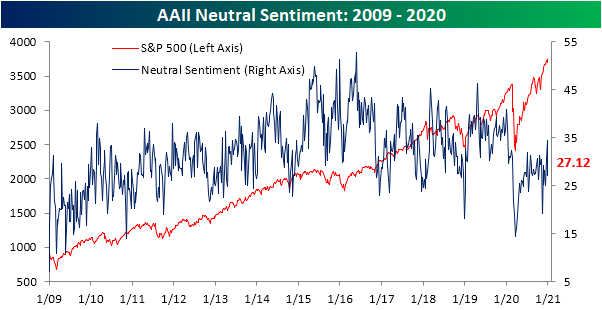