The NFIB’s reading on small business sentiment has generally been on the decline over the past few years, although it’s also well off the lows set during the depths of the pandemic.  In October, the index hit the lowest level since last March, and the past two months have seen a modest bounce off that October low, leaving small business sentiment middling versus its historical range. 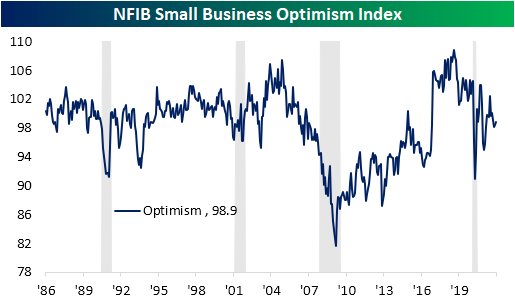 While the headline number is far from any significant high or low, the individual components of the report are showing another story.  Employment-related indicators are around some of the highest readings on record while a handful of other categories like Expectations for the Economy to Improve are near some of the lowest. 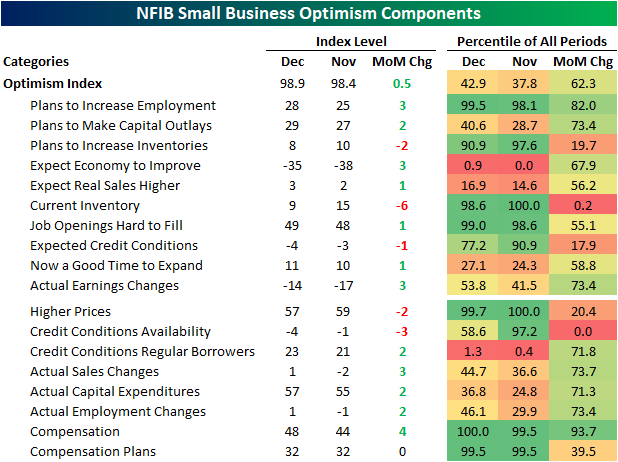 Rising slightly off the November reading, which was tied with November 2012 for the lowest on record, firms continue to have a historically sour outlook for the economy. While there are some other areas that are at the low end of their range of historical readings, this index is by far the most depressed area of the report. 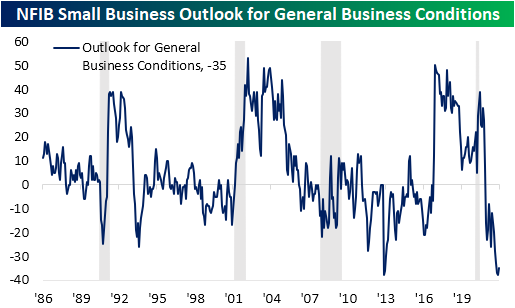 One potential reason for the pessimistic outlook could of course be the resurgence of COVID cases, but another likely reason, as we noted in today’s Morning Lineup, is inflation.  The index tracking the rate at which firms report higher prices peaked in November but remains extremely elevated at 57.  Meanwhile, a record high 22% of responding businesses reported inflation as their biggest concern. 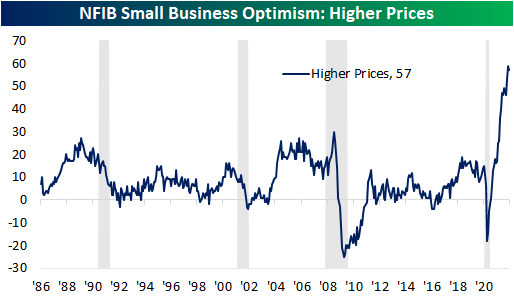 Although costs are soaring, on the bright side, the employment situation is very strong.  Firms reported an increase in hiring plans with the index rising to 28, the highest level since August while the net change in employment was positive for the first time since April.  That is also only the second positive reading since the pandemic began. As with other costs, compensation is at an unprecedented level with the index setting a new record high in December. Compensation plans have now gone unchanged at 32 in back-to-back months. Responding firms also are reporting continued difficulties hiring with the Job Openings Hard to Fill index maintaining its lofty readings after gaining one point in December.  Click here to view Bespoke’s premium membership options. 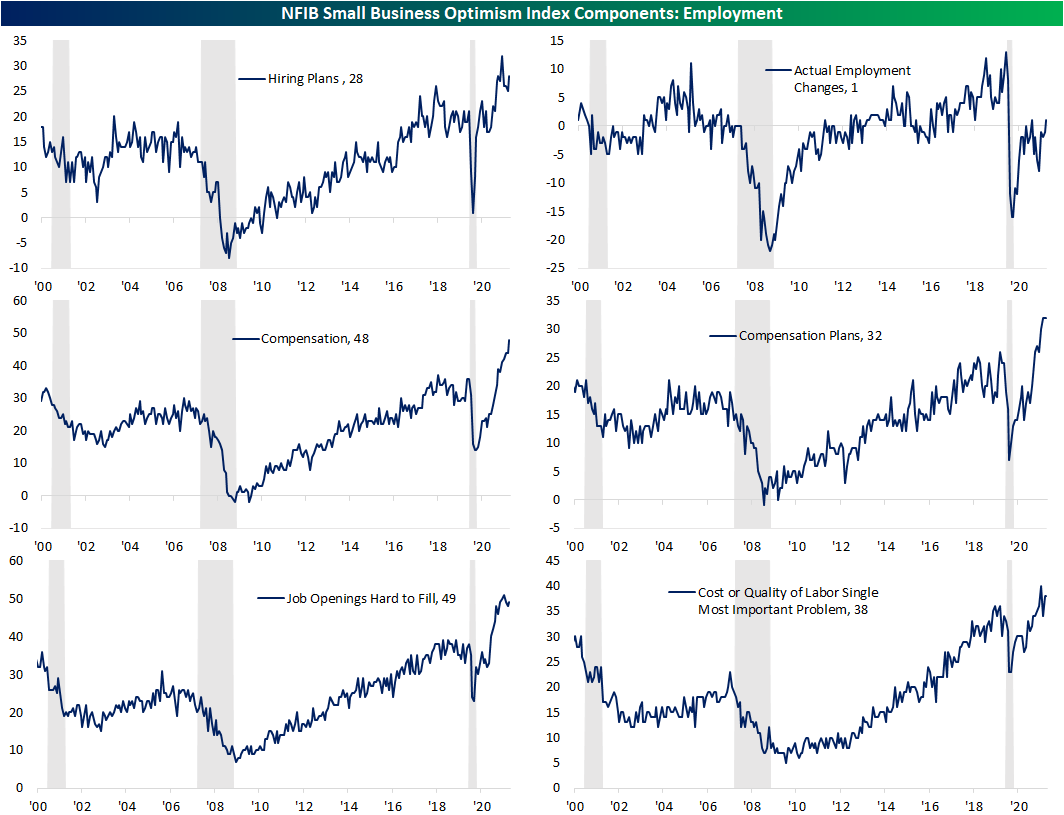