Initial jobless claims fell to 260K this week after last week’s higher than expected reading that was revised even higher to 286K this week.  Claims were expected to drop this week, but the actual decline was 5K larger than forecasts. 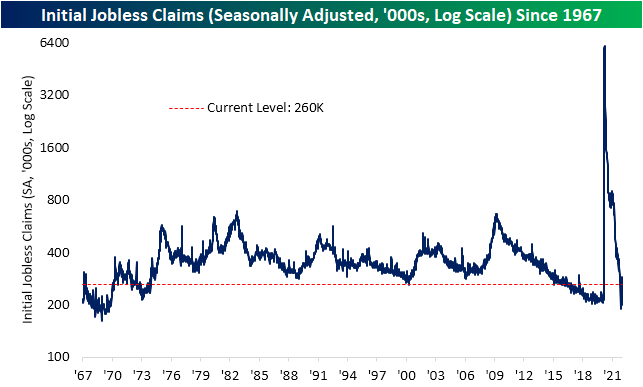 Given this, last week’s weaker than expected adjusted number was a result of a smaller than normal decline in NSA claims. This week’s drop of 73.3K to 267.6K was again smaller than normal, but much closer to the historical average of a 76.5K decline. In other words, the actual drop in claims before seasonal adjustment continues to be weaker than normal for this point of the year potentially as a result of high COVID case counts. Regardless, the actual level of claims for the current week of the year is basically right in line with the average from the few years prior to the pandemic. 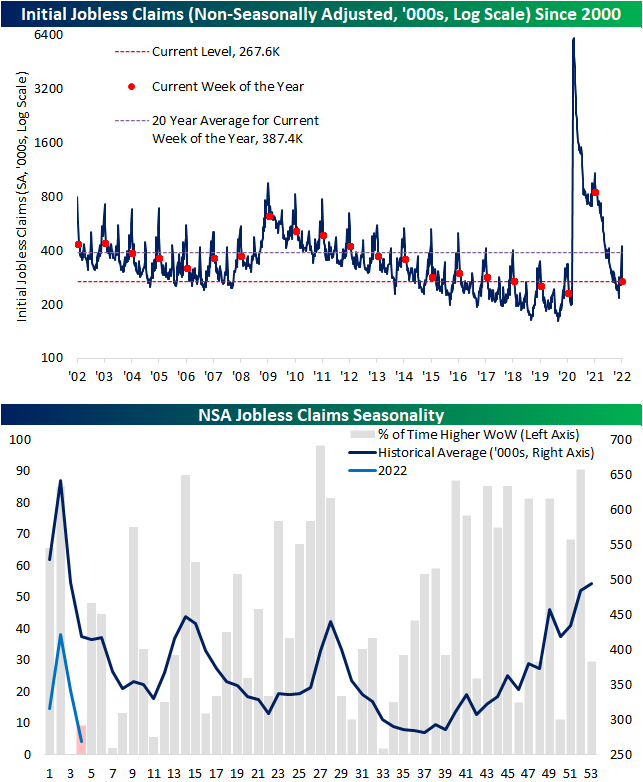 Continuing claims are delayed an extra week to the initial claims number making the most recent print through the week of January 14th.  Claims rose that week from 1.624 million to 1.675 million. That was the third increase in a row, but all things considered, it was only a minor increase as the level of claims remains well below the range of the past several decades and is even below levels from the second half of December.   Click here to view Bespoke’s premium membership options. 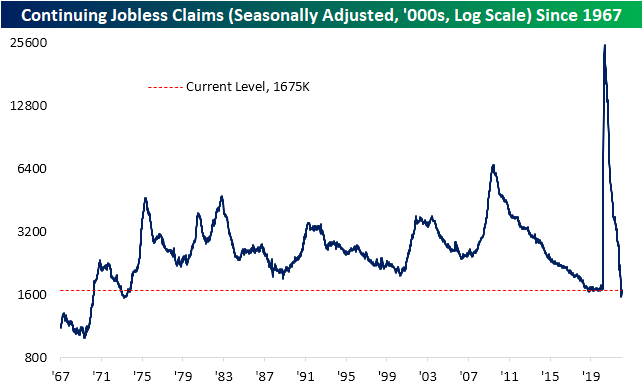