As we have highlighted in the past, the long-term charts of various stock markets from around the world are broadly extended after big moves higher over the past year and a half. While they only put a minor dent in those moves, across the world there have been some pullbacks recently.  Of the G7 countries, only two are not that extended: Italy and the UK.  In the case of the former, it did break out earlier this year which was followed by a 7.2% pullback from early June through July 19th.  Since that low, Italian equities have been returning up to those prior highs and are now 1.79% away. UK equities, on the other hand, continue to sit below their highs from a few years ago but are trending higher. While Japan surged in 2020 and early 2021, it has been in a more prolonged pullback over the past several months. 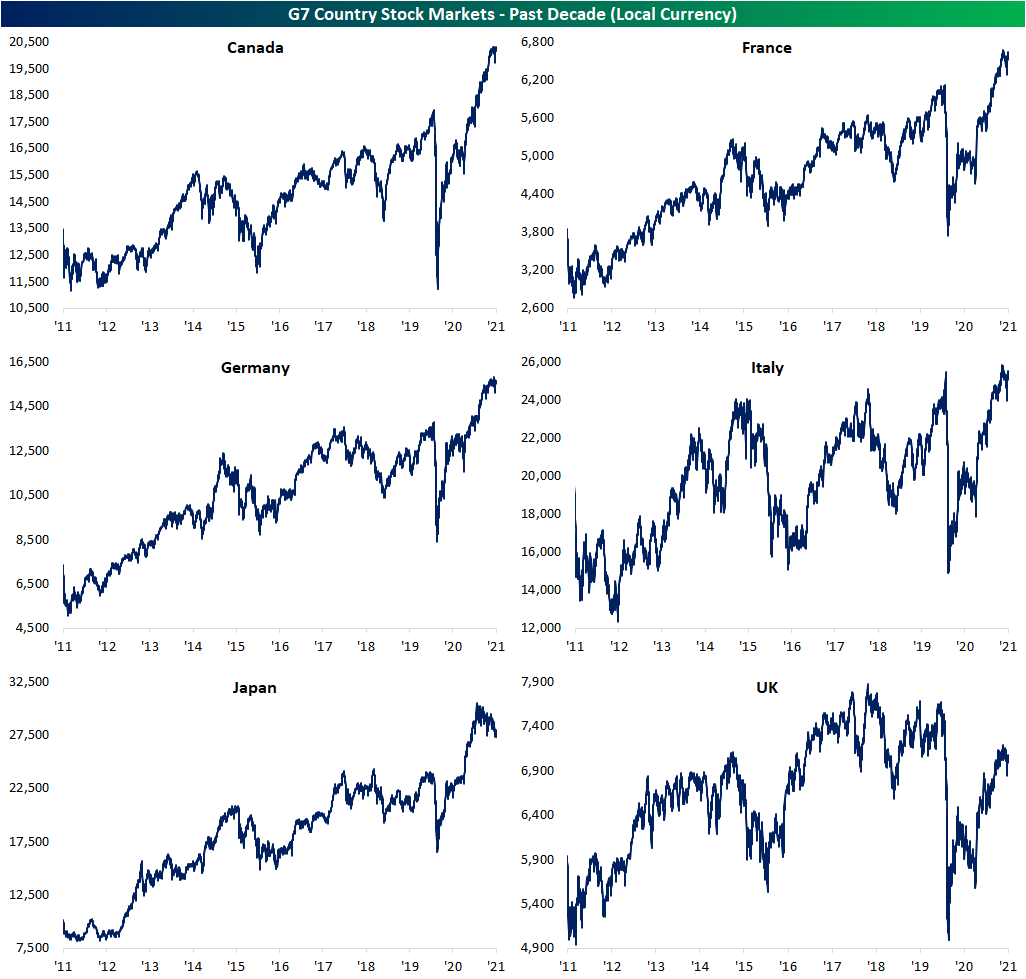 As for the BRIC countries, the picture has been more mixed. While Brazil surged higher earlier this spring, the country’s equity market has been in a downtrend over the past couple of months.  Russia has been in a more uninterrupted uptrend, although it too has been pulling back from its highs this month.  While a deteriorating COVID picture earlier this year had hit Indian equities hard, they quickly rebounded to new highs by early June.  In the roughly two months since then, Indian stocks have been trending sideways.  At the start of the year, Chinese equities had broken out above the mid-2010s high, but the country’s stocks have since given up the ghost.  That is especially the case over the past couple of weeks given worries surrounding regulatory risks.  Click here to view Bespoke’s premium membership options. 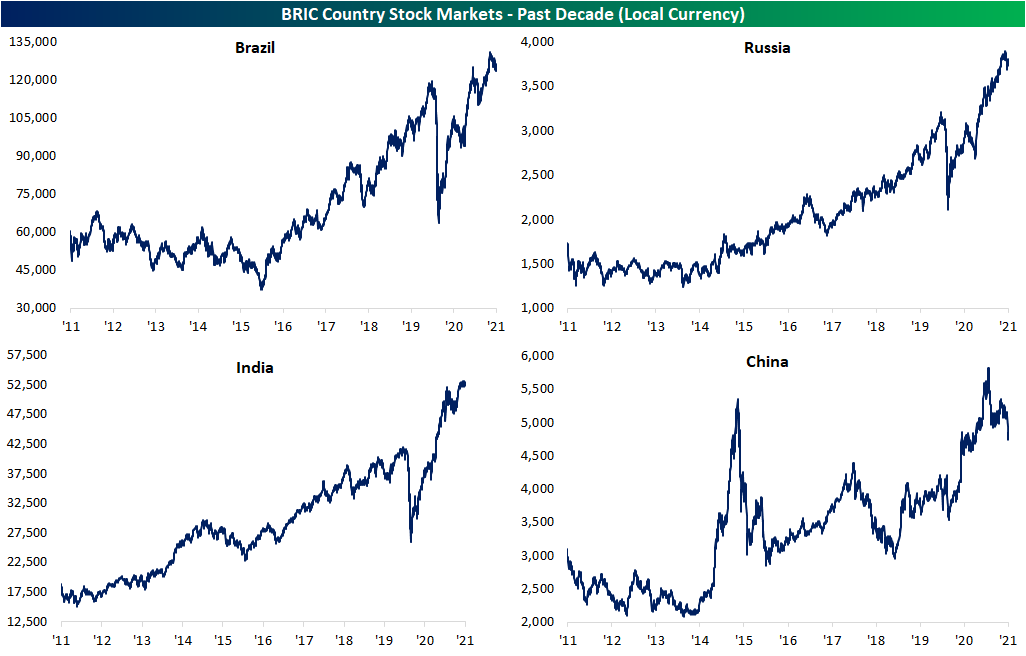