Even though the S&P 500 has essentially traded sideways over the past week, sentiment saw a slight improvement.  AAII’s weekly survey of individual investors found 47.1% of respondents reported as bullish. That is up slightly from 45.5% last week and the highest level of bullish sentiment since the week of December 10th. 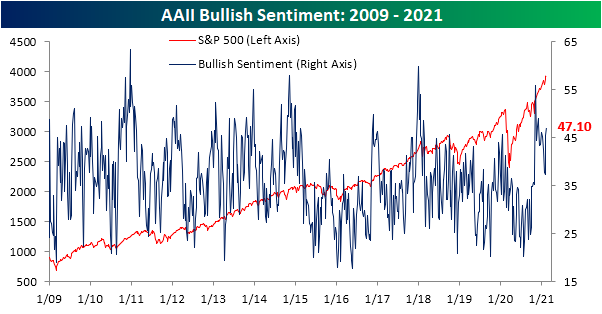 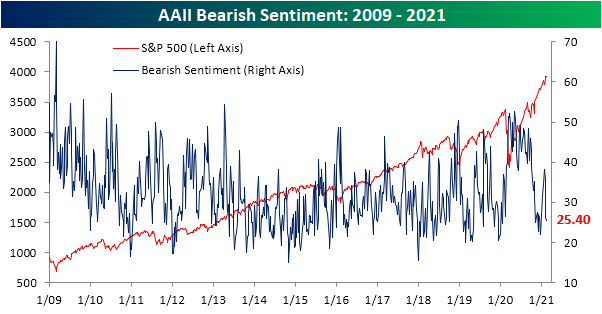 This week’s moves in sentiment resulted in the bull-bear spread rising for a third week in a row.  With a spread of 21.7 percentage points, sentiment favors bulls by the widest margin since the first week of December. 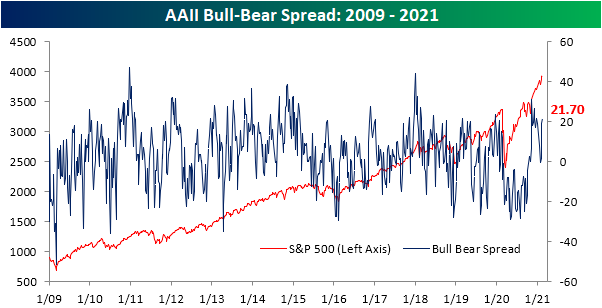 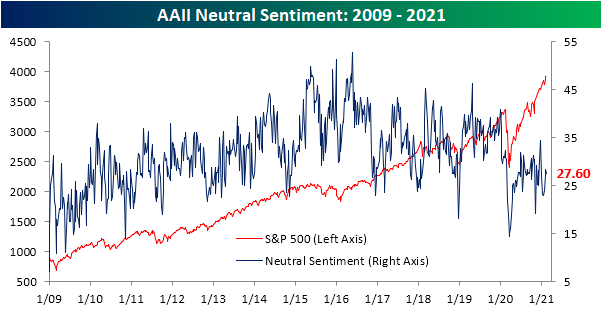