ln today’s Morning Lineup, we noted the inverse correlation between performance this week and market caps.  As shown in the major US Indices screen of our Trend Analyzer tool, the two best performers over the past five days have been Micro-Caps (IWC) followed by small caps like the Russell 2000 (IWM) and the Core S&P Small-Cap ETF (IJR).  Mid-cap ETFs are the next best performers with high 2% gains then most large cap indices have only risen around 1.5% this week with the exception of the Dow (DIA) which has not even gained 1%.  As for where these indices are trading relative to each one’s trading range, it is partially a mean reversion story.  Small caps were deeply oversold one week ago and are now sitting just below their 50-DMAs. While not to as extreme of a degree, mid-caps were similarly trading a full standard deviation below their 50-DMAs last week. Today, they are on the opposite side of their 50-DMAs and on the verge of overbought readings. 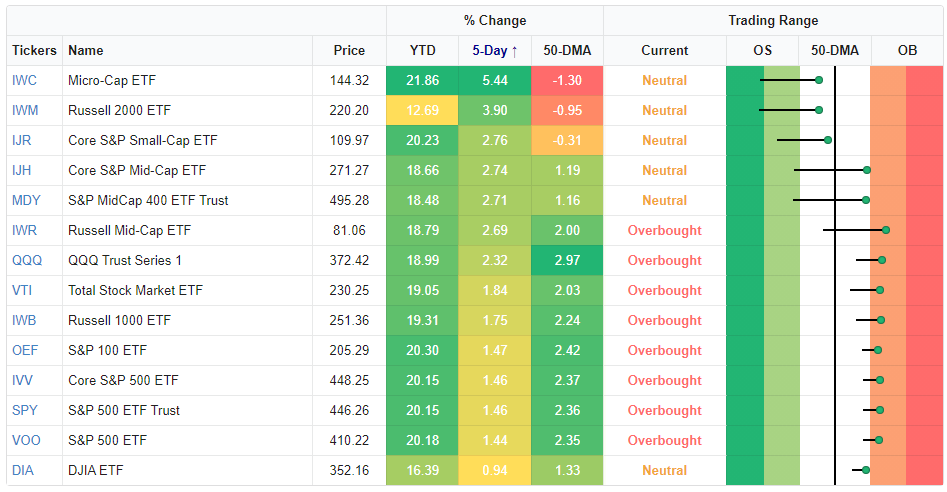 As previously mentioned, small caps like the Micro-Cap ETF (IWC) and Russell 2000 ETF (IWM) were oversold last week. From a charting perspective, each of these indices’ rallies this week are not only bounces from extreme oversold levels, but they also follow brief dips below their 200-DMAs. But whereas the past five days have seen solid gains, yesterday saw IWC and IWM reject their 50-DMAs and the high end of their ranges that have been in place since late July. In other words, even though small caps have led the market this week, they are not out of the woods yet. 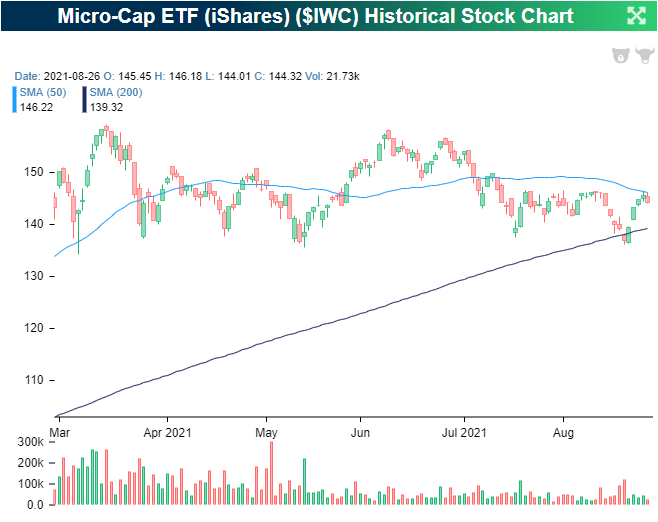 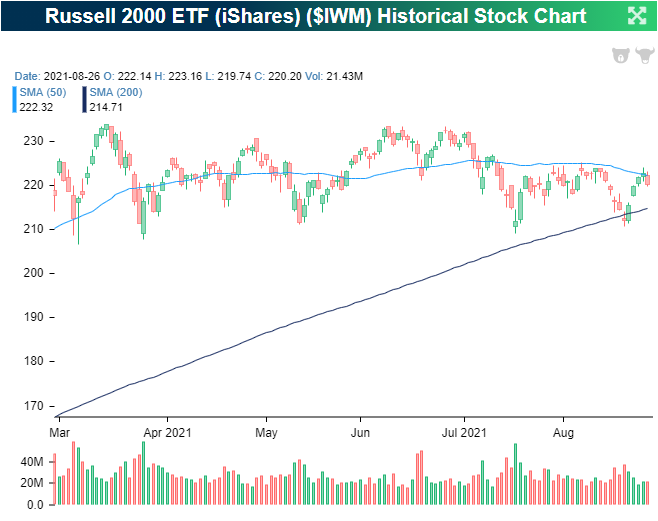 Looking at the relative strength lines of small caps like IWC and IWM versus the large cap S&P 500 (SPY) over the past year, the past week’s outperformance again is a blip on the radar and has only put a small dent in the longer term trend of underperformance. 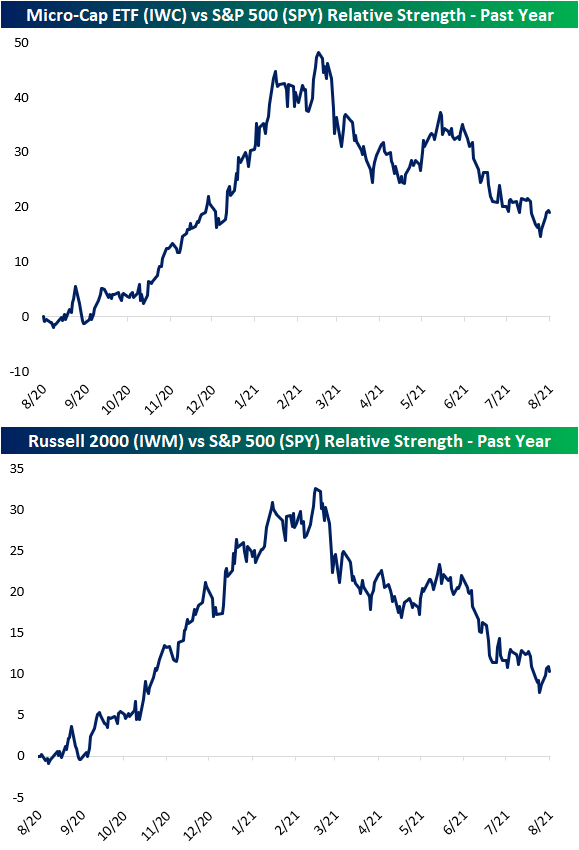 Where that is not necessarily the case is small market caps versus the smallest market caps.  As shown below, the relative strength line of the Micro-Cap ETF (IWC) versus the Russell 2000 (IWM) broke out of the past few months’ downtrend over the past few days.  Click here to view Bespoke’s premium membership options. 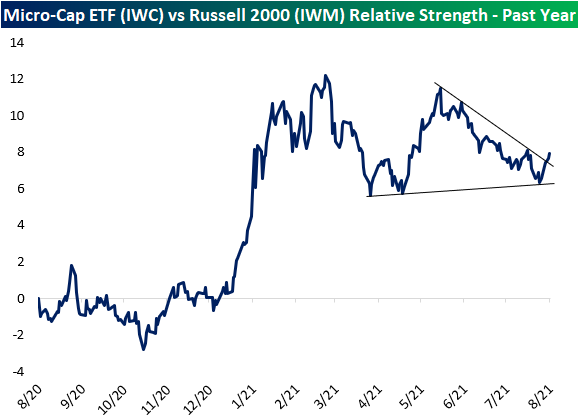