One of the topics we covered in last Friday’s Bespoke Report was the outperformance of small caps over the past year. Even on a much shorter time horizon, that outperformance has been evident. As shown in the snapshot of our Trend Analyzer below, in the five days ending last Friday and on a year to date basis, both Small Cap Growth (IJR) and Small Cap Value (IJS) have been two of the top-performing ETFs in our US Styles screen while large-cap counterparts have also been higher but with more modest gains.  With a particular focus on growth stocks, while the S&P SmallCap 600 Growth (IJT) ETF was up the most of these ETFs last week with a 3.96% gain, the S&P 500 Growth ETF (IVW) was the second-worst performer after ‘only’ rising 1.05%.  That continued a trend that has been in place YTD with the performance spread between the two ETFs topping ten percentage points. 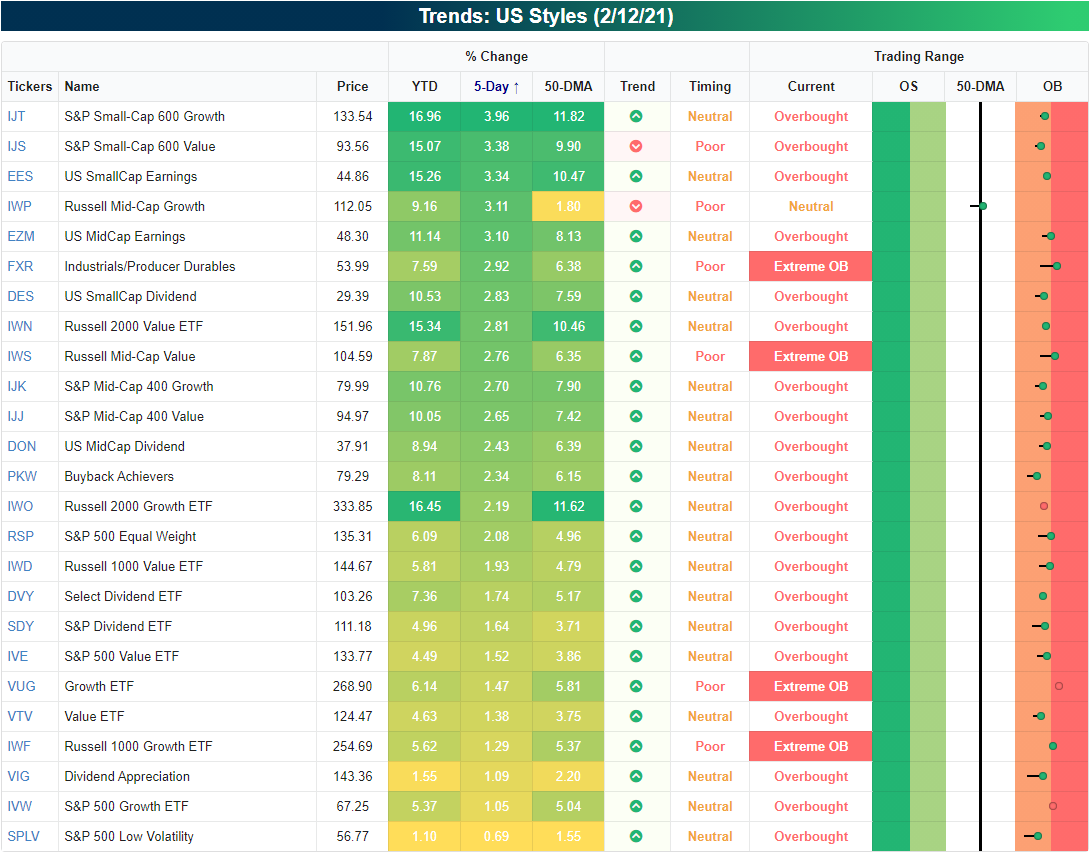 We are coming up on the one-year anniversary of the last highs on February 19th, 2020 just before the COVID crash. For most of the past year since then, large-cap growth (IVW) had actually been outperforming small-cap growth (IJT), but since the new year began, small-cap growth has jumped ahead. Now, the S&P Small Cap Growth ETF (IJT) is up 35.31% since the 2/19/20 high compared to a 28.16% gain for the S&P 500 Growth ETF (IVW). As shown in the second chart below, IJT had been catching up on IVW for some time now though. The relative strength line of IJT versus IVW had been in a downtrend for most of the past five years meaning large-cap growth had been generally outperforming the small-cap counterpart.  Since the lows last March, the line trended sideways meaning neither one saw significant outperformance, but come the fall, the line has taken off in favor of small caps.  With more outperformance in the past week and a half, that line has turned sharply higher once again reaching the highest level since December of 2019 last week.  Click here to view Bespoke’s premium membership options for our best research available. 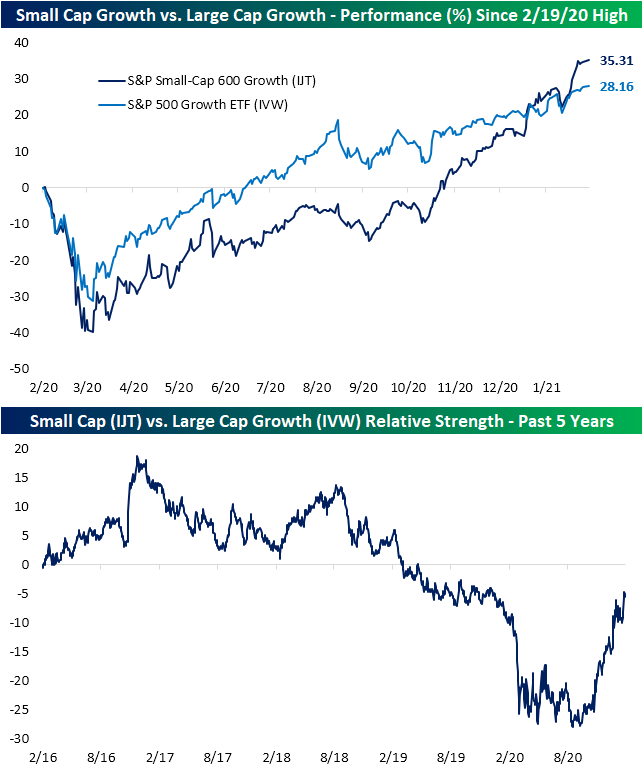