Early this morning, the NFIB released their June reading on small business sentiment.  The headline reading has historically been correlated with changes in the political landscape and exactly that happened following last year’s Presidential election.  However, the 2.9 point rise in June leaves the index fully recovered from its post-election losses as it came in at the highest level since September and October’s joint high of 104. 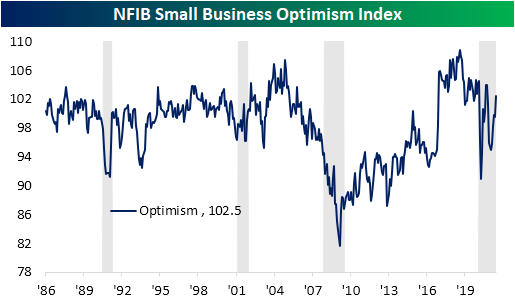 Breadth was generally strong across the categories of the report with seven of the ten inputs to the headline index rising month over month.  As we noted earlier in the Morning Lineup, the indicators regarding employment are some of the most impressive.  While actual employment changes remain negative, meaning more firms reported decreases than increases in hiring, hiring plans came in at a record high.  In other words, businesses would like to be hiring more workers than they can. To make up for that, they are raising wages with both the indices for Compensation and Compensation Plans coming in at or near records.  That appears to be enticing workers as there was a slight downtick in the number of firms reporting that openings are hard to fill in addition to the month-over-month uptick in the index for Actual Employment Changes. 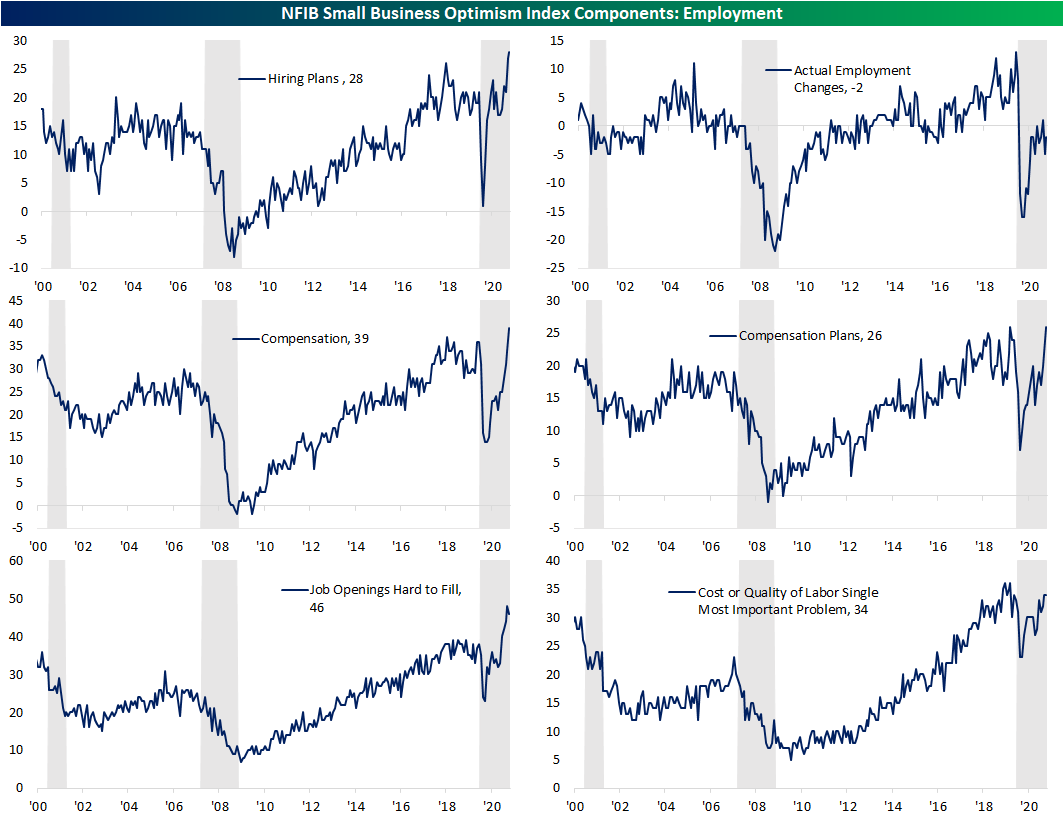 Wages are not the only area of inflationary pressure though.  More broadly, a net 47% of businesses reported higher prices.  That is far and away above the normal historical range and marked the third month in a row with a record high. 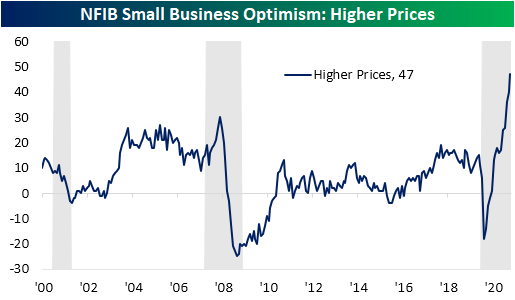 Wages and prices were not the only areas to see a record.  The index of Inventory Satisfaction, which measures the net percentage of respondents saying current inventory levels are “too low” versus “too high,” is also at the highest level to date.  While not at a record high, that sentiment has brought Inventory Accumulation (the net percentage of companies reporting actual increases versus decreases in inventory levels) to the highest level since October which is in the top 1% of all months in the history of the survey.  While companies are investing in wages and inventories, capital expenditure readings are more muted.  The indices for Capital Expenditure Plans and Actual Changes in Capital Expenditures came in the 19th and 15th percentiles.  Click here to view Bespoke’s premium membership options. 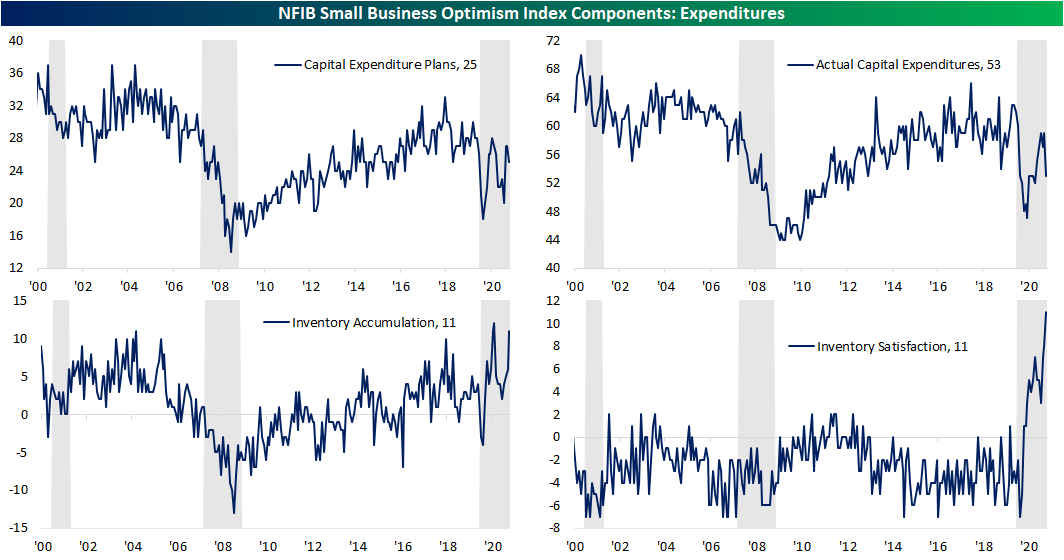