In today’s Morning Lineup, we covered some of the details of this morning’s release of the NFIB’s monthly survey on small business sentiment. The survey showed rising prices, tight labor market conditions, and overall improving demand.

The NFIB also surveys businesses on what they consider to be their single most important issues. For the majority of businesses, cost or quality of labor and government requirements or taxes are the most prevalent. In total, 64% of businesses reported one of these as the biggest problem. Meanwhile, the percentage of businesses reporting weak sales as the most pressing issue continues to fall which is indicative of a further recovery in demand.  One other interesting decline was in the issue of competition from ‘big business’.  Only 7% of businesses reported this as their biggest problem which is the lowest reading since October 2017.  While up 1 percentage point in April, cost or availability of insurance is also still around some of the lowest levels of the past decade.  While that mention of costs has ticked only slightly higher similar to the cost of labor which rose 1 percentage point in April, inflation more broadly is increasingly on the minds of small businesses.  6% of businesses reported higher prices as the biggest issue which is triple the reading from February and is the highest level since August 2013.Click here to view Bespoke’s premium membership options for our best research available. 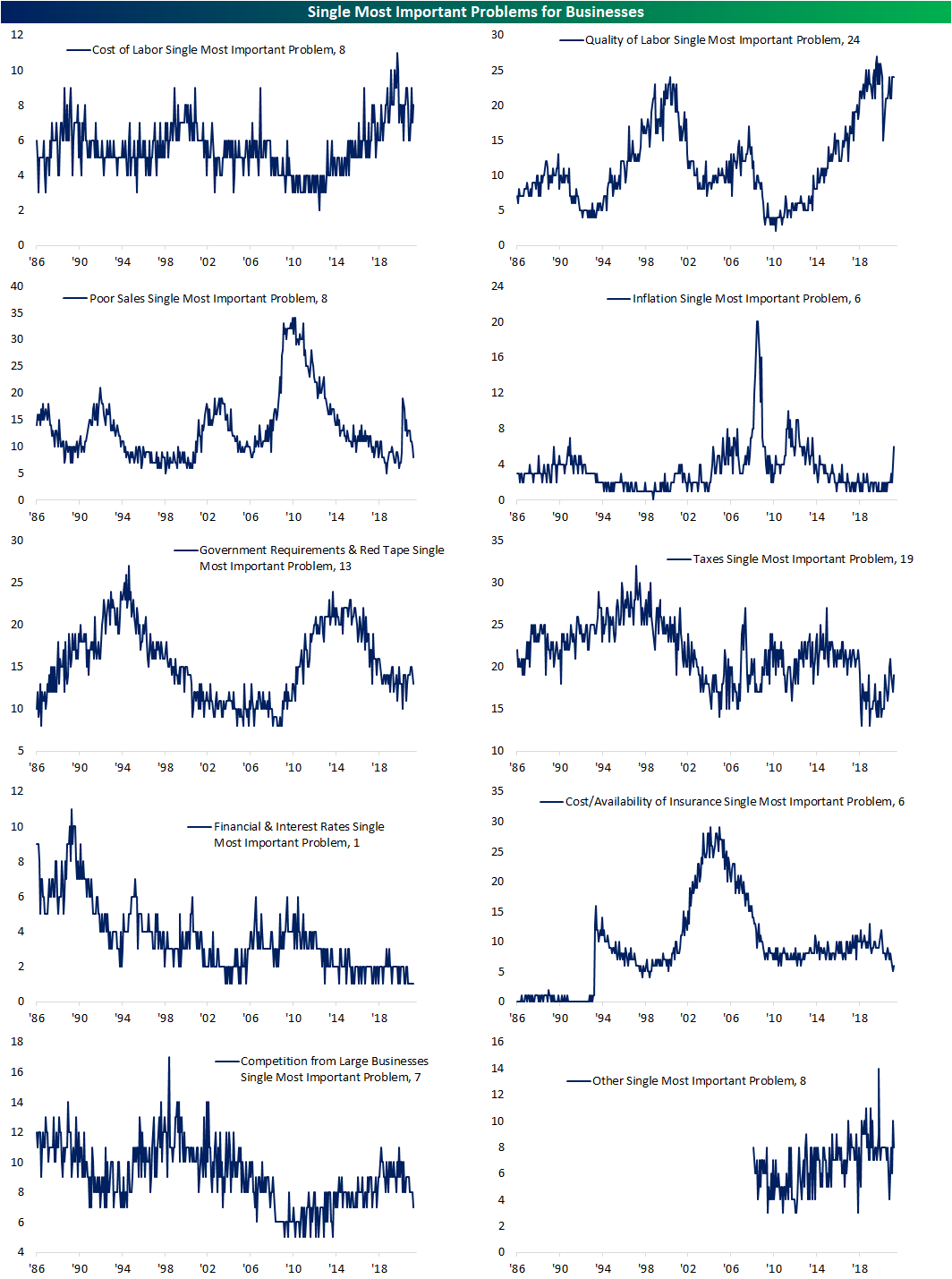