The NFIB’s reading on small business optimism was unchanged in October. The headline index held steady at 104 which was slightly worse than expectations for a small increase to 104.1.  While not higher or lower, the index remains around similar levels to just before the pandemic began and at the low end of the past few year’s range. 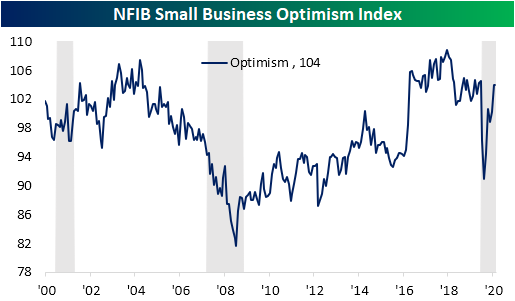 That low end of the past few years’ range is also at the high end of the historic range.  At 104, the headline index is still in the top 10% of all readings.  With no change in October, breadth among the components was mixed, but most indices were still indicative of more companies reporting stronger conditions on a net basis, albeit not at the same pace as September. Of the ten indices that comprise the headline number, half fell versus September’s levels, one was unchanged, and four were higher.

For the labor market as a whole, multiple indices were not as strong as September, but the readings were still indicative of improvement. Even as the index for Plans to Increase Employment declined five points, there are still more companies expecting to increase hirings than decrease them.  Meanwhile, fewer companies are reporting realized decreases in employment as the index for Actual Employment Changes rose 4 points to the strongest level in seven months.  That is still consistent with more firms on net basis reporting decreases in employment over the past three months.  Additionally, a third of companies continue to report that job openings are hard to fill (down 3 points from last month). 48% of responding firms also reported that there are few or no qualified applicants for their positions, and 87% of firms report that they are currently hiring or trying to hire.  In other words, while plans to increase employment are not as strong as they were in September, hiring troubles rather than layoffs appear to a bigger factor.  Also, an increasing number of businesses plan to raise hiring in the near future. Given this, a net 18% of firms report that they plan to increase compensation plans with a net 23% raising compensation in October, the same net percentage as September.

As employment metrics are fairly strong, a higher share (net 11% vs 8% last month) of companies reported that they expected sales to be higher. Meanwhile, the index for Actual Sales Changes rose 12 points – tied for the fourth largest MoM gain on record.  That was the first positive reading since March. With demand appearing strong, the index for Plans to Increase Inventories reached a record high in October which is a positive for growth going forward. Click here to view Bespoke’s premium membership options for our best research available. 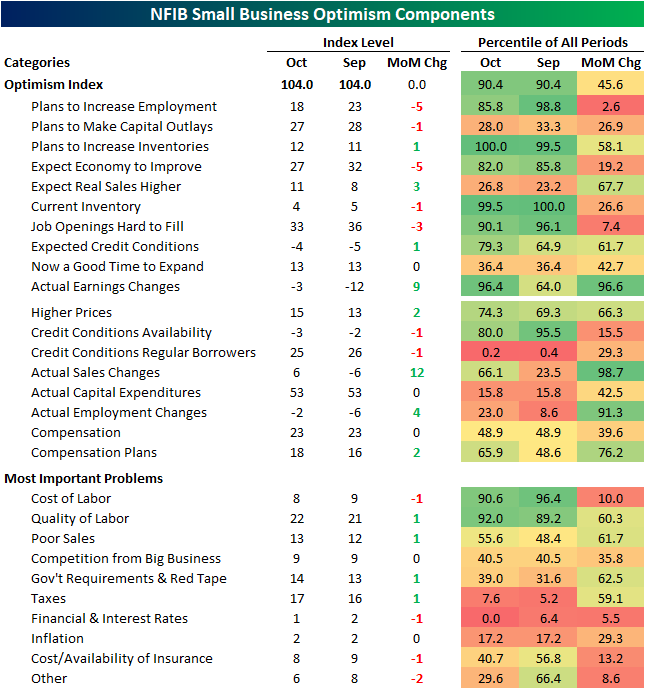 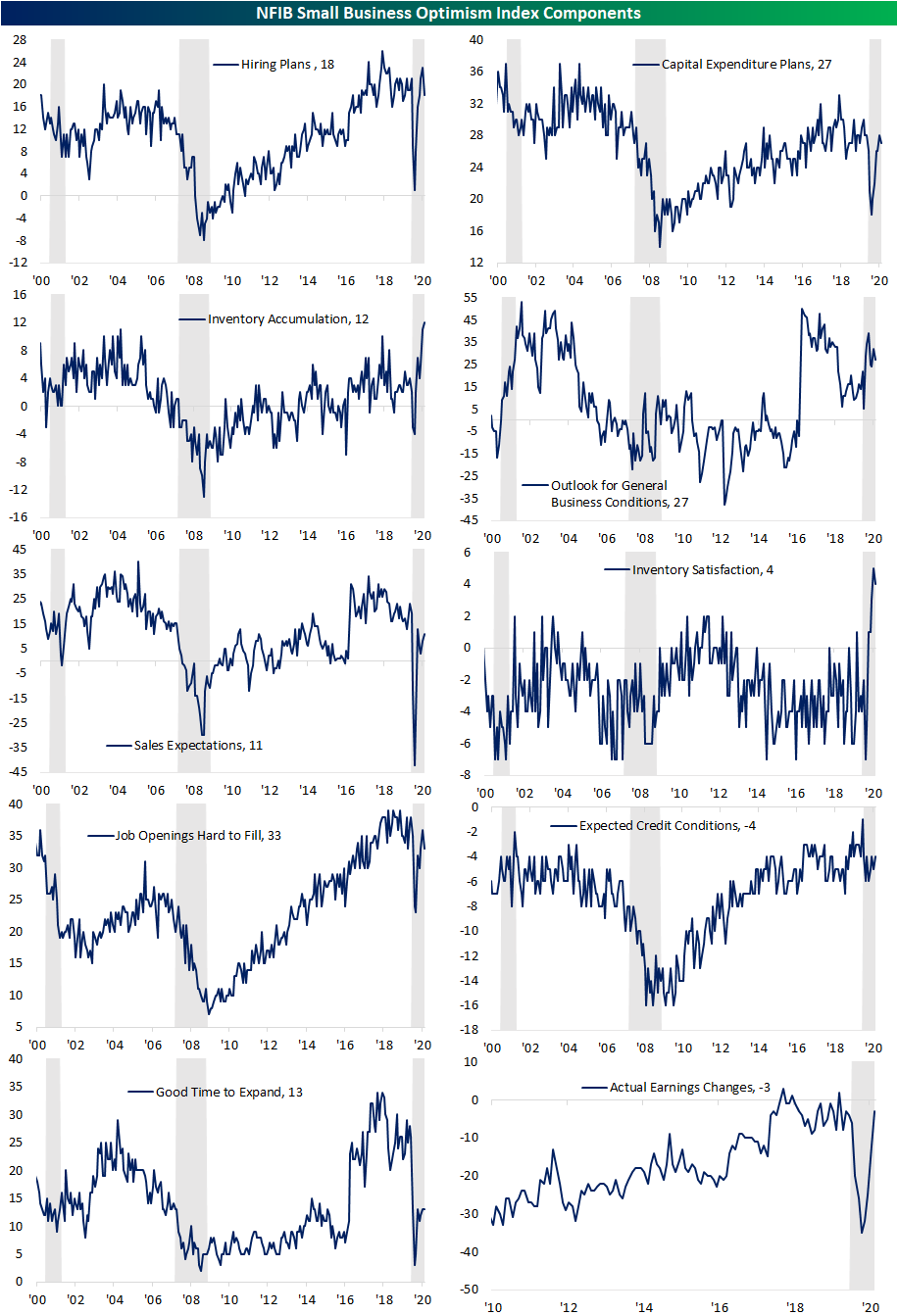