After two months of some of the largest gains to small business confidence on record, NFIB’s Small Business Optimism index pulled back slightly in July. The index fell 1.8 points to 98.8 which was also below expectations of a reading of 100.5. While lower sequentially and still well off the highs from prior to the pandemic, July’s level of 98.8 was less than half a point from the historic average for small business optimism of 98.4. 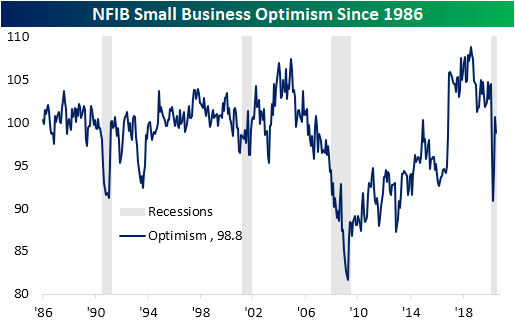 Overall, breadth was very mixed in the July report.  Of the ten components of the headline index, four fell, one was unchanged and the other five rose.  As the pandemic drags on, the most glaring decline weighing on the headline number was for expectations of improvements in the economy.  Fewer companies reported now as a good time to expand (that index fell to 11 from 13 in June) and a net percentage of 25% expect the economy to improve compared to 39% in June.  The 14 point decline is tied with an identical decline in August of 2011 for the seventh-largest MoM decline on record for that index, but it only leaves that component in the 81st percentile of all readings. In other words, small businesses are less optimistic for the future than they were in June, but on net are still expecting the economy to improve.  That can be seen through hiring plans as a higher share plan to increase employment and increase capital expenditures with those indices rising 2 points and 4 points, respectively. On the other hand, fewer businesses plan to increase inventories as those expecting higher sales remains muted albeit improving. That can also be seen through the 3 point rise in the index for actual earnings changes. Fewer businesses were also reporting weak sales as the most pressing issue for business.

Additionally, although they are not inputs to the headline index, a record low of 26 percent reported borrowing on a regular basis, though, the cause of that does not appear to be due to credit availability. The index for credit availability was slightly higher in July and remains in the top 5% of all readings. The most important issues echo this as only 1% reported financials and interest rates to be the biggest issue; unchanged from last month.  The biggest issue for businesses remains the quality of labor. That index rose from 19 in June to 21 in July.  Click here to view Bespoke’s premium membership options for our best research available. 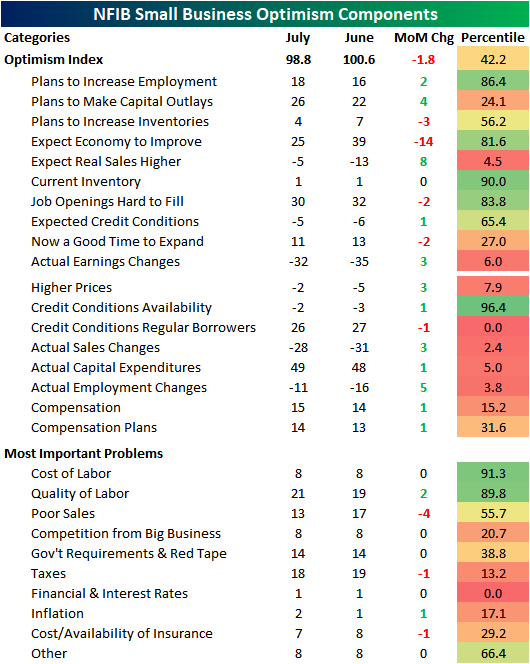 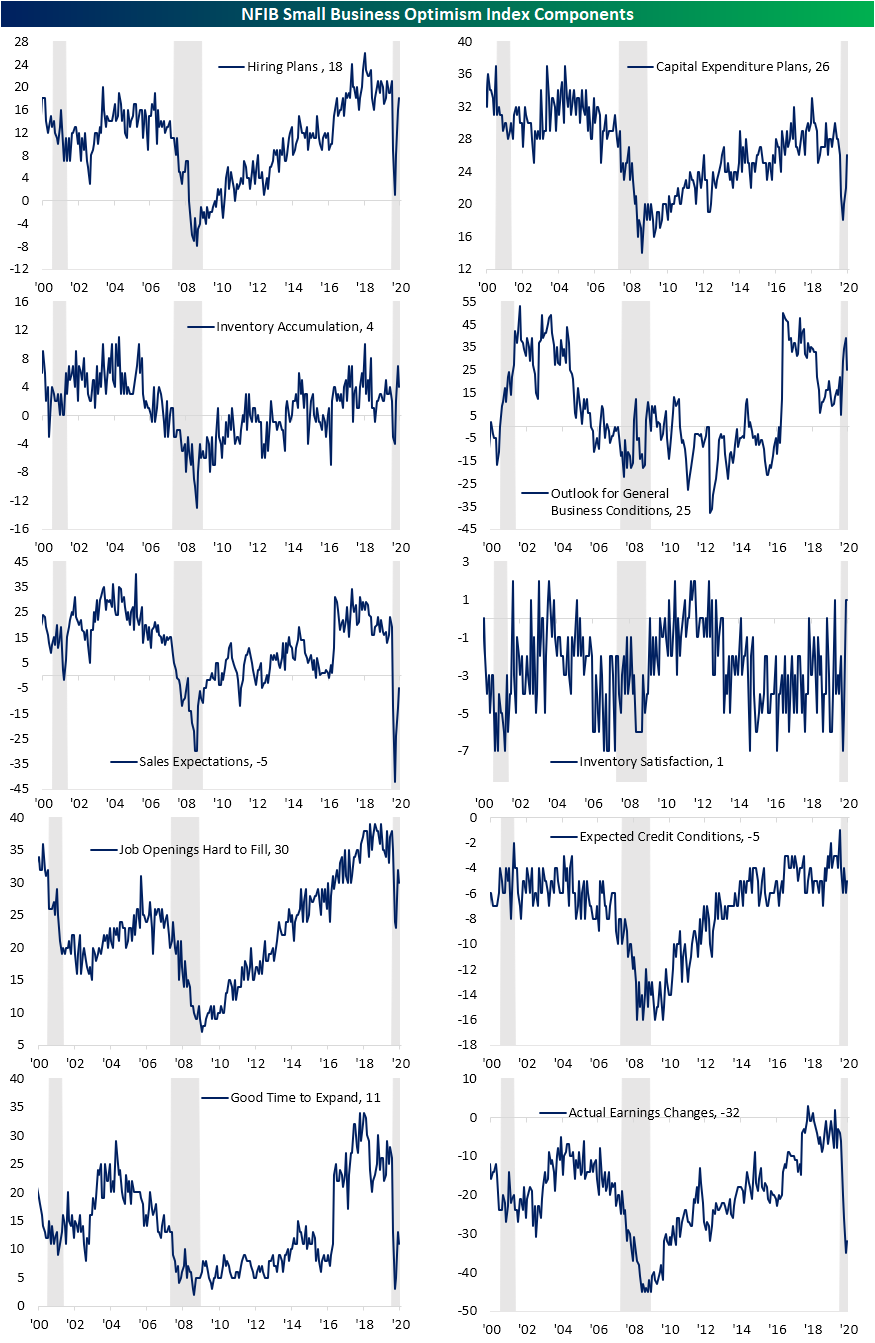