Sentiment among small businesses continued to improve in the month of September according to the NFIB’s monthly Small Business Optimism Index.  As shown below, the index rose 3.8 points to 104 which is now just half of a point below the levels prior to the pandemic in February.  That was also better than expectations of a smaller improvement to 101.2.  Small business sentiment has now risen in four of the past five months. 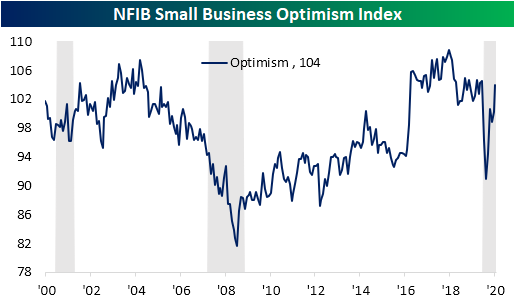 In the table below, we break down this month’s report by each of the ten components of the headline number as well as the many other indices included in the report such as those not used as inputs to the headline number and what small businesses are reporting to be their biggest problems.

Across all indices of the September report, breadth was solid with only a couple of indices falling month over month—Expected Credit Conditions and Credit Conditions Availability.  Some of those that were higher saw record or near-record month-over-month increases.

Some of the most notable indices this month included those regarding inventories.  The Current Inventories index which gauges the net percent of owners viewing current inventory levels as too low rose 2 points to a record high reading of 5.  Given this, the index for Plans to Increase Inventories is tied with the reading from November of 2004 for a record high of 11.  Indicating low inventory levels, the report is consistent with some other recent data like the regional Fed manufacturing surveys. Those low inventories are resulting in higher prices as that index’s 12-point increase in September marked the biggest one month gain on record. While the Higher Prices index is not at any sort of an extreme, September’s move indicates that a rising number of businesses are raising prices.

Additionally, those higher prices and lower inventory numbers appear to be a result of demand that continues to rapidly improve.  The indices for Actual Sales and Actual Earnings Changes remain negative for a sixth and tenth month in a row, respectively, meaning a net number of businesses continue to see lower rather than higher top and bottom-line numbers.  But these indices are seeing big moves higher.  For the index of Actual Earnings Changes, the 13-point climb in September was the largest on record and the 9-point increase for Actual Sales Changes followed a 13-point increase in August; both being some of the largest one-month moves on record. In order to meet the needs of this demand, a higher number of businesses plan to increase employment with that index rising to 28; the highest level since December of 2018.  Even though businesses seek to hire more, they also report it is hard to fill positions as the index of Job Openings Hard to Fill rose to the top 5% of all readings.  Cost and quality of labor also were reported as two of the most pressing problems for businesses.  Click here to view Bespoke’s premium membership options for our best research available. 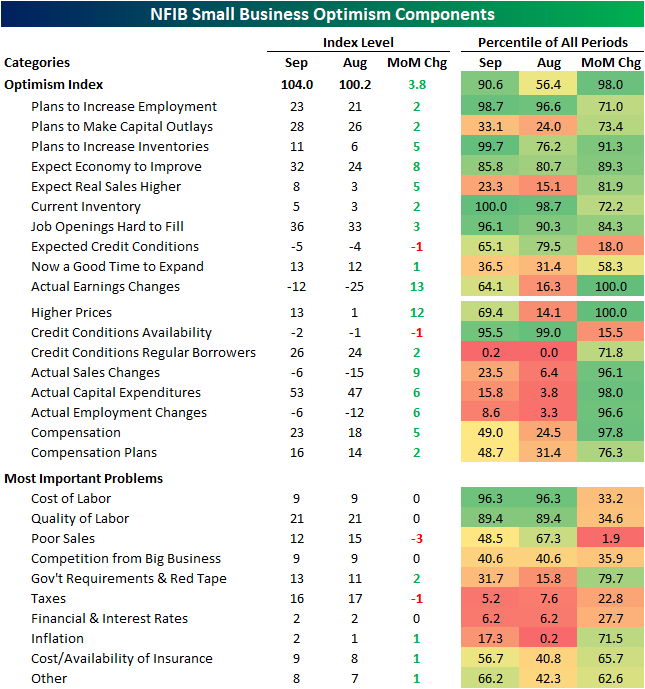 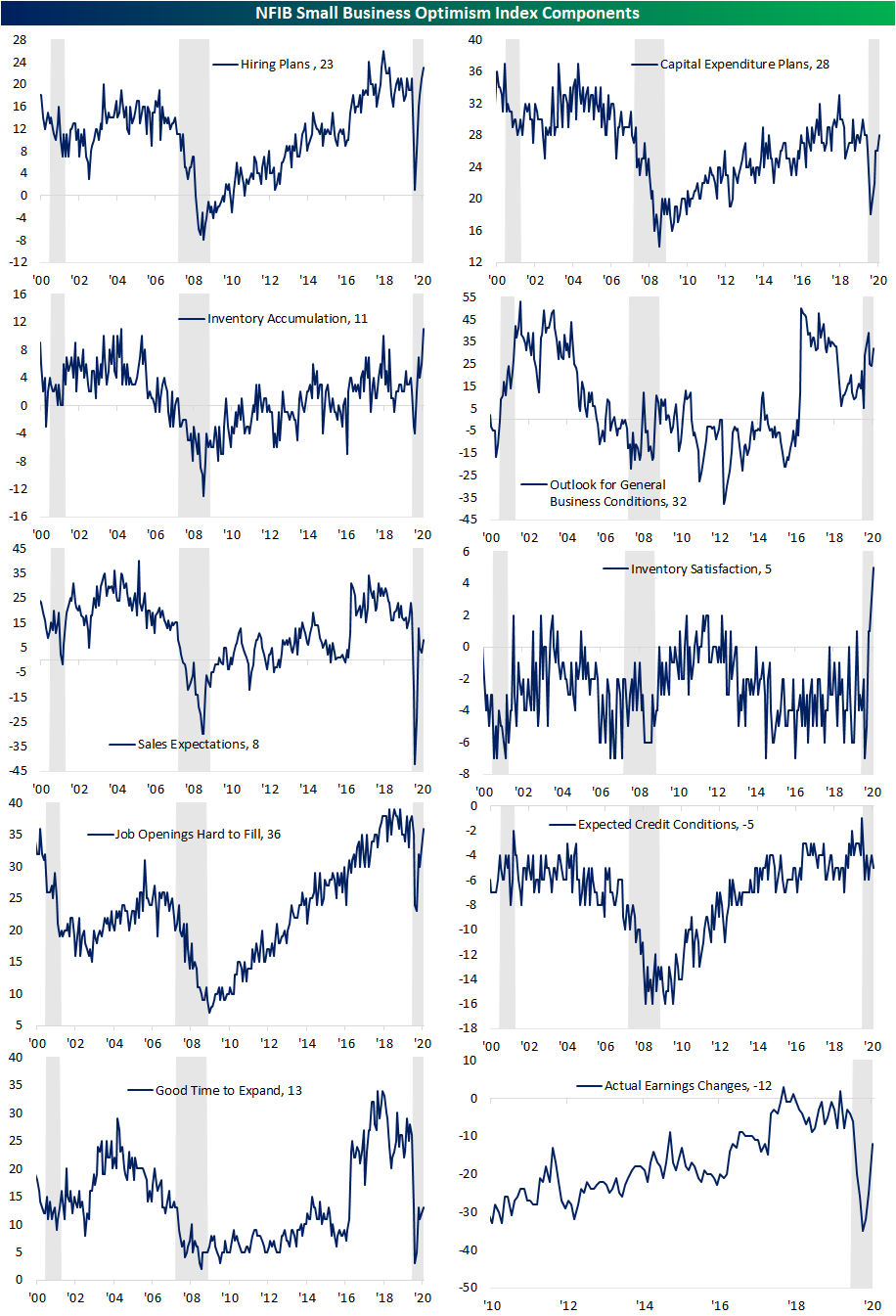