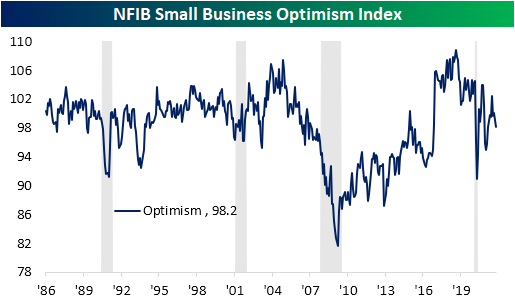 With the decline in the headline reading, breadth was terrible with only one index that is an input to the optimism index—Plans to Make Capital Outlays—moving higher month over month.  The various indices are now all over the place with regards to their own historical ranges.  For example, Higher Prices, Compensation, and Compensation Plans all hit a record high while Expectations for the Economy to Improve and Credit Conditions for Regular Borrowers are just off of record lows. 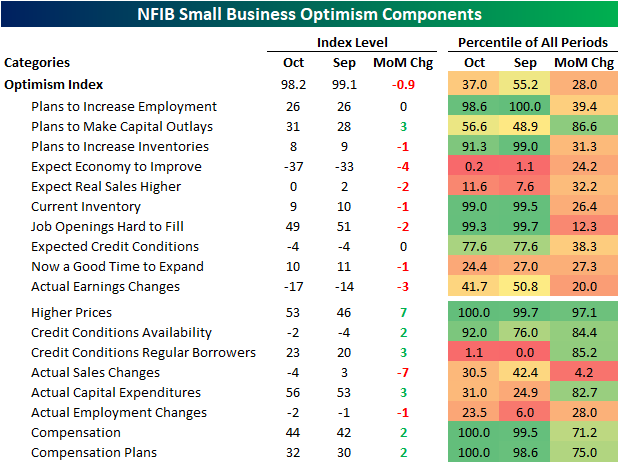 Sales and earnings-related topics weighed on optimism in October. A net negative percentage of responding firms reported weaker actual and earnings changes.  Meanwhile, the weakest percentage of respondents reported now as a good time to expand since February.  Alongside that weaker reading, Outlook for General Business Conditions continues to collapse and is now at the second-lowest level on record; only slightly above the low from nine years ago. One potential factor playing into that weak sentiment is higher prices as that index hit another record. 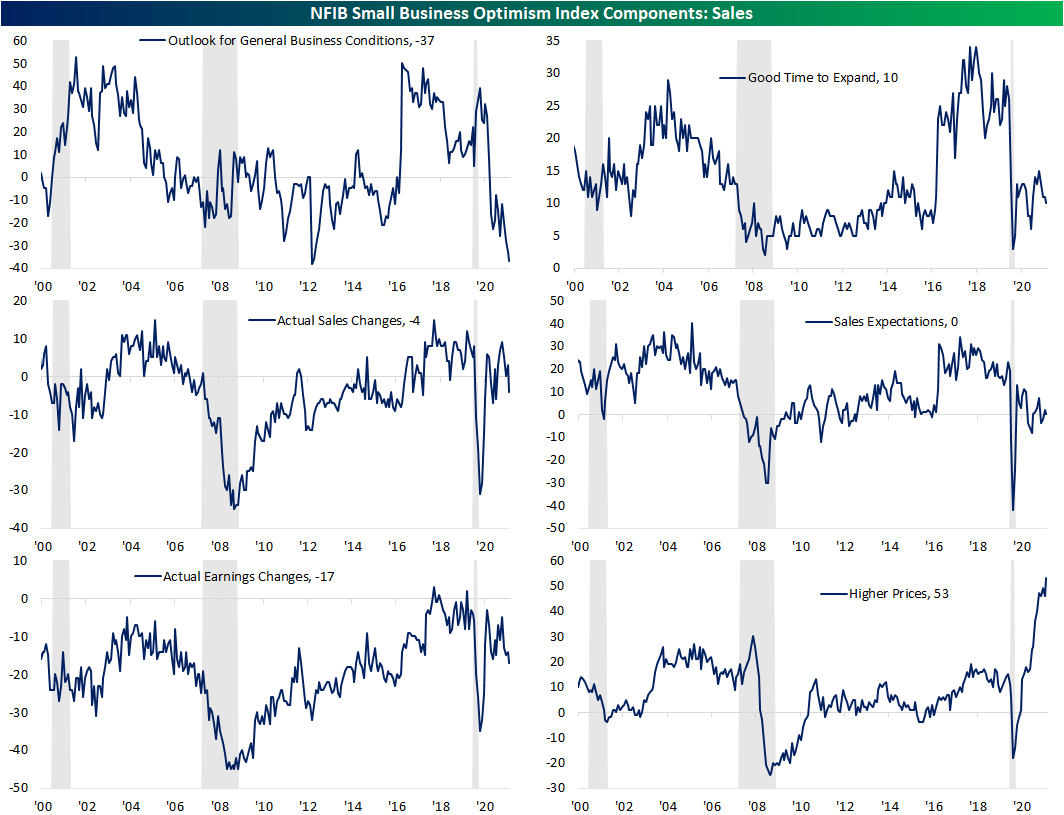 While the headline Small Business Optimism index has declined, it has held up considerably well relative to the massive drop in the Outlook for General Business Conditions.  As shown below, the spread between the two is now at a record high dating back to 1986. 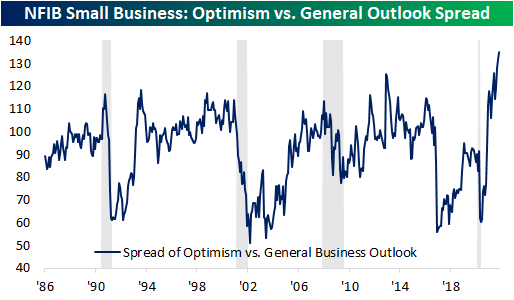 While there were some signs of cooling in October, overall the employment metrics in the report continue to be historically strong. Hiring Plans were unchanged at 26 which is off the late summer peak but still above any pre-pandemic level.  While firms do not plan to take on as many workers as they had planned a few months ago, they are at least paying them better.  Both Compensation and Compensation Plans continue to surge to new record highs. That has appeared to have some effect as the number of firms reporting Job Openings as Hard to Fill fell modestly. Additionally, as we noted in today’s Morning Lineup, fewer businesses are reporting labor problems as their biggest concern.  Click here to view Bespoke’s premium membership options. 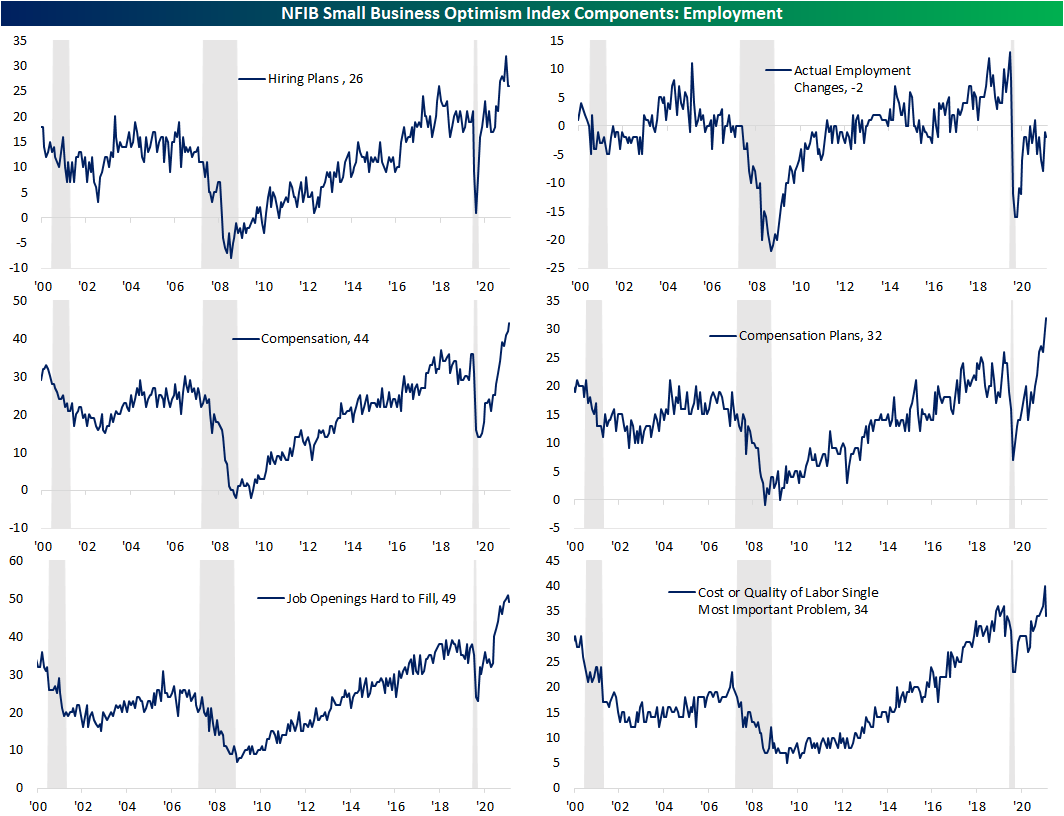