In the couple of years headed into the pandemic, the Russell 2,000 traded in a range having failed to take out its August 2018 high.  After falling harder than large caps during the COVID crash, the Russell 2000 surged off of those lows and rallied 128.5%.  Over the last six months, though, small caps have been stuck in another sideways range.  As shown below, while the index had been on a strong run at the end of 2020 and into January of this year, the push higher has stalled out over the past several months. 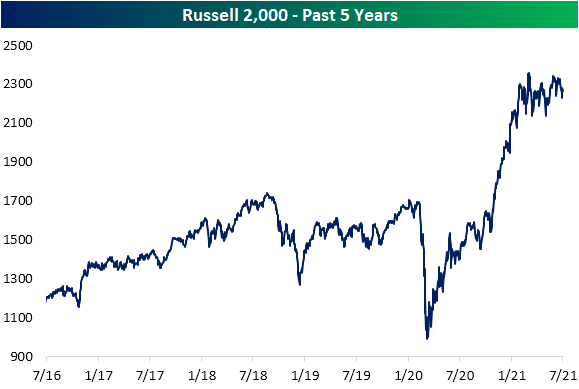 While positive over the last six months (top left chart below), the Russell’s 8.29% gain has been middling relative to history ranking in just the 58th percentile.  Further, with the index having trended sideways over the past few months, there has only been a 13.82% range between its 6-month closing high and low. That is actually at the low end (20th percentile) of the index’s historical six-month ranges. That lack of volatility comes after a historic move to the upside though.

As shown in the right-hand charts below, while current performance readings are coming back down to Earth given the past few months narrower range, the past year has seen record year-over-year changes. In fact, even after falling dramatically, the current reading is still in the top 3% of all year-over-year changes. The 52-week high/low range similarly hit record levels in the past year which have since cooled off but they too remain in the top decile of the index’s readings.  In other words, the Russell 2,000 has been somewhat flat over the past several months, but it should make sense following the past year’s historic move higher.   Click here to view Bespoke’s premium membership options. 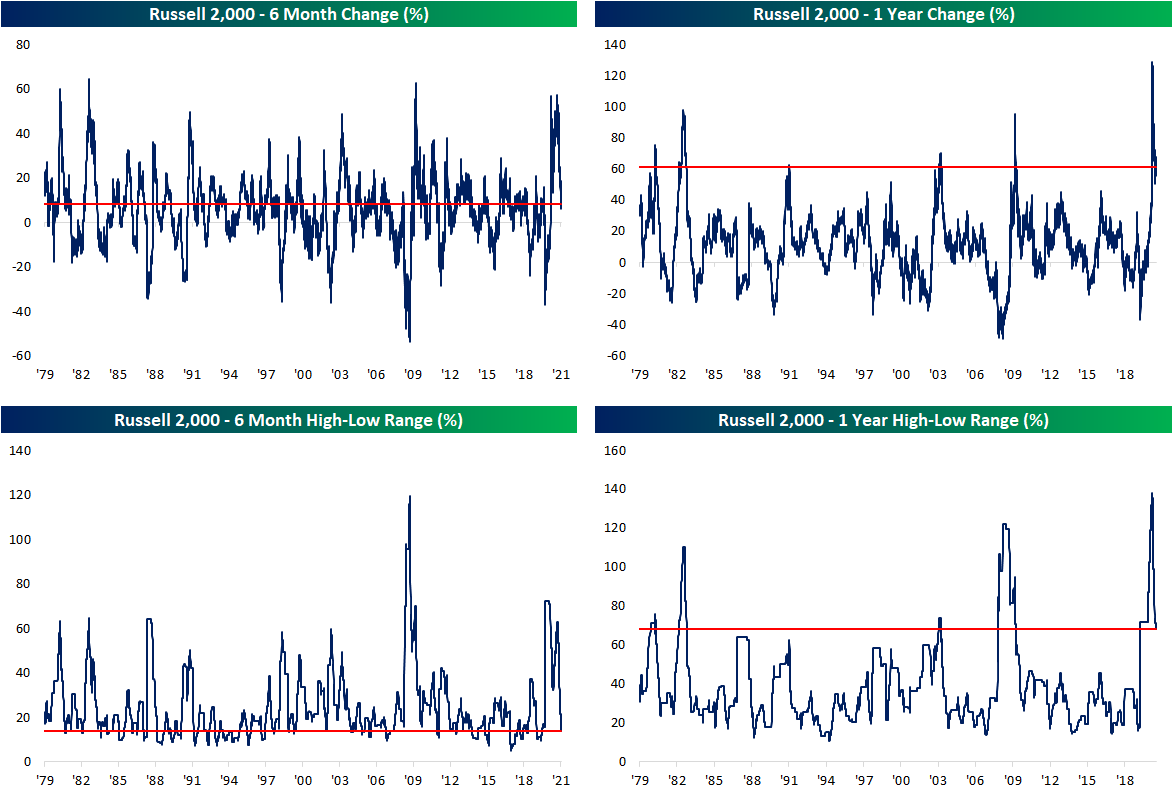