This week was another ugly one for jobless claims, although the weekly trend is moving in the right direction.  While the 2.981 million print was significantly higher than estimates of 2.5 million, this week marked the sixth in a row that claims were down week-over-week. This week also marked the first sub-3 million print and the lowest number since claims first spiked in the week ending March 20th. While the slowed pace of claims is an improvement, this was a smaller WoW decline compared to the past several weeks.  Additionally, with another 2.981 million added this week, the grand total of jobless claims since that March 20th print now sits at nearly 36.5 million, or roughly 11% of the entire US population. 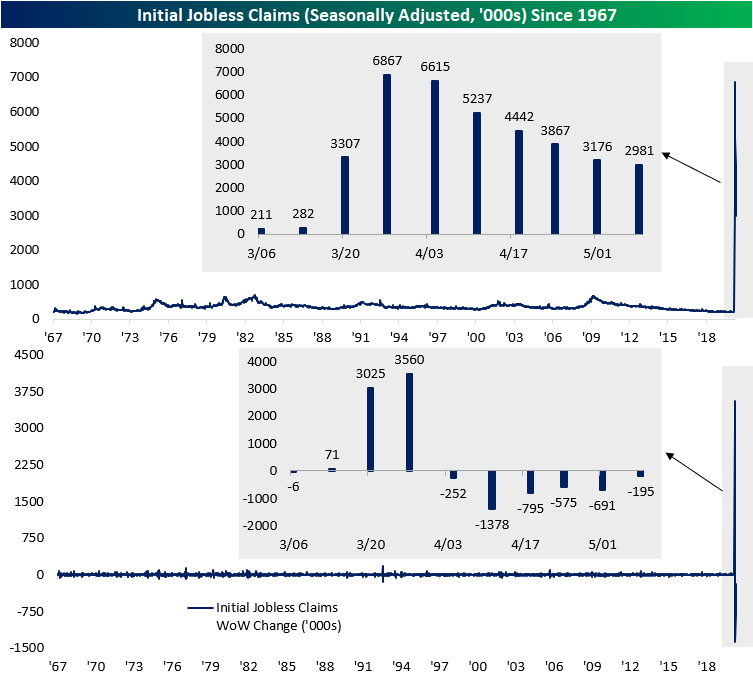 As shown in the chart below, the streak of WoW declines over the past six weeks is now tied for the second longest such streak on record.  Back in 2016, 2009, 1994, and 1993 were the last times that claims had fallen for six straight weeks, and there have only been two other periods where claims fell for longer: 2013 and another in 1980.  Both of those streaks ended at seven weeks. 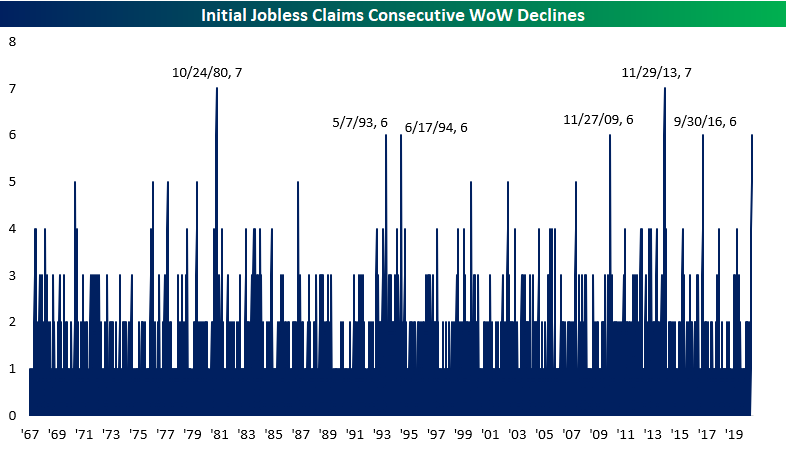 As for non-seasonally adjusted claims the same story holds true. The drop to 2.614 million this week was the fifth consecutive weekly decline and the lowest print since the initial spike in claims in late March. 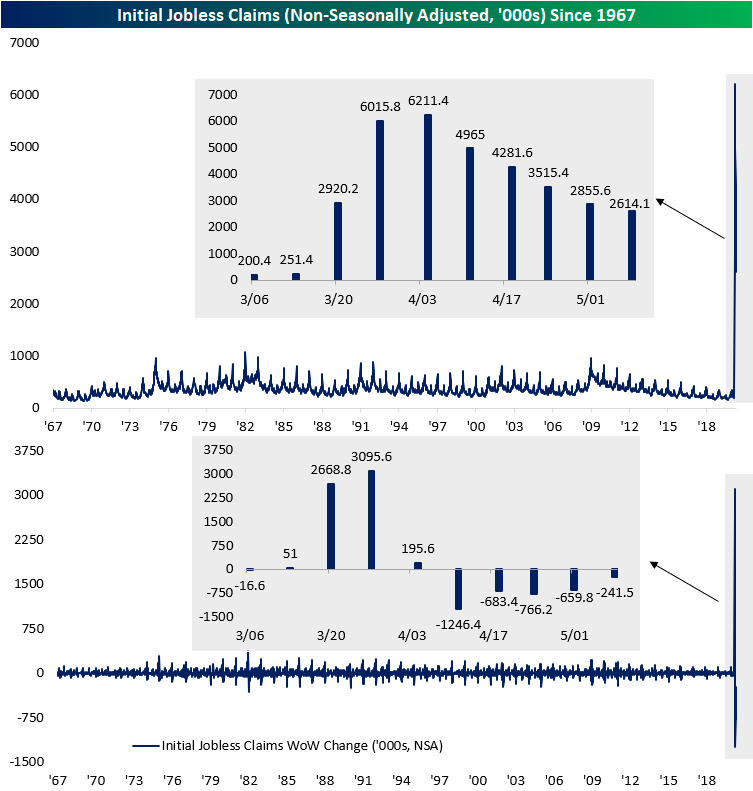 With another lower print, the four-week moving average has also continued to decline.  That measure has now declined for three straight weeks to its current level of 3.617 million. Start a two-week free trial to Bespoke Institutional to access our interactive economic indicators monitor and much more. 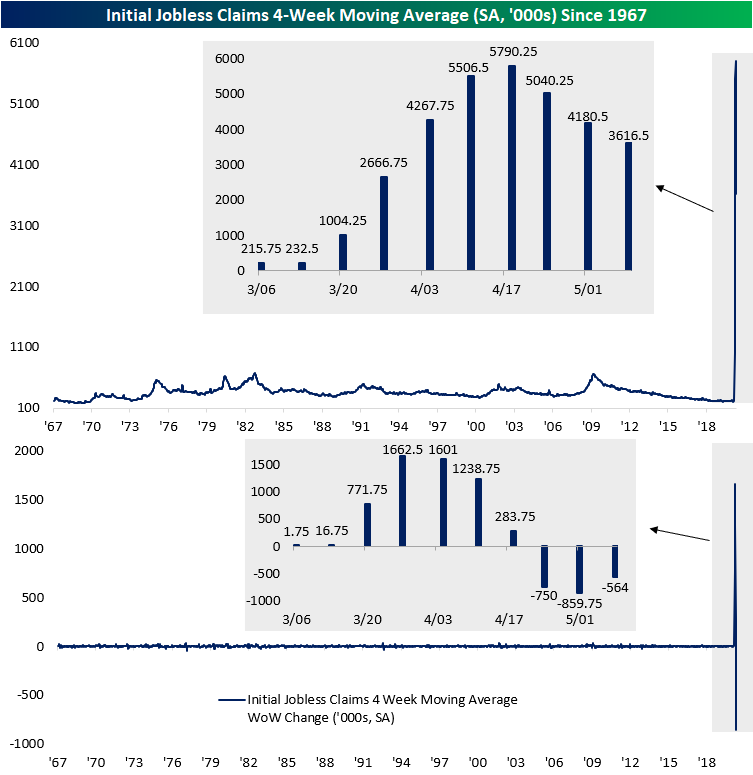