Silver Shining in the Near Term, Gold Shining Over the Long Term

Gold (GLD) has had an interesting run over the past year.  Last spring, the ETF for the yellow metal finally pressed above multiyear resistance roughly around $130. After surging through late summer, GLD continued its rally at the end of 2019 and early 2020 before turning sharply lower alongside stocks in March. But since its March 19th low it has gone on to rally over 17% as of today and is now at its highest levels since early 2013. 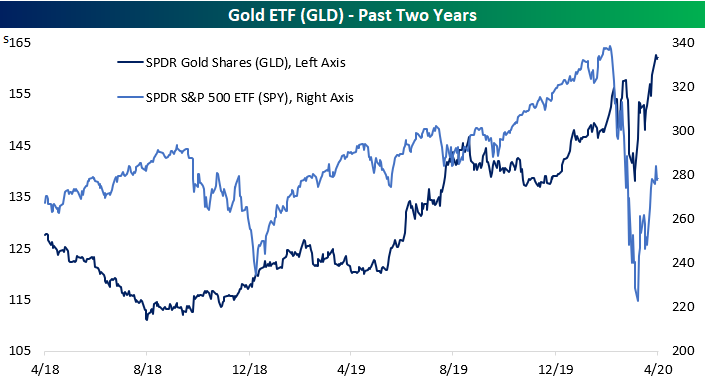 Another precious metal, Silver (SLV), has not been as fortunate.  Although it shared in the rally last spring and summer, SLV has yet to eclipse its early September highs. While gold had broken out again in February and March, silver put in a lower high before plummeting to its lost level since 2009 in mid-March. 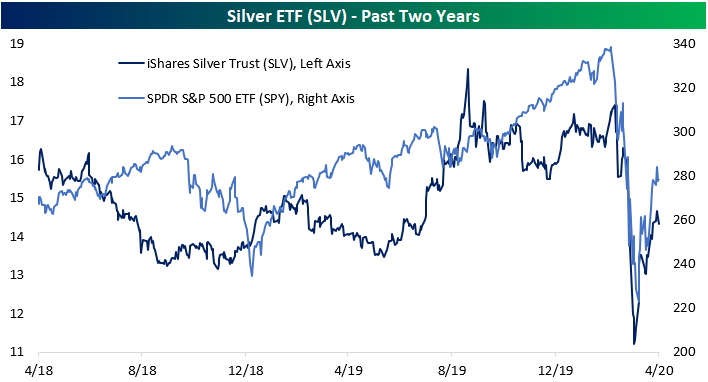 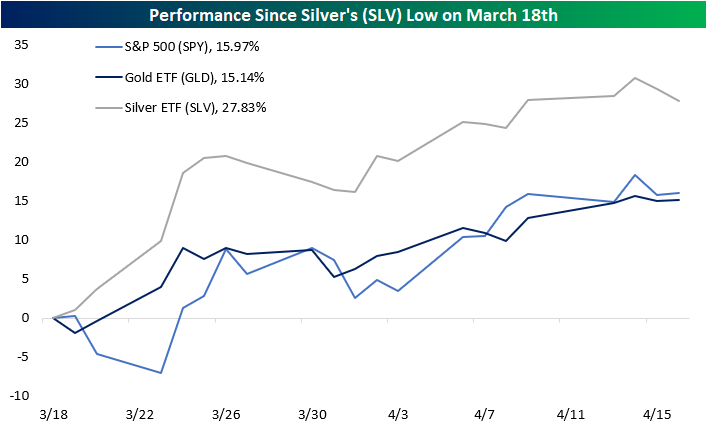 Over the long term, though SLV is still the worst performer of the group.  As shown in the chart below, SLV is down 8.84% over the past two years while the S&P 500’s gains have also been somewhat lackluster thanks to the most recent sell-off with only a 4.11% gain. Gold, on the other hand, has outshined the other two having surged 26.93%. Start a two-week free trial to Bespoke Institutional to access our full range of research and interactive tools. 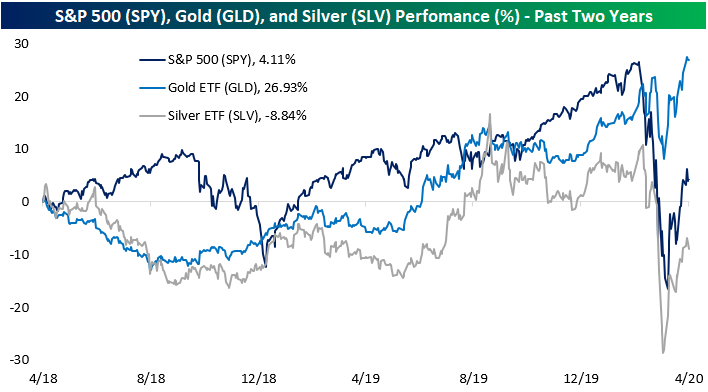