As we noted in an earlier post, one of the best-performing commodities in 2020 has been silver (SLV). Although it has lagged its yellow metal cousin on a year-to-date basis, SLV has seen strong performance over the past few months and has more recently even begun to break out to new highs. During the market turmoil of February and March, SLV had fallen over 35.5% from its February 24th high to its March 18th low compared to a 9.86% decline for gold (GLD) over that same period. Since that low on March 18th when SLV was at its lowest level since January of 2009, the ETF has rallied 59.23% through today compared to gold’s gain of 20.6%.  As shown below, with that rally continuing over the past few sessions, SLV has risen above resistance between $17.40-$17.50 that traces back to the highs in February of this year and September of last year.  That leaves the next area to watch around the early September high of $18.34. Click here to view Bespoke’s premium membership options for our best research available. 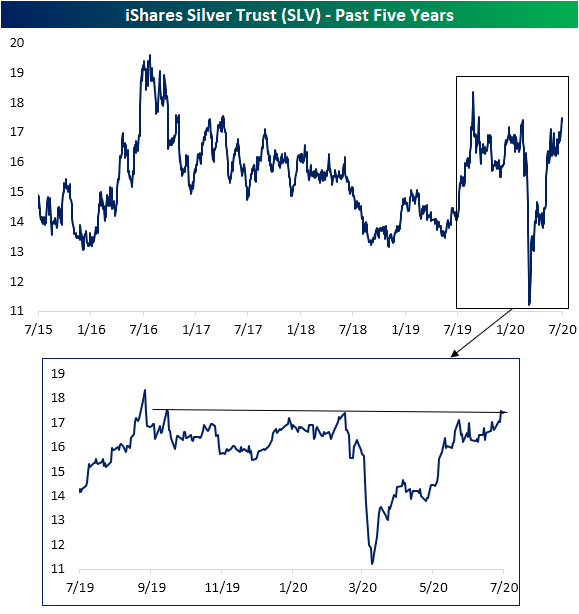