Outside of the outrageous moves of heavily shorted names, breadth in recent days has actually been on the weak side.  As a result of weakening breadth coupled with people questioning the likelihood of a bubble given the oddity of those shorted stocks’ moves, investors appear to have turned a bit more cautious.  AAII’s reading on bullish sentiment dropped 4.8 percentage points from 42.5% down to 37.7%. That is the first sub-40 reading since the first week of November and is the lowest reading since the last week of October. The week over week decline was also the largest since the 11.49 percentage point decile coming off the recent peak in mid-November. 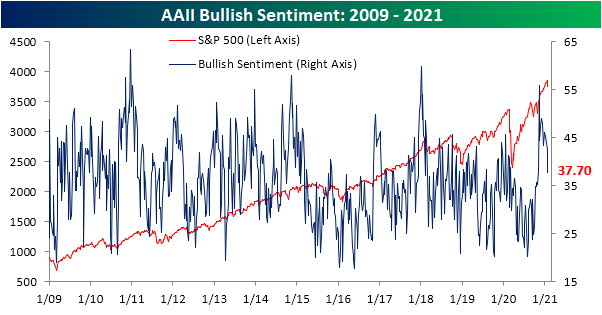 The losses in bullish sentiment were met with a 3.8 percentage point increase in bearish sentiment.  That brings bearish sentiment to the highest level since the week of October 8th.  Additionally, this was a fourth consecutive week that bearish sentiment has risen; the longest such streak since four weeks of increases during the bear market from the weeks of February 20th through March 12th. 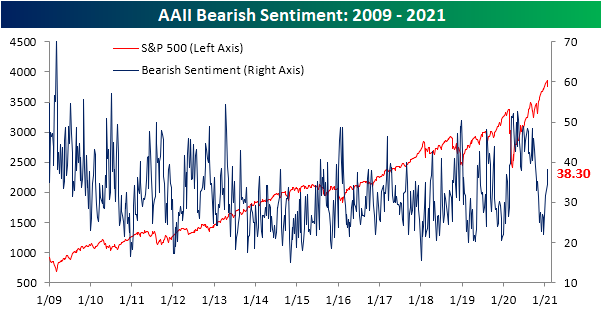 Sentiment has been increasingly less in favor of the bullish camp over the past few weeks, but this week marked the first time since the week of October 15th that bullish sentiment was outweighed by bearish sentiment. 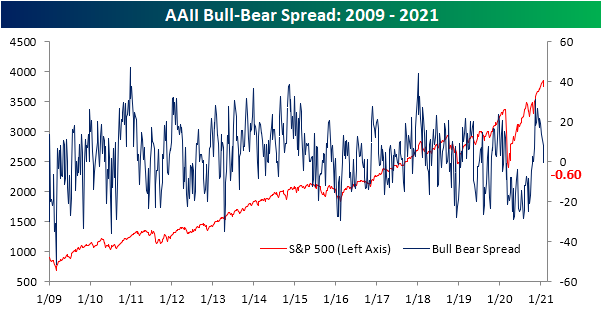 Not all of the losses to bullish sentiment went to bears though.  Neutral sentiment was likewise higher with 24% of respondents reporting as such.  While higher, that is still below where the reading has stood for most of the past year.   Click here to view Bespoke’s premium membership options for our best research available. 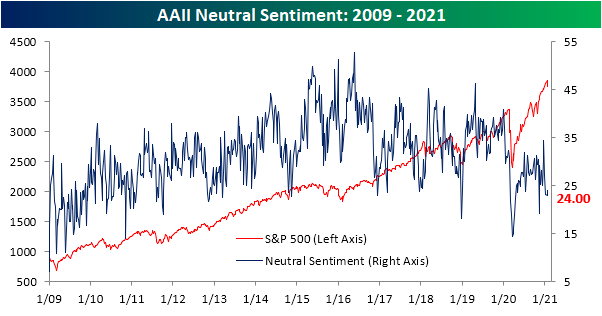