It may have been a shortened session in the US, but equities took a big hit around the globe today. In the matrix below, we show the ETFs of the 23 countries in our Global Macro Dashboard.  As shown, there was only one ETF that was down less than one percent today: Switzerland (EWL). After that decline, it is now one of only two other countries that are currently above their 50-DMAs: the S&P 500 (SPY) in the US and Taiwan (EWT).  With that said, both of those countries have pulled back dramatically.  Alongside Brazil (EWZ), those two countries are also the only ETFs of this screen that are still in the green for the month of November.  As could be expected, the title of the worst performer with a 6% decline today belongs to ground zero of this new strain of COVID: South Africa (EZA). As a result, it is now at ‘off the chart’ oversold levels trading 3.62 standard deviations below its 50-DMA.  Although they are not as oversold as South Africa, Spain (EWP) and India (INDA) are also more than 3 standard deviations below their 50-DMAs. Meanwhile, Mexico (EWW) is the most oversold country ETF trading almost 4 standard deviations below its 50-DMA. 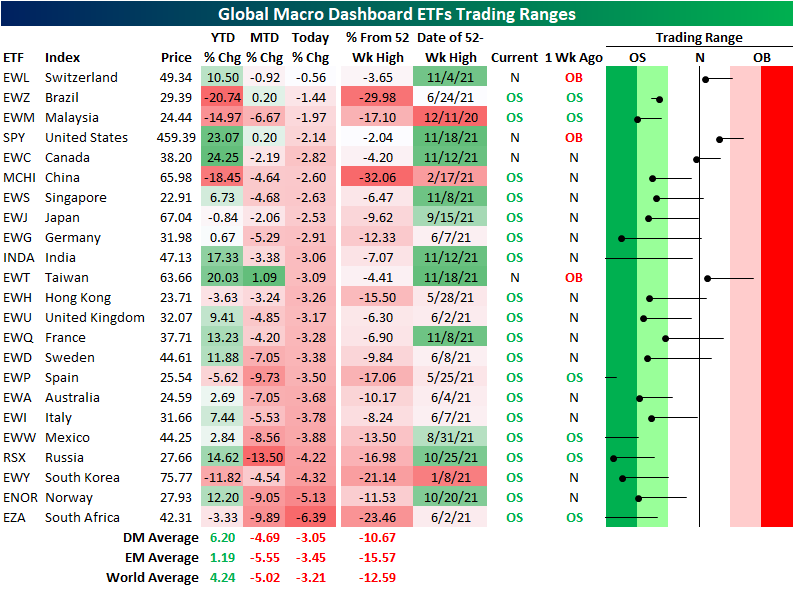 The drop in South Africa equities has been dramatic, but that is also in the context of what has already been a downtrend over the past few months. Tacking on today’s declines, EZA is now almost flat over the past year. 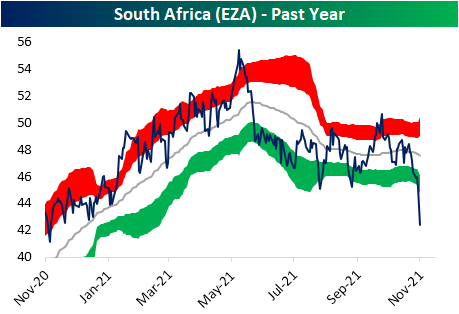 Steep declines have also resulted in technical breakdowns of multiple other countries like Germany (EGW) and Japan (EWJ).  Other European countries like France (EWQ), Italy (EWI), and the UK (EWU) may not have broken below support, but they are at the low end of their recent ranges. As for Canada (EWC) and the United States (SPY), the pullbacks are notable but not as much of a negative following strong gains this fall. Click here to view Bespoke’s premium membership options. 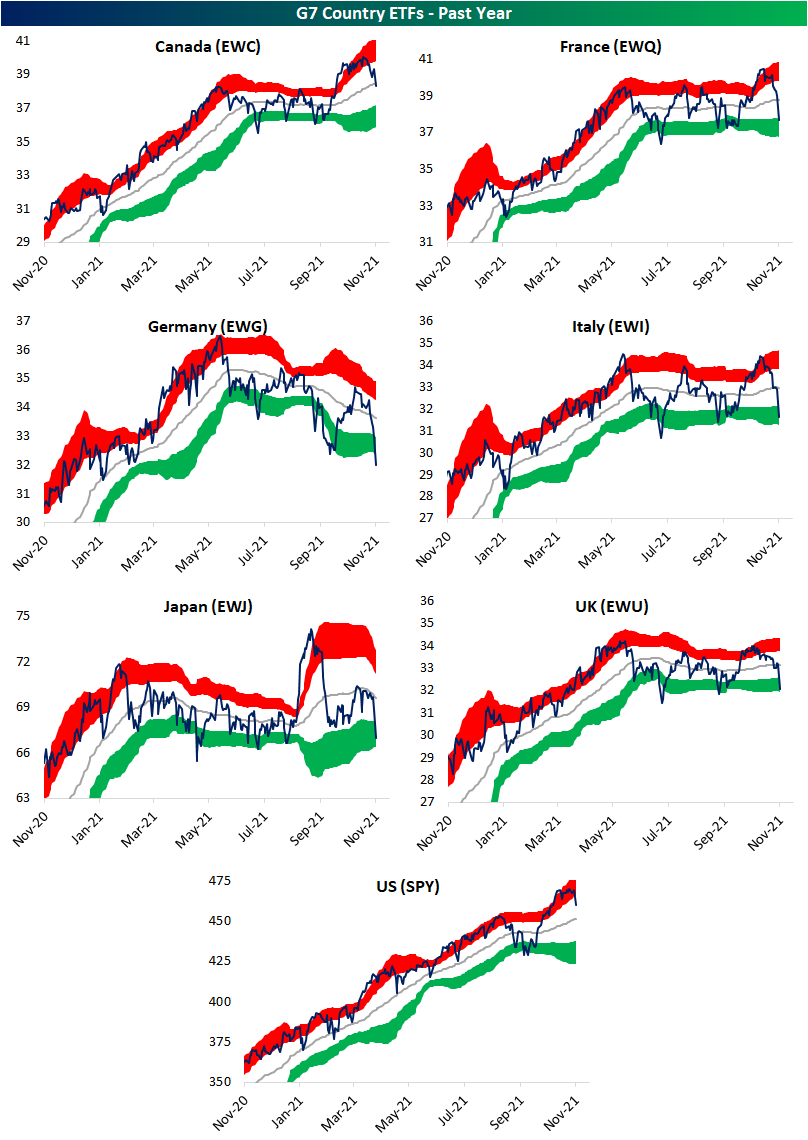