Shorted Names Cool Into the Summer

This year has seen two bouts of interest in highly shorted names. The first in January when GameStop (GME) was the main stock in focus with a short interest as a percent of float above 100%, and again in late May/early June when AMC Entertainment (AMC) became the new poster child.  As shown below, while those two stocks and a handful of other individual names have seen the spotlight this year due to massive short squeezes, in aggregate short interest as a percentage of free float across the US equity market has pulled back over the past couple of years. Some of that decline was erased from February to April, but since the spring, short interest has flatlined. 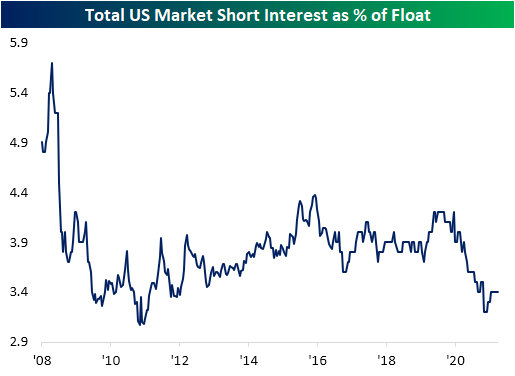 Below is a Bloomberg index that tracks the 100 most highly shorted US stocks rebalanced monthly and dating back to February 2020. The index remains well off the highs from this February when it surged on the initial squeeze in GME and various other names.  The unwind since then has brought the index down to the longer-term uptrend line that has been in place in the index’s year and a half history. 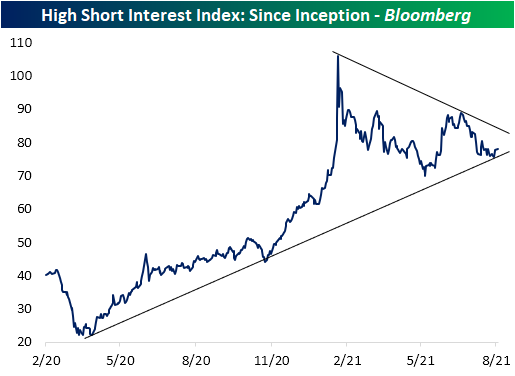 As for the two stocks that were the main short squeeze names earlier this year, AMC and GME, both stocks are still up huge on the year (1,571.14% and 823.19%, respectively) but have fallen well off their highs and have been trending lower. 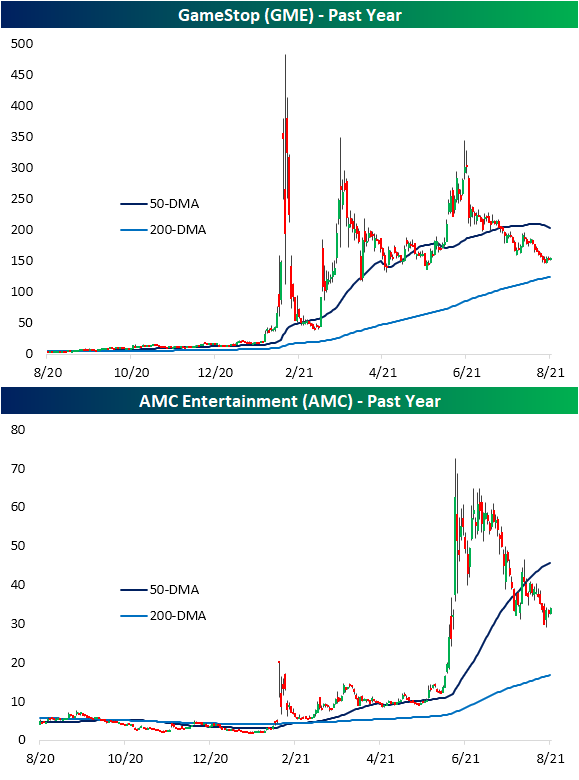 Taking a look at what are currently the most heavily shorted stocks in the Russell 3,000, retailers take the top spot with the average stock having a 9.7% short interest as a percent of float.  Pharmaceutical, Biotech, and Life Science stocks are the only other industry in which the average stock has a short interest above 9%.  Autos in addition to Food & Staples Retailing are the other two sectors with notably elevated short interest. Conversely, Banks, Utilities, Insurance, and Commercial and Professional Services have a relatively low short interest versus the Russell 3,000 average of 5.5%. 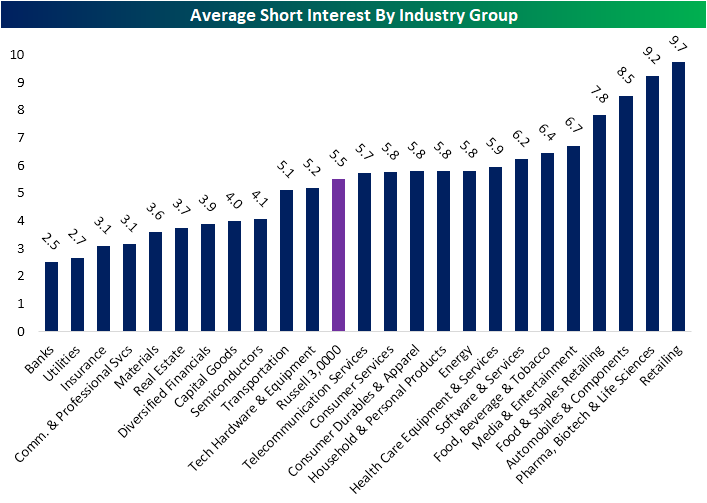 Taking a more granular look, in the table below we show the stocks in the Russell 3,000 that currently have the highest short interest as a percent of float as well as their year-to-date performance. Recent IPO Reneo Pharmaceuticals (RPHM) tops the list with just under half of its shares sold short.  That is as the stock has gotten crushed since its debut having fallen 40%.  GreenBox (GBOX), Skillz (SKLZ), Beam Global (BEEM), and Workhorse Group (WKHS) round out the top five, all with more than 37% of their float sold short.

Looking across many of the other highly shorted names, though, big losses are pretty common on a year-to-date basis with 60% of these names in the red. That was not always the case, though.  Performance was slightly better two months ago during the AMC saga and performance was even more positive at the GME high one month into the year. Click here to view Bespoke’s premium membership options. 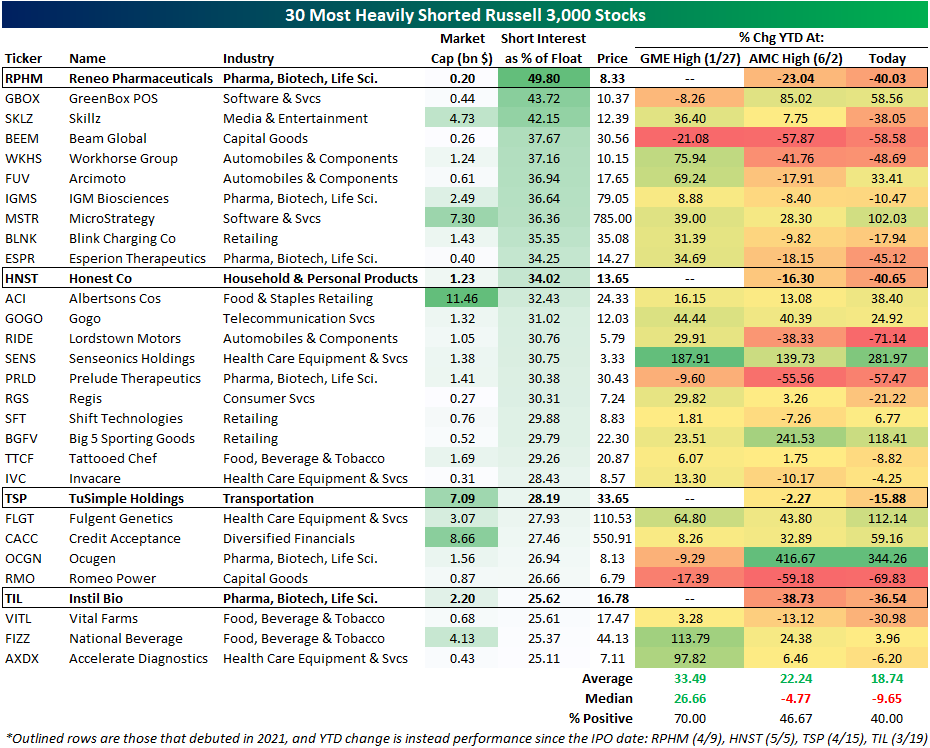