One of the points noted about the recent moves for the S&P 500 over the past few days have been on the outsized impacts of big gains or losses in names like Tesla (TSLA) or Facebook (FB).  In spite of the impacts of those single names, the S&P 500’s return to record highs has happened on very strong breadth across sectors.  Below, we show 10-day advance-decline line charts from our Sector Snapshot.

The 10-day advance/decline line measures the average daily number of advancers minus decliners in an index or sector over the last ten trading days.  It’s a short-term breadth measure that traders use to measure how extended the market is at the moment.  Very high readings suggest that the market might be overbought in the near term, and downside mean reversion can be expected.  Very low readings suggest the opposite — that the market might be oversold in the near term, and upside mean reversion can be expected.

For the broad S&P 500, the 10-day AD line has hit the highest level since February 12th. Going back to 1990, the current reading stands in the 97th percentile. Looking at each sector, most lines are also in the upper decile of readings since 1990 and only two are not currently overbought: Communication Services and Consumer Staples. Meanwhile, some like Technology and Real Estate are a full two standard deviations above the historical norm. In fact, the Tech sector’s line is the most elevated relative to its respective history of any sector with the current reading in the 98th percentile of all periods. The last time that the line was as elevated as now was in November of last year.  No other sector has as long of a gap in time in which it has seen levels similar to the current reading. Most other sectors have seen higher readings as recently as August or September, though current levels are nonetheless elevated.  The market has had quite the run over the last two weeks, and we’d expect some sort of cool-off period soon.  Click here to view Bespoke’s premium membership options. 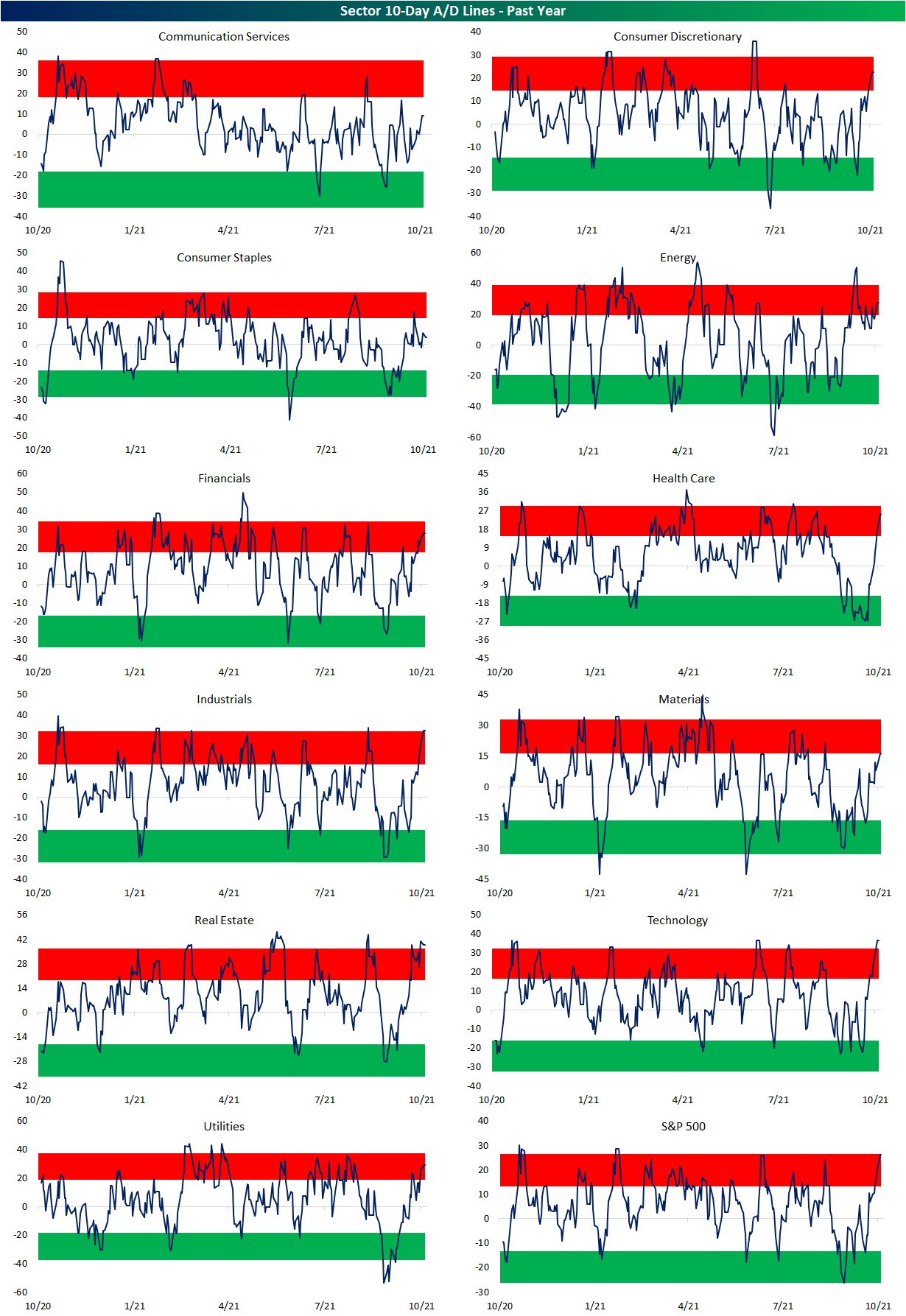