Yesterday, bi-weekly short interest data was released for the period ending January 30th.  In the chart below, we show the Russell 3000 broken up into deciles based on short interest as a percent of the float at the end of 2020 and these decile’s stock’s median change in short interest from then to yesterday’s release.  As shown, with the short squeeze episode playing out in the second half of January, the stocks that came into 2020 the most heavily shorted have seen the biggest declines in short interest.  That decile of what had been the most heavily shorted names has seen short interest as a percent of float fall for a median of 2.65 percentage points.  Deciles two and three have similarly seen sizable declines, though, they are far smaller than those of the most shorted stocks. On the other hand, the decile of the least shorted stocks is the only one that has seen the median short interest reading move higher since the end of 2020. 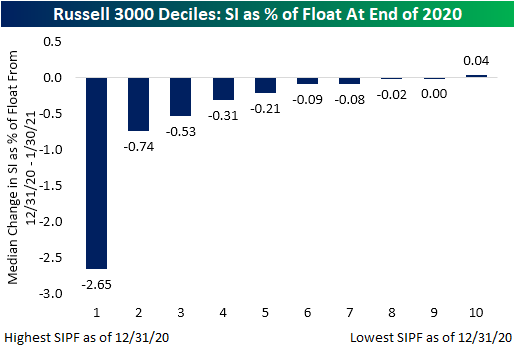 In the table below, we show the stocks that currently have the highest short interest as a percent of float.  After the historic move higher, short squeeze poster child GameStop (GME) is no longer the Russell 3000’s most heavily shorted name!  Having dropped over 100 percentage points since the start of the year, only 42.61% of shares are now short compared to 43.57% for Gogo (GOGO); currently the most shorted stock in the index. GOGO has actually seen its shorts come off a bit this year as well but that decline has been far more modest of only a little more than one percentage point.  Of the other stocks in the index, only Tanger Outlets (SKT) and Dillard’s (DDS) also currently have more than 40% of the float sold short.

On the January 27th closing high, GME was up 1,744.53% year to date. But with the short squeeze unwinding, the stock has fallen over 86%.  Others of this cohort have similarly seen big reversals of their earlier surges. For example, National Beverage (FIZZ) had doubled YTD at the time of the GME peak, but since then it has been cut by 33.78%.  Not all of these have been losers since the pinnacle of short selling though. Fulgent Genetics, which now has over 30% of shares short, has risen 91.01%. Clovis Oncology (CLVS) and Ligand Pharmaceuticals (LGND) have similarly seen big gains of over 30%. 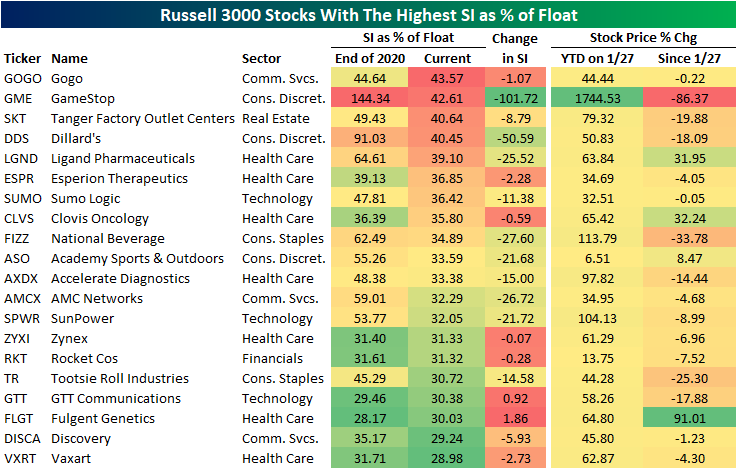 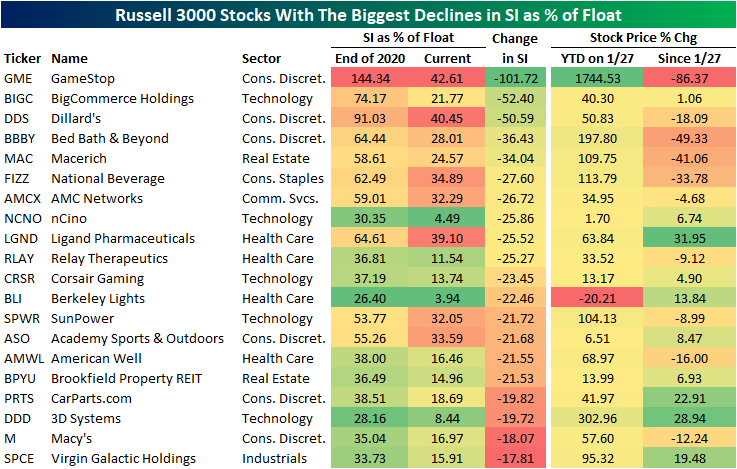 Given the massive short squeezes, there are far more stocks that now have a lower short interest as a percent of float than at the start of the year.  In fact, of the Russell 3000 stocks, 1887 have seen declines in short interest compared to only 1146 that have seen an increase.  In the table below, we show the twenty stocks to have seen the biggest increases in SIPF since the start of the year.  As shown, there is only one, International Game Technology (IGT), that has seen short interest rise by double digits since the end of 2020. 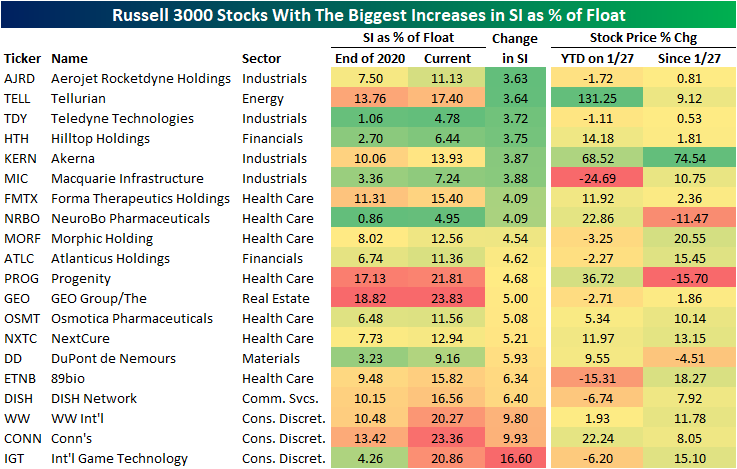 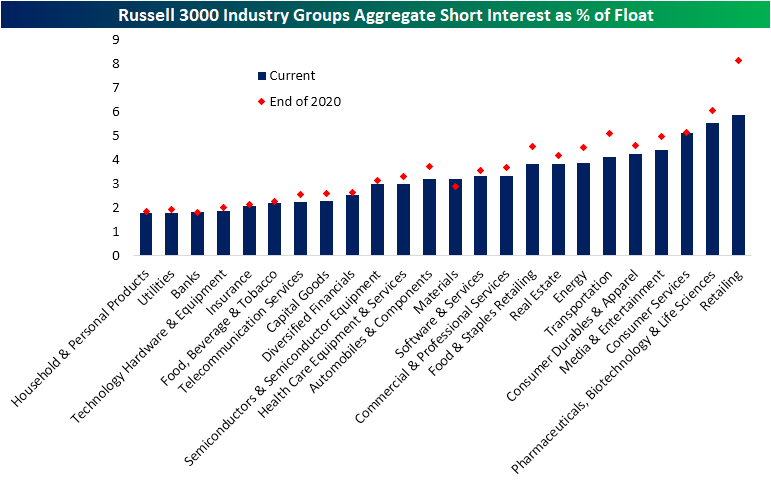