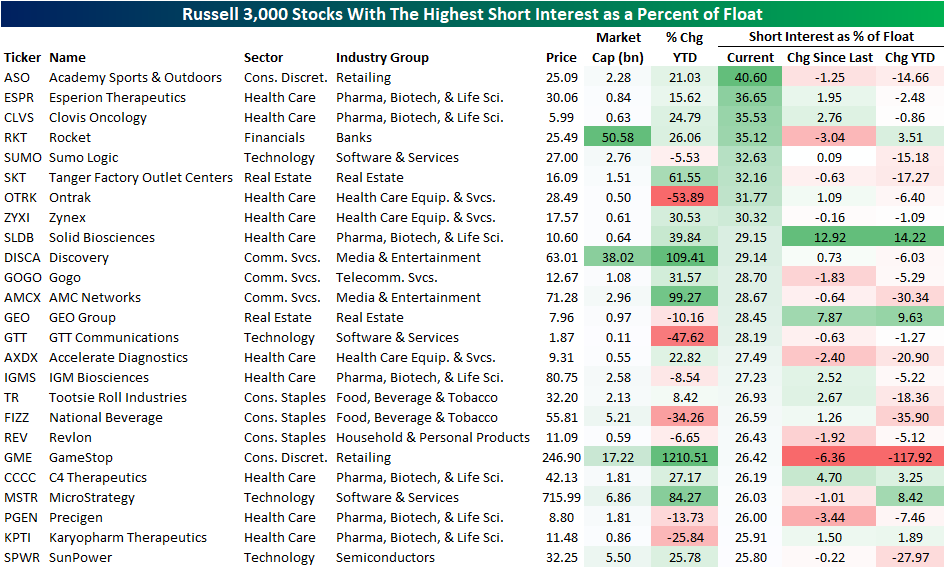 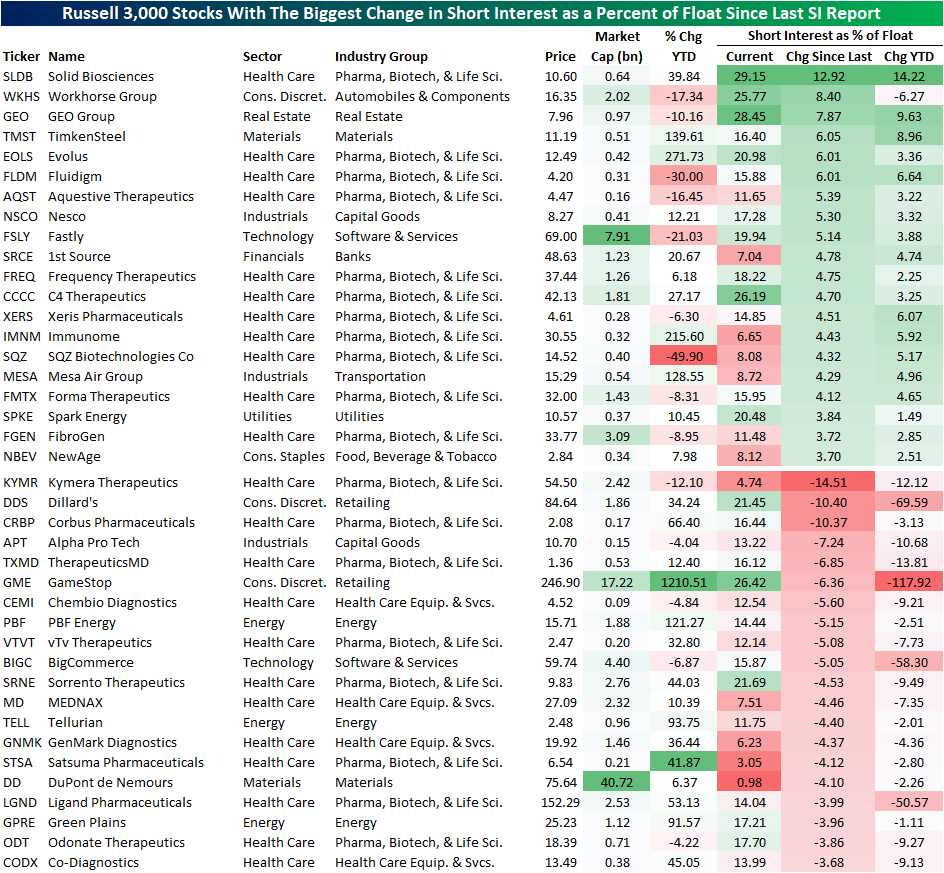 Looking across the names in the tables above, one industry group pops up more than any other: the Pharmaceuticals, Biotechnology, and Life Sciences industry. Of the 25 most heavily shorted names, 7 stocks are part of this industry. Meanwhile, of the 20 stocks that have seen short interest increase the most since the last report, 11 are from this industry, though, even 8 of the 20 biggest decliners also belong to the Pharma, Biotech, & Life Sciences industry.

Given this, on an aggregate basis, this industry has the highest short interest as a percent of float; up 6 bps from the last report to 5.46%.  That replaces Retailing in the number one spot of the most heavily shorted industry groups. Further, the massive amount of short interest in retail names has appeared to have normalized.  Whereas the industry came into the year with over 8% of float shorted, the current reading has fallen down to 5.36%. Similarly, Energy and Transportation stocks have seen aggregate short interest as a percent of float fall by more than 1 percentage point since the start of the year.   Not everything has seen short interest decline though.  Food, Beverage, & Tobacco, Household & Personal Products, Banks, and Insurance have all seen short interest rise since the start of the year.  Since the last report, Food & Staples Retailing, Commercial & Professional Services, and Insurance all have seen the biggest upticks in short interest.  Click here to view Bespoke’s premium membership options for our best research available. 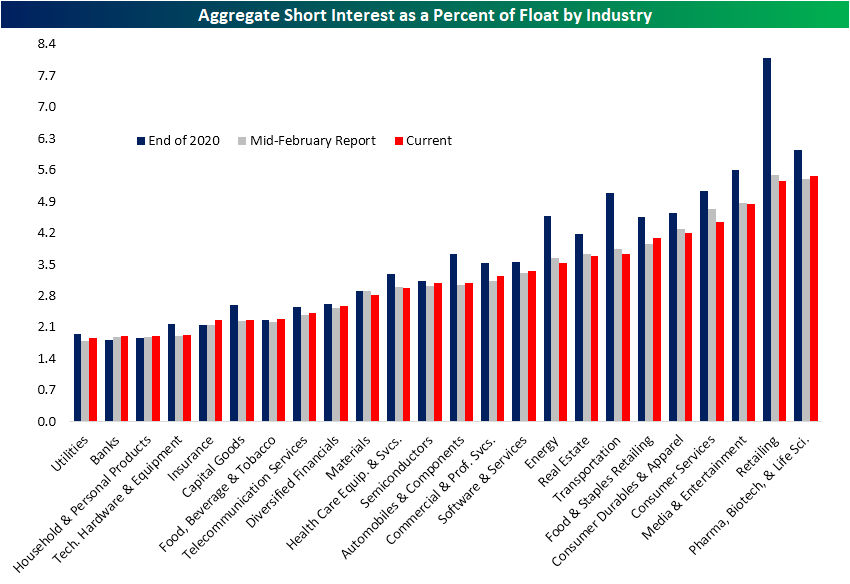