Short Interest Through the End of March 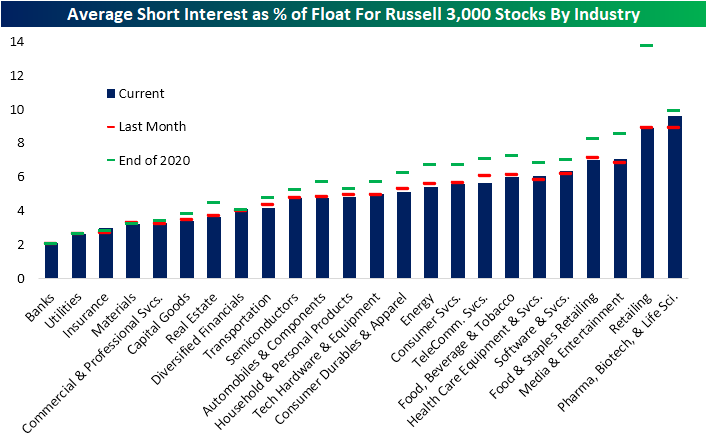 Earlier in the year, short interest appeared to be a key driver of performance. During the GameStop (GME) saga, the most heavily shorted stocks were some of the best performers. Fortunately for short-sellers, over the past month, the opposite has been the case.  The stocks that had the highest short interest as a percent of float at the end of March have averaged a decline of 10.99% over the past month.  Comparatively, stocks with low short interest have fared much better albeit still lower on average.

We would also note that while every decile based on short interest has averaged a decline over the past month, the Russell 3,000 has actually pushed to new highs.  That is because the largest stocks by market cap have been driving the capitalization-weighted index higher. 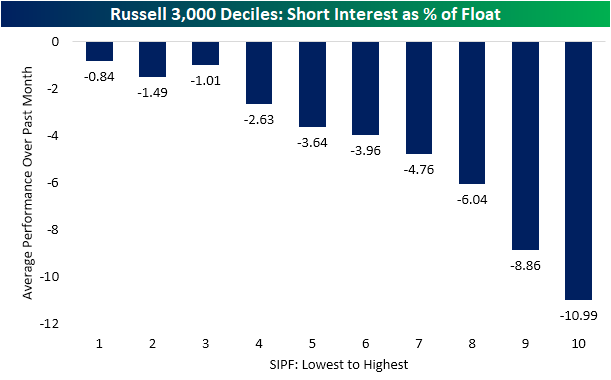 In fact, one other notable theme of performance recently has been market cap.  The deciles of the largest stocks (deciles 9 and 10) are the only ones whose stocks have averaged a move higher over the past month.  On the other hand, the other deciles have averaged declines with the severity of those declines getting worse with smaller market caps. 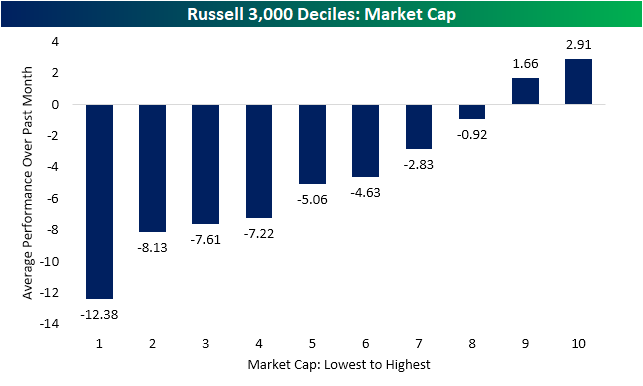 In the table below, we show the 30 most heavily shorted stocks in the Russell 3,000 at the end of March.  Health Care stocks, namely those of the Pharma, Biotech, and Life Sciences industry, dominate this list. That includes IGM Biosciences (IGMS) which is the most heavily shorted stock with 44.8% of shares shorted.  Of the other top 30 most shorted stocks, 25 have at least a quarter of their shares sold short.   Some of these like Academy Sports & Outdoors (ASO) and Gogo (GOGO) have that high short interest in spite of big declines in short interest recently. Others like IGMS as well as Discovery (DISCA), Frequency Therapeutics (FREQ), and Rackspace Technology (RXT) have seen short interest rise considerably. 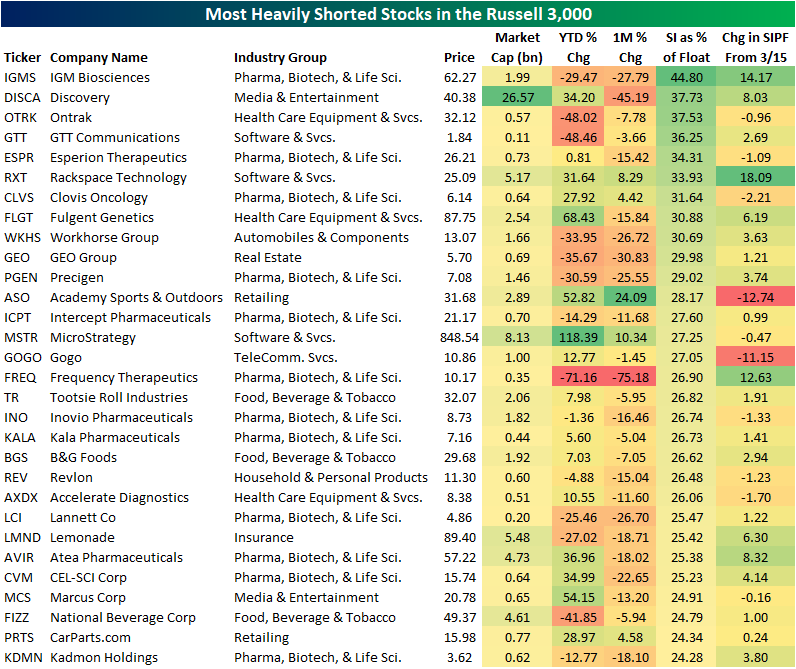 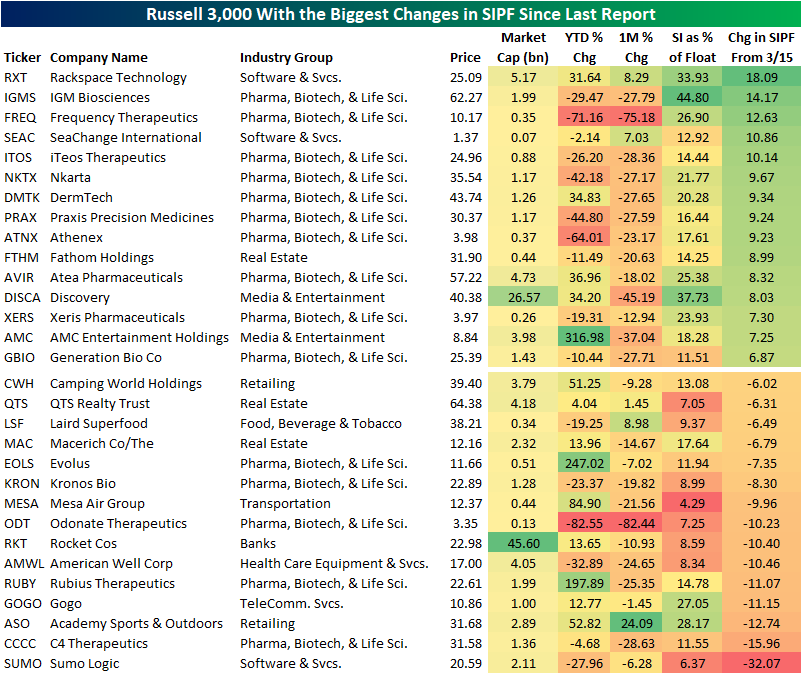