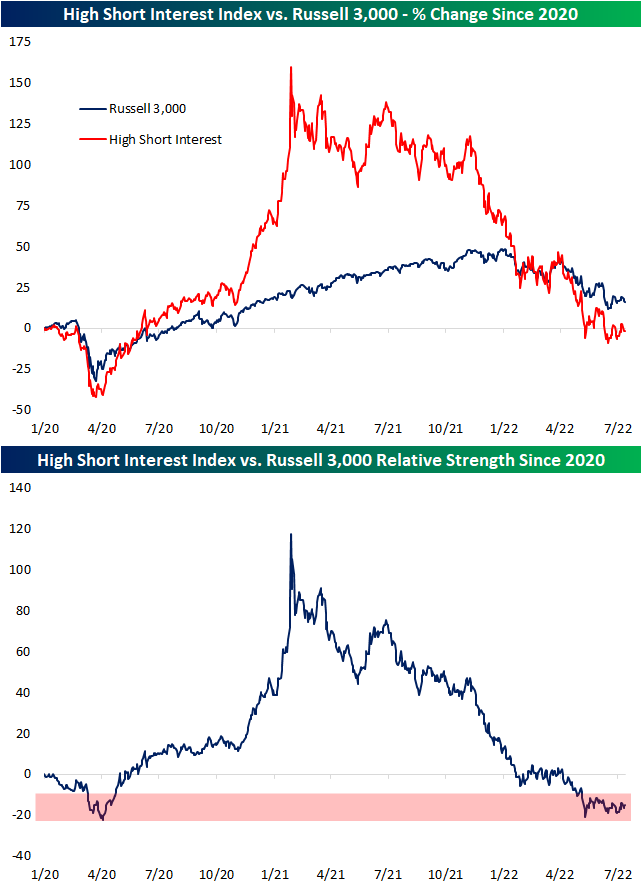 The most recent short interest data as of the end of June was also updated in the past 24 hours.  For the whole of the Russell 3000, the average reading on short interest as a percentage of float currently stands at 6.24%. That is up 20 basis points since the prior update for mid-June and a full percentage point higher versus the start of the year.

Across nearly all industry groups, there have been major shifts in short interest levels since the start of the year.  While most have made considerable moves higher, there are others that have actually fallen significantly like Food & Staples Retail and Telecommunication Services.  Given the big increases this year, Retail continues to have the highest average reading on short interest followed by the Pharmaceuticals, Biotech &Life Sciences, and the automobile industries. Although their levels of short interest are not as elevated, Software & Services and Energy stocks saw the largest increases from the last report while only the Media & Entertainment industry and Food & Staples Retailing stocks saw declines in average short interest between the two most recent reports. That being said, none of those sequential moves were particularly large with the biggest absolute move being the 0.45 percentage point increase in Software & Services. 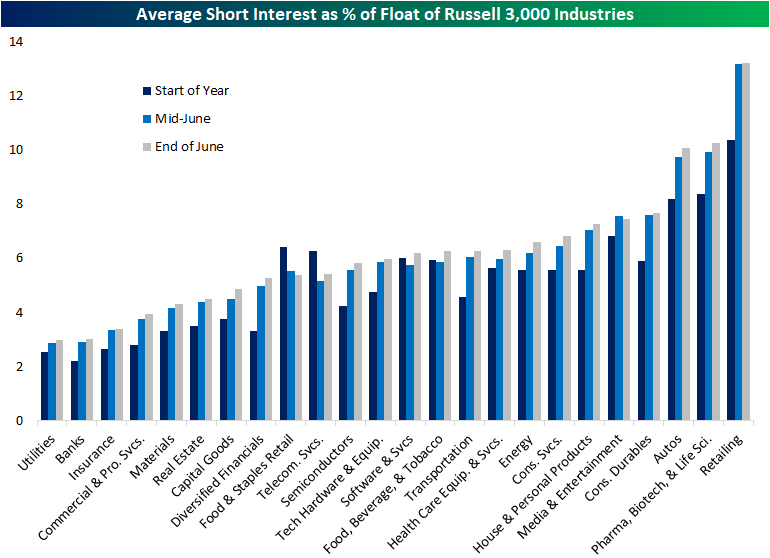 Switching over to the individual stocks with the highest levels of short interest, Dillard’s (DDS) currently tops the list with a little more than half of its shares sold short.  That reading is only half of a percentage point higher versus mid-June but has nearly doubled since the start of the year. Although it continues to sit near the top of the list, Redbox Entertainment (RDBX), has perhaps seen the most notable shift in levels of short interest versus the last bi-weekly report.  Throughout the year, the recent SPAC has seen large swings in its reported short interest levels. Click here to learn more about Bespoke’s premium stock market research service.