The Richmond Fed’s Manufacturing Activity Index rose to 17 in March after readings of 14 over the prior two months which had been the weakest readings since last July. At 17, this month’s reading was the strongest since December pointing not only to further growth but also an acceleration in the region’s manufacturing activity. 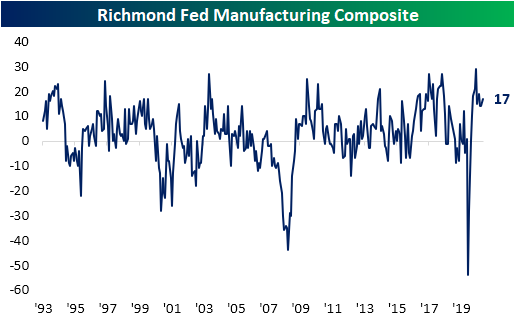 Across sub-indices, almost everything continues to show expansionary readings although there are a few exceptions for things like inventories and availability of skills; neither of which are necessarily bad signs for activity.  As for the month-over-month changes, things were perhaps a bit more mixed with five of the eighteen categories lower and another two unchanged. Expectations also generally improved across categories though the actual levels of most of these indices are generally at the lower end of their historic range. In all, the report showed orders continue to grow with inventories being drawn upon at a record pace. Prices (including wages given labor market tightness) are also increasing at a historic rate. 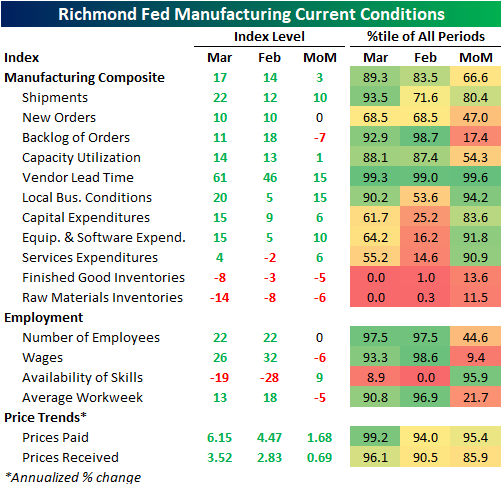 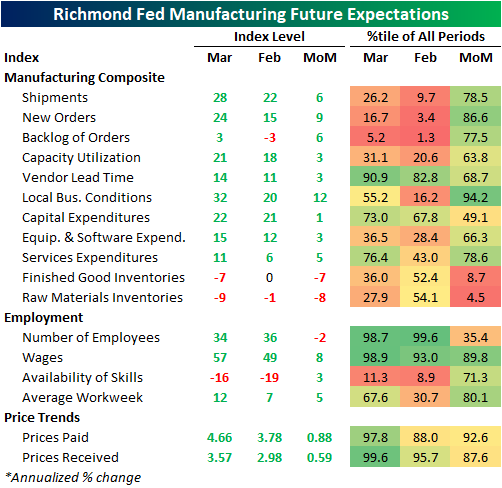 The main driver of the uptick in the headline number (which is a composite of Shipments, New Orders, and Employment) was the increase in Shipments which offset the unchanged readings in the other two components.  That index gained 10 points to 22 in March.  That was both the biggest one-month gain and the highest level for this index since October and leaves it in the top decile of readings throughout the index’s history.  Although Shipments were higher, New Orders remain off their highs from a few months ago going unchanged in March.  With Shipments on the rise and new demand steady, the Backlog of Orders decelerated as the index fell 7 points.  But even with that decline, the current reading still stands in the top 10% of readings.  One surprising point about the uptick in Shipments was that it also coincided with a historically high reading in Vendor Lead Times.  Higher readings in this index indicate that it takes longer for products from suppliers to reach their destination. In other words, supplier delays have not yet appeared to slow down manufacturers getting products out the door. 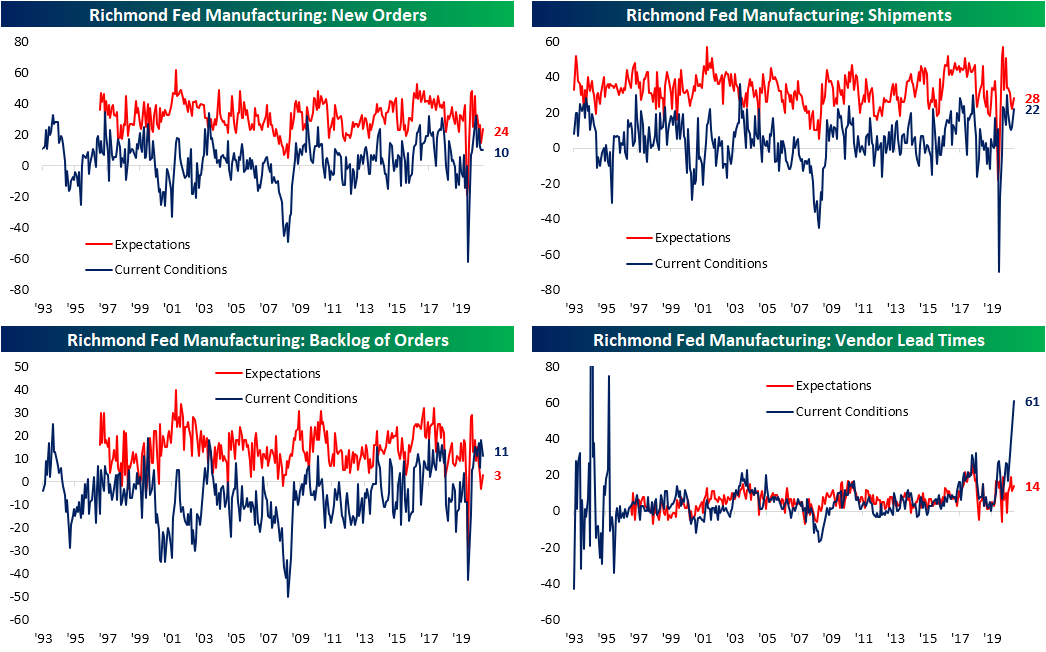 While supplier delays aren’t slowing things down yet, inventories are being drawn upon at a record rate.  Both indices for final good and input inventories fell to record lows in March. 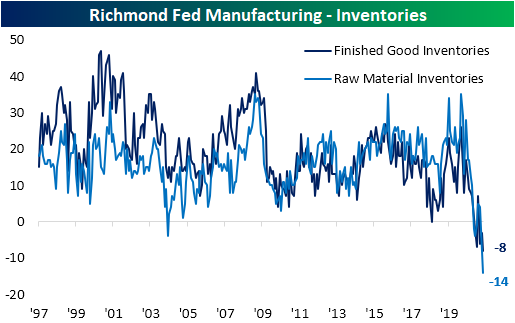 Meanwhile, prices for both inputs and receivables continue to accelerate.  Prices Paid rose at a 6.15% annualized pace. That is the third-highest reading on record behind October 2018 and June 2008.  Expectations for Prices Paid are at the highest point in over a decade and the seventh-highest level on record. Prices Received are rising at a slower clip, 3.52% annualized, but this too is around one of the highest levels in recent years. 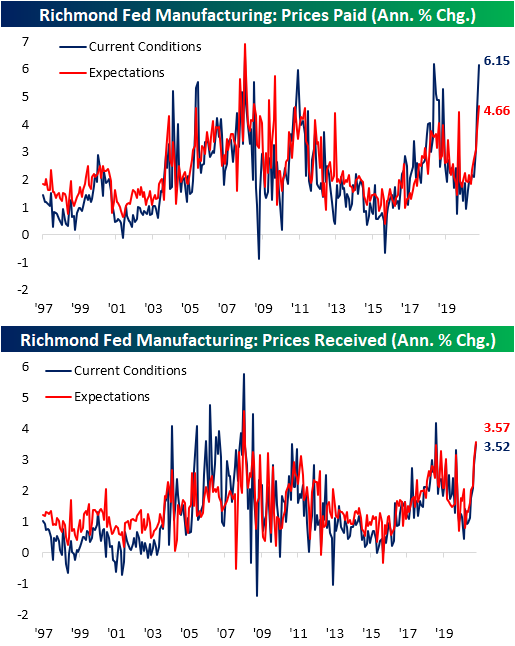 As for another input, Wages, there was a six-point decline in the current conditions index in March.  Even though that is in the bottom 10% of monthly moves, the index is still at a historically strong level.  As the report also continues to show a lack of skilled workers, expectations for Wages were much higher. That index rose to 57 which is the highest level since May 2019. Prior to that, you would need to go back to March and February of 2000 to find as high of a reading.  Click here to view Bespoke’s premium membership options for our best research available. 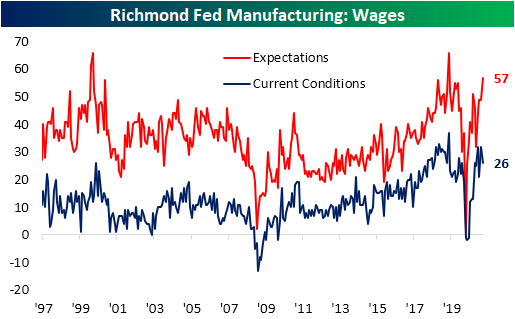