Just like we saw with the Manufacturing sector earlier in the week, the services sector of the US economy also continued to bounce back in January.  According to the ISM Non-Manufacturing report for January, activity bounced more than expected rising from 54.9 up to 55.5 and compared to expectations for a level of 55.0. After falling to its lowest level in over three years last September, activity in the services sector has now rebounded to its highest level since August. On a combined basis and accounting for each sector’s weight in the overall economy. the combined ISM for January bounced from 54.1 up to 55.0. 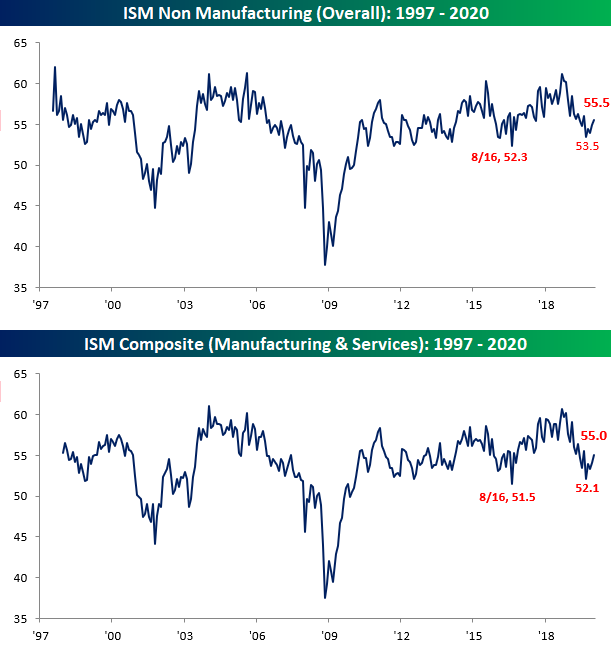 Respondents also appeared to be a lot more optimistic about business in January.  As shown in the commentary snapshot below, there were a number of positive statements.  In fact, Energy was the only sector where there wasn’t anything positive to say. No surprise there. 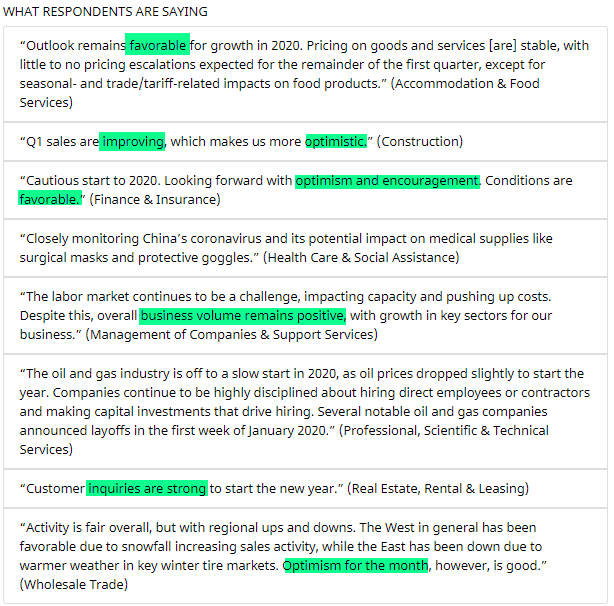 The table below breaks down the ISM Manufacturing report by each of its sub-categories and shows their changes over the last month and year.  Despite the positive reading this month, the majority of sectors were actually down on both a m/m and y/y basis. On the positive side, Business Activity (chart below) topped 60 for the first time since last May, and along with Import Orders is the only category that was higher on both a m/m and y/y basis.  To the downside, Backlog Orders and Inventories (lower two charts) have both steadily declined in recent months and are now at their lowest levels since 2012. Start a two-week free trial to Bespoke Institutional to access our full library of reports and interactive tools. 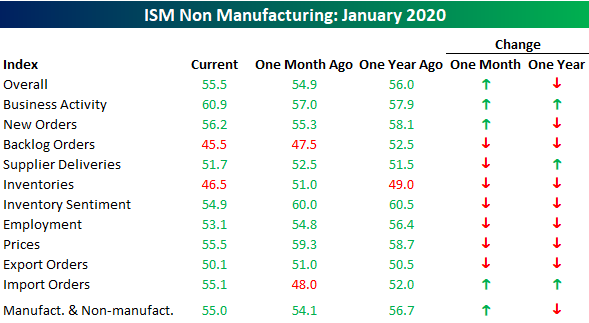 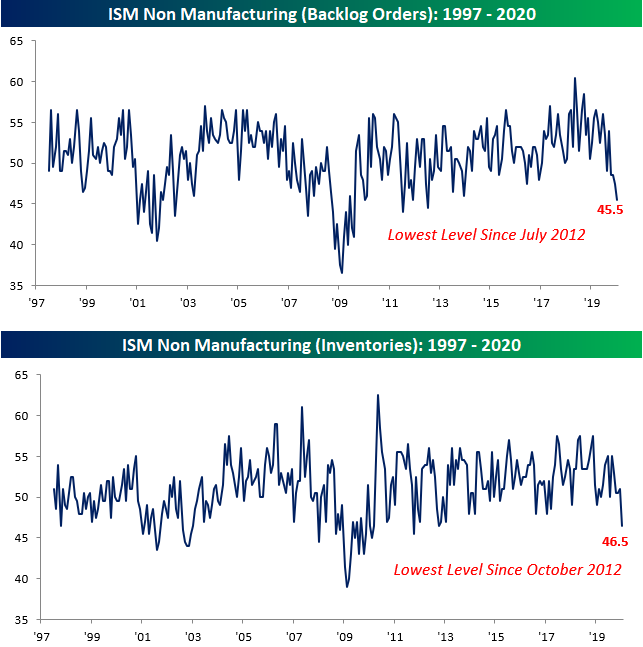