Unlike the manufacturing sector which continues to find itself stuck in contraction, the Services sector (Non Manufacturing) continues to show growth.  The latest release of the ISM Services sector highlights this trend as the headline index bounced from 53.9 up to 55.0 this month versus expectations for a bounce to 54.5.  If we combine this month’s Services reading with this month’s Manufacturing reading and weight them based on their share of the overall economy, the overall December ISM bounced from 53.3 up to 54.1.  In the case of both the Services (first chart below) and the combined ISM readings, we have seen a nice bounce from lows last fall which threatened to take out the prior lows from 2016. 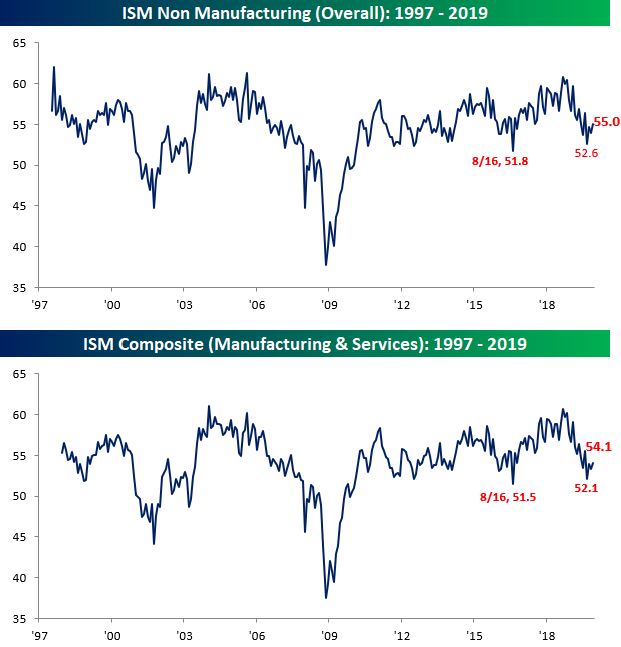 Unlike the commentary section for the manufacturing sector which was almost universally negative, commentary in the Services sector was much more positive. 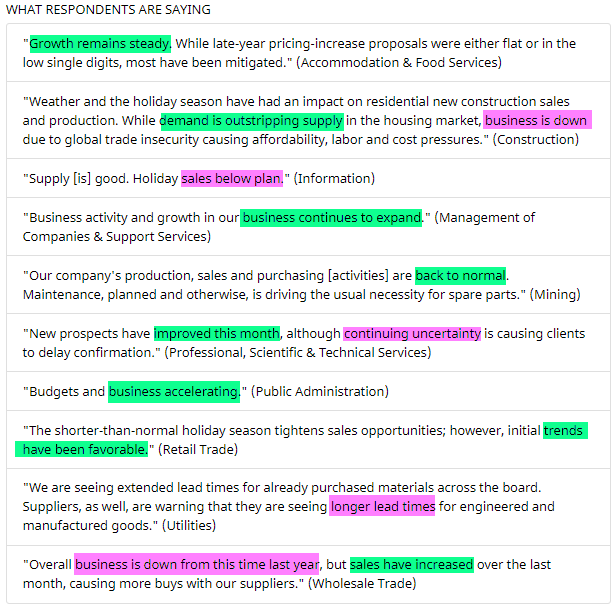 Looking at trends within the December ISM Services report, breadth was skewed moderately positive on a m/m basis in this month’s report with five categories showing growth, four declining, and Prices Paid unchanged.  Relative to last year, though, declines were much more widespread. Looking ahead to this Friday’s Non-Farm Payrolls report, unlike the manufacturing sector where the employment component dropped to its lowest level in nearly four years, the decline in the employment component of the Services sector was much smaller and is still comfortably in the range of growth at 55.2. 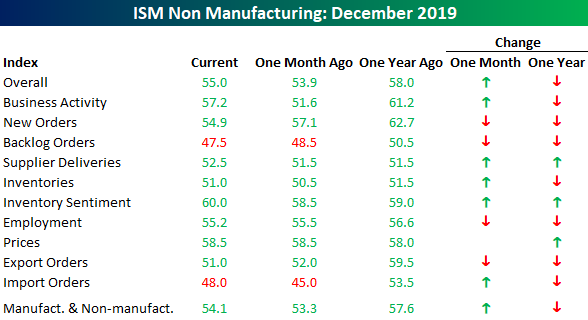 The biggest move in this month’s report, though, was in Business Activity which surged from 51.6 up to 57.2. Looking at the chart for this category over the last several months shows a volatile ride. After hitting its highest level in over a decade last February, it dropped to its lowest level since December 2009 last month but then saw a considerable bounce from 51.6 up to 57.2.  Start a two-week free trial to Bespoke Institutional to access our quarterly Equity Market Pros and Cons report, economic calendar, and all of our other research tools.