Whereas Monday’s manufacturing release of the ISM report for the month of October exceeded estimates and continued to rise to new highs for the pandemic, this morning’s service sector report was weaker.  The release was anticipated to show a slight decline, falling to 57.5 from 57.8 last month. Instead, that decline was even larger with the headline number dropping to 56.6. That is the lowest level of the index since May, and while it is still indicative of expansionary activity, it was at the slowest rate of the recovery. That has led the composite of the manufacturing and non-manufacturing readings to similarly be a bit on the weak side, falling from 57.5 to 56.9. Again this is consistent with overall growth versus last month, but at a slower rate. 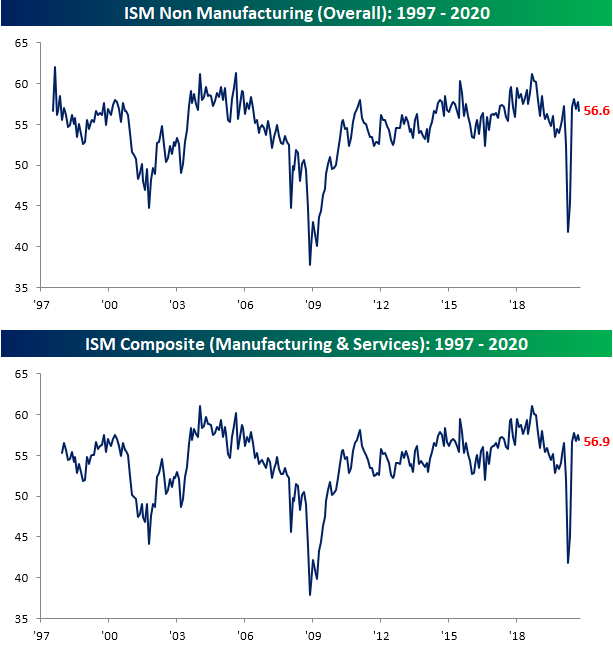 Given the headline number’s decline, breadth in this month’s report was a bit weak.  Just six of the ten sub-indices were higher this month.  Despite this, every index remains in expansion with those for Inventories and Import Orders actually exiting contraction. 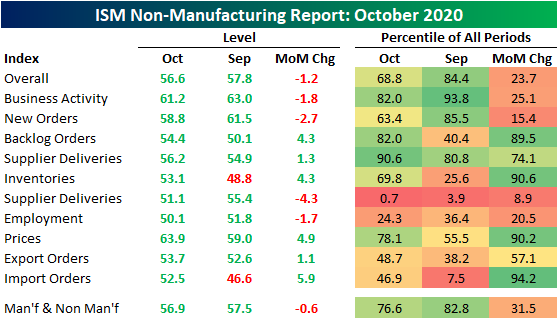 Broadly speaking, the survey showed that conditions have continued to improve but at a slowed pace in October.  Given this, the key phrase of the commentary section seemed to be “cautiously optimistic”.  Multiple comments made mention that business has gotten better with solid demand and workers coming back, but uncertainty has persisted. 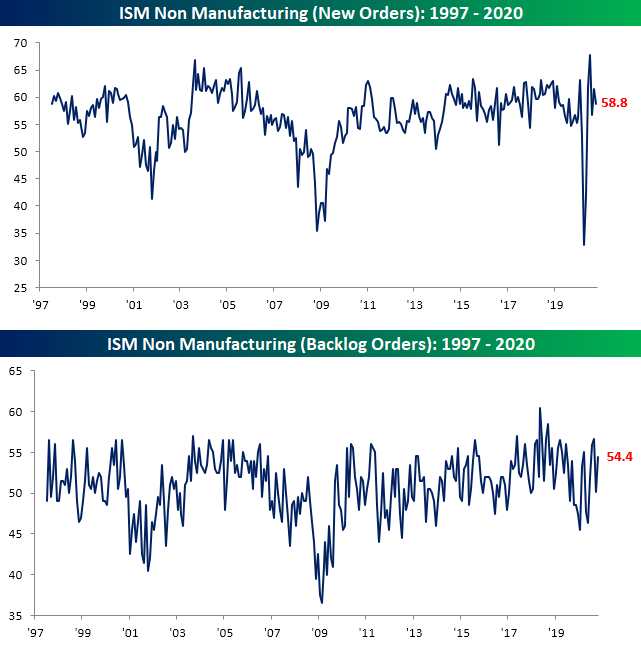 As demand sits at solid levels, Inventory Sentiment remains historically low.  That index fell to 51.1 in October which is the third-lowest level since 1997 behind July and March. In other words, very few businesses are reporting that inventories are too high.   Despite this, the index for Inventories actually indicated that inventory levels grew in October as the index rose to 53.1. That compares to a reading of 48.8 last month which is consistent with drawdowns in inventory levels. 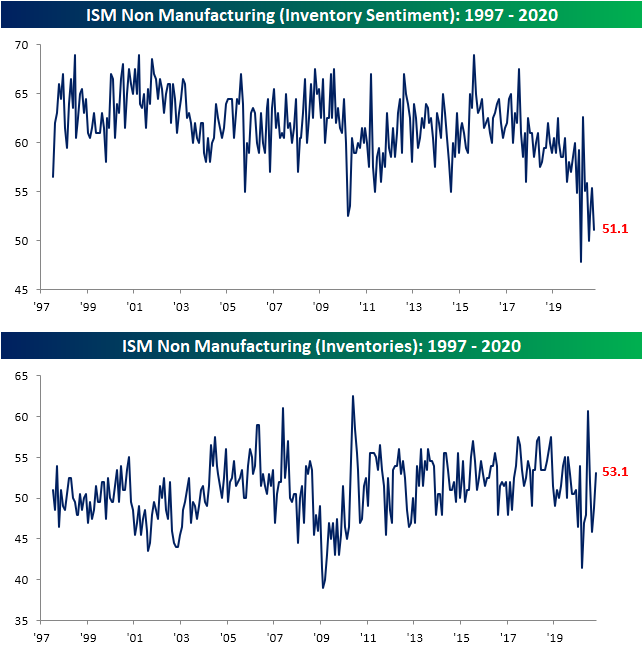 Employment experienced its first expansionary reading of the pandemic in September, but in October hiring appeared to slow as the index fell to 50.1.  Although that is still indicative of net hirings, it shows that businesses were slower to bring in/back workers.  Click here to view Bespoke’s premium membership options for our best research available. 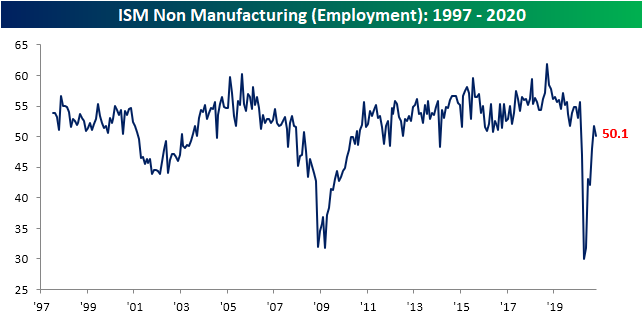