The S&P 500 has faced its share of downward pressure in the past week including a 5.76% drop last Thursday and multiple days with declines intraday.  That has slammed investor sentiment as AAII’s bullish reading fell 9.91 percentage points to 24.37% this week. That is the largest single weekly decline in bullish sentiment since the final week of February when it fell 10.17 percentage points from 40.6% to 30.43%.  This week also marked the largest move in absolute terms since then. That leaves bullish sentiment at its lowest level since the May 14th low of 23.31%. 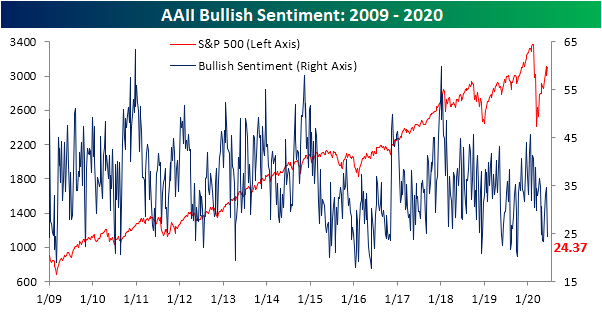 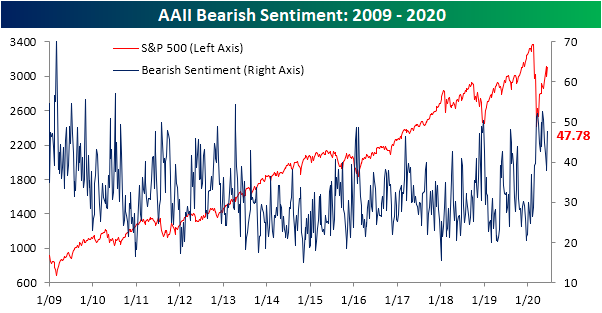 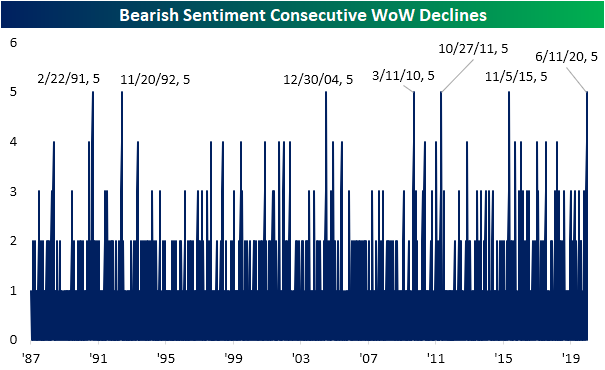 The large inverse moves of bullish and bearish sentiment this week has caused the bull-bear spread to decline.  The spread now stands at -23.41 compared to -3.77 last week. That 19.64 point decline was the largest drop in the spread and largest absolute move since a 20.49-point drop on March 12th.  That also snapped a streak of five weeks in which the spread was moving in the direction of favoring bulls. 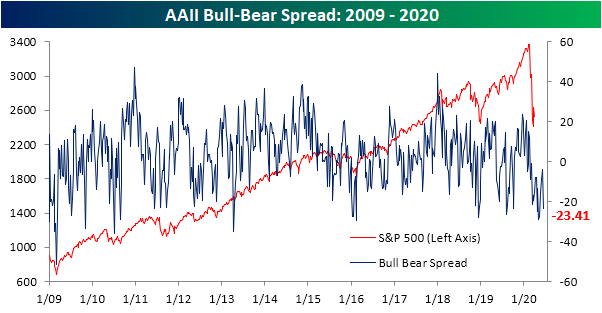 Not all the losses in bullish sentiment turned pessimistic though.  Neutral sentiment experienced a small increase of 0.18 percentage points to 27.85%.  Click here to view Bespoke’s premium membership options for our best research available. 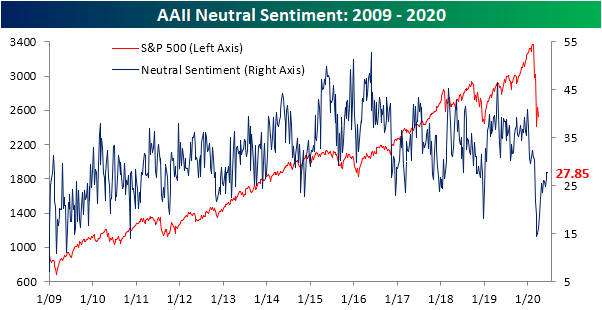