The news of the FOMC’s hawkish meeting minutes and the subsequent declines in markets in reaction to the release likely was not fully captured in sentiment indicators this week due to the timing of collection periods. Nonetheless, respondents to the AAII survey did show a drop in optimism with only 32.8% of respondents reporting as bullish versus 37.7% last week.  While back below the historical average, bullish sentiment is not extremely extended below or outside of the recent range of readings. 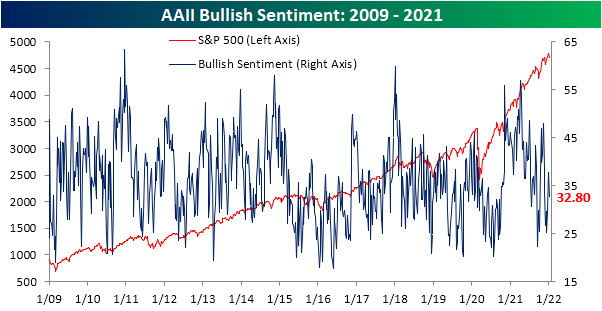 Bearish sentiment picked up the larger portion of those losses rising from 30.5% last week to 33.3% which is only a few percentage points above the historical average (30.6%). 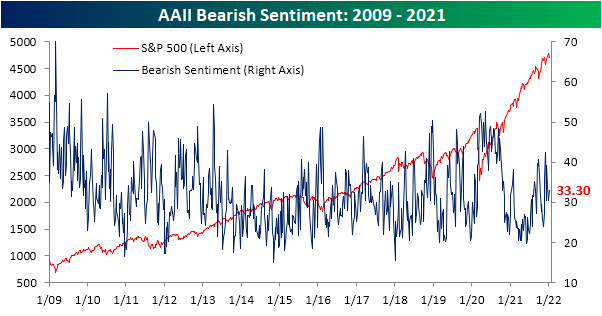 As a result of these moves, the bull-bear spread dipped back into negative territory, albeit not by much, after last week saw the first positive reading in five weeks. 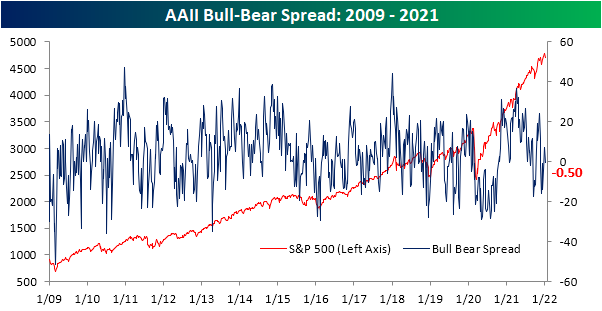 Neutral sentiment picked up the difference rising 2.1 percentage points to 33.9%.  As with bearish sentiment, even with that increase, the reading remains below levels from just two weeks ago. 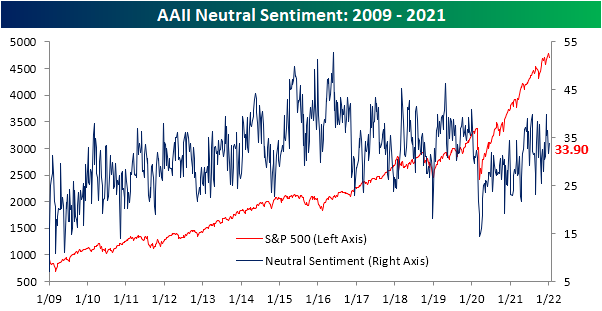 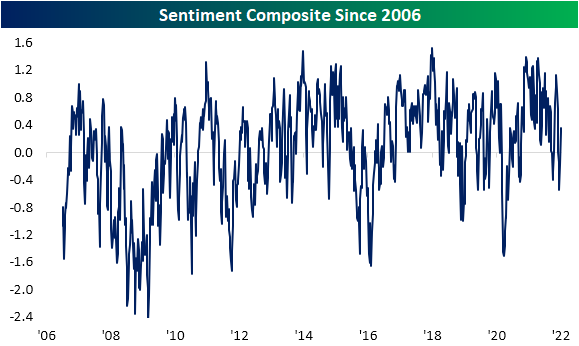