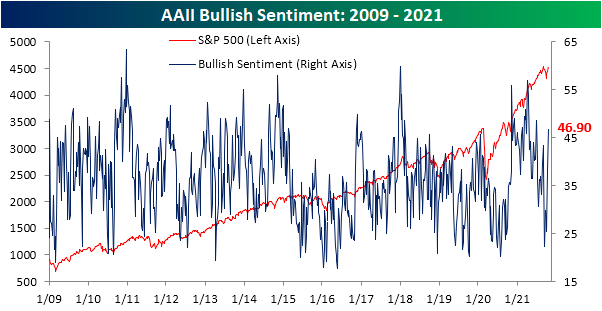 While this week’s increase was large, it comes on top of a double-digit rise last week.  In total, bullish sentiment has climbed 21.4 percentage points in the past two weeks alone. That is the first time since November of last year that bullish sentiment has risen by at least 20 percentage points in two weeks.  Going through the history of the survey, there have only been 17 other periods in which there were similar moves without another occurrence in at least six months.  Overall, these instances have consistently seen the S&P 500 move higher in the following weeks and months with larger than normal average and median gains.  That is except for one year out in which performance has been slightly worse than the norm. 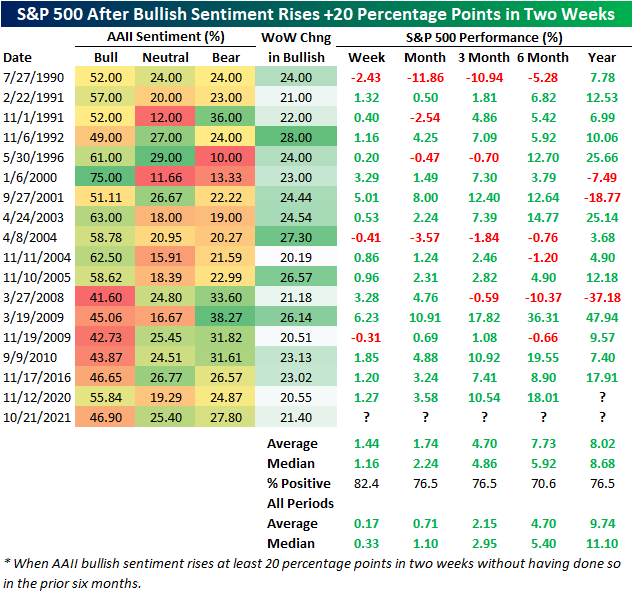 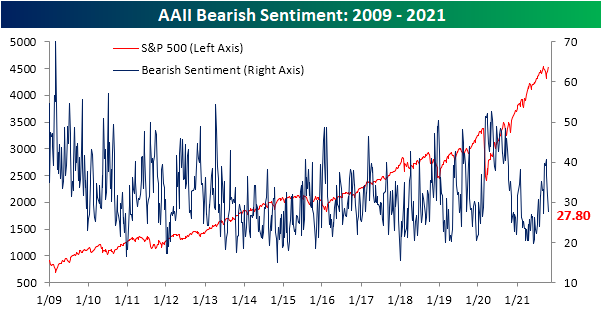 With inverse moves to bullish and bearish sentiment, the bull-bear spread stayed in positive territory for the second week in a row as bulls outnumber bears by the widest margin since the first week of July. 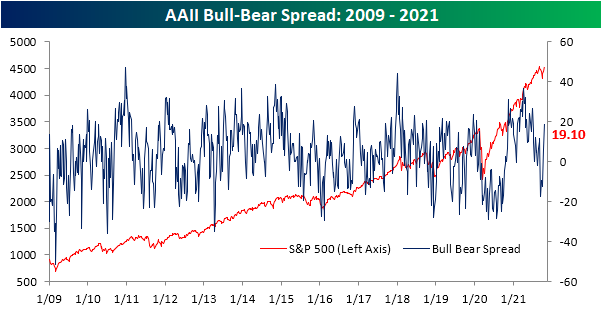 Big gains to bulls also borrowed heavily from neutral sentiment as that reading fell from 30.3% to 25.4%. Similar to bearish sentiment, that is the lowest reading since early last month. 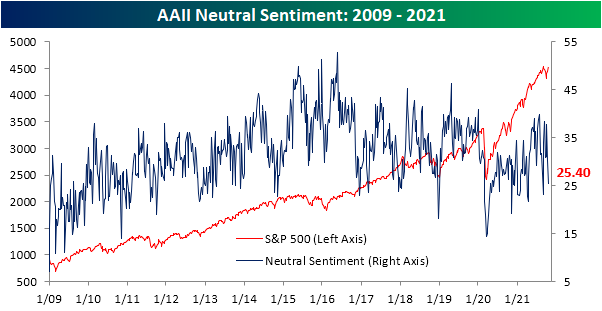 As for some other readings on sentiment, the NAAIM Exposure index measuring investment managers’ exposure to US equities has also made a significant move higher this week.  Readings in this index range from -200 to 200 where (-)200 would indicate responding managers are leveraged long (short), (-)100 would be fully invested long (short), and a reading of zero would be market neutral. At the end of last month, the reading fell to a low of 55 which was the weakest level since May. While the past two weeks only saw modest improvements, this week there was a surge all the way up to 98.  The 33.6 point increase ranks as the fifth-largest week over week moves on record in the index dating back to 2006. Click here to view Bespoke’s premium membership options. 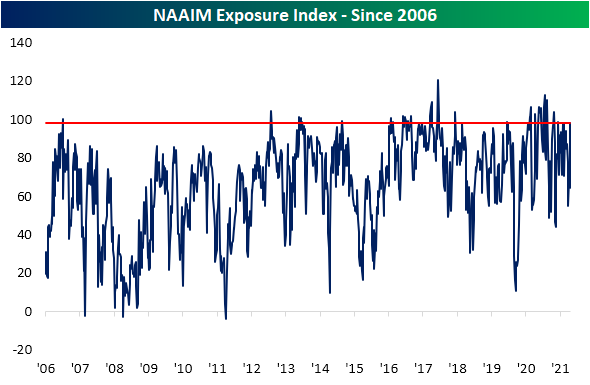