A small equity market bounce over the last week didn’t cause any major changes in investor sentiment, at least based on the weekly AAII numbers released this morning.  The latest data from AAII showed 22.6% of survey respondents reported as bullish versus 20.4% the week before. 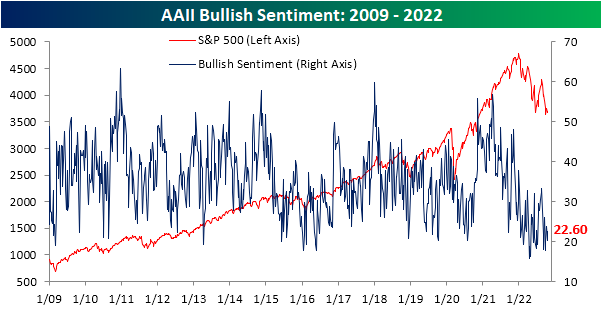 Bearish sentiment also rose slightly to 56.2% for the highest reading since the end of September when there were back to back weeks of readings above 60%. 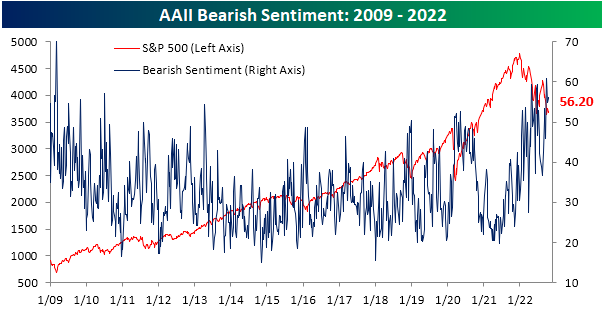 There is little precedent in the history of the AAII survey for over half of respondents to report as bearish for this many weeks in a row.  As shown below, this week marked the fifth in a row that bearish sentiment came in above 50%. That is now the second longest such streak on record behind the seven week long streak in the fall of 1990. 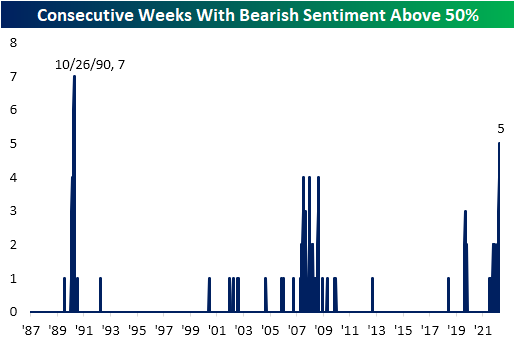 Given more than half of responses to the survey have reported bearish sentiment, the bull bear spread continues to show negative readings (meaning bears outnumber bulls). The reading remains at the low end of the past decade’s range at -33.6. 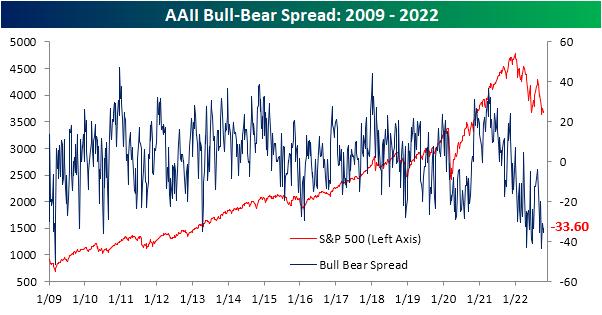 Similar to five straight weeks of 50%+ bearish sentiment, the streak of weeks with a negative bull-bear spread has grown to become the second longest on record at 29 weeks. 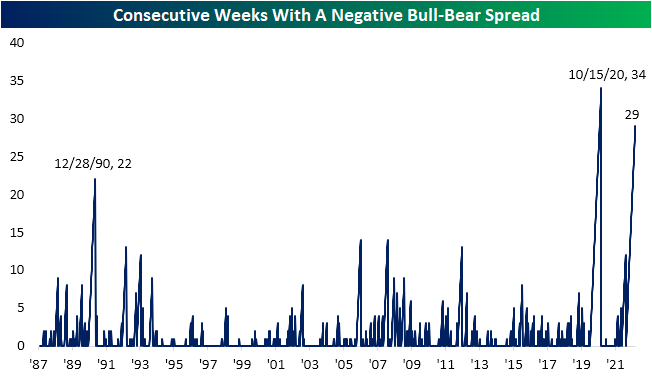 Turning to another reading on sentiment—the NAAIM Exposure Index—another notable streak has continued to press on this week. This index measures investment manager exposure to equities with readings ranging from -200 (leveraged short) to +200 (leveraged long) and readings of +/-100 representing responding managers are full long or short. The index has remained below 50 for eight weeks in a row now.  That has tied the streak of sub-50 readings in the spring of 2020.  Going back through the history of the index dating back to 2006, there have only been seven other periods in which equity exposure by active managers has been as muted for as long of a span as now. In other words, the AAII survey is not alone in showing persistent pessimism. Click here to learn more about Bespoke’s premium stock market research service. 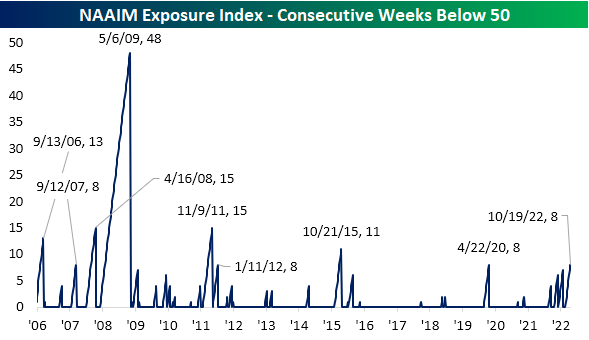