With the S&P 500 only having fallen roughly 1.3% since the last week’s sentiment survey from AAII, bullish sentiment has risen 4.66 percentage points to 34.4%.  While bullish sentiment among individual investors is higher, another reading of newsletter writers from Investors Intelligence saw bullish sentiment drop even further. 34.6% of respondents in that survey reported as bullish which is the lowest amount since the first week of last year. That is in the lowest 5% of all readings for that sentiment reading. 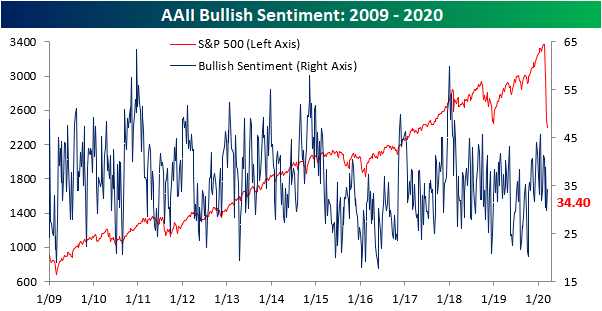 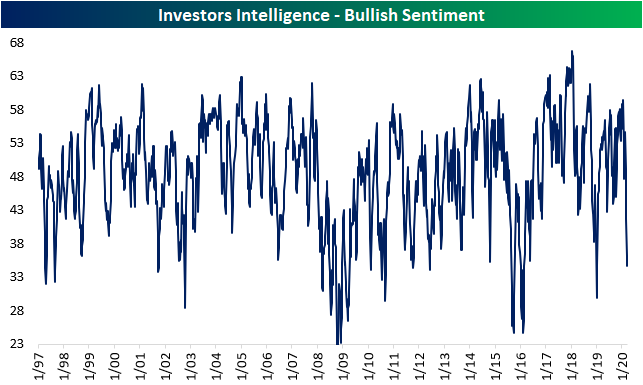 With bullish sentiment picking up, bearish sentiment fell though not by much. Bearish sentiment remains very elevated. For the second week in a row, over half of the respondents reported as pessimistic. That is the first time with back to back readings above 50 since March 2009. The Investors Intelligence survey also remains extremely bearish. 32.7% of respondents in that survey reported as bears which is the highest share since the first week of 2019 when that reading totaled 34.6%. 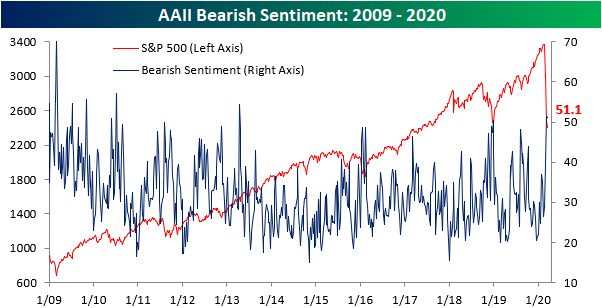 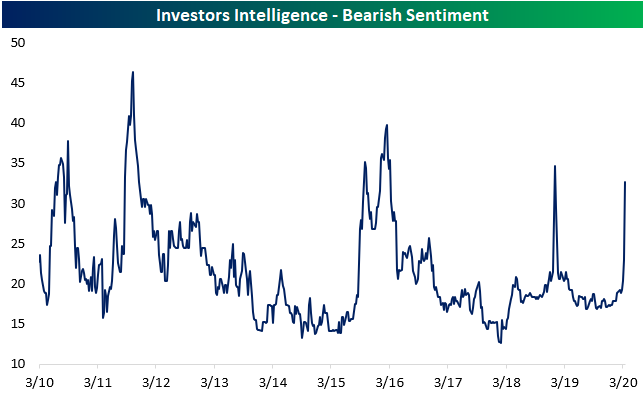 As for the AAII’s reading on neutral sentiment, for only the 28th time in the survey’s history going back to 1987, less than 15% are reporting neutral sentiment. Now at 14.5%, neutral sentiment is at its lowest level since November of 2010 when it had fallen to 13.95%. Start a two-week free trial to Bespoke Institutional to access our interactive economic indicators monitor and much more. 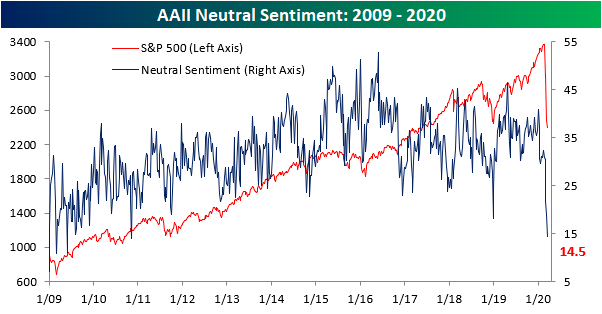