In last Thursday’s Chart of the Day, we noted that for the first time in a decade less than a quarter of respondents were bullish or neutral while over half were bearish.  Although that isn’t exactly the case again this week, sentiment still leans heavily bearish.  Bullish sentiment dropped down further to 23.31% from 23.67% last week. That is the lowest level of bullish sentiment since the COVID-19 pandemic began and the lowest number since last October when the percentage of investors reporting as bullish bottomed out at 20.31%. 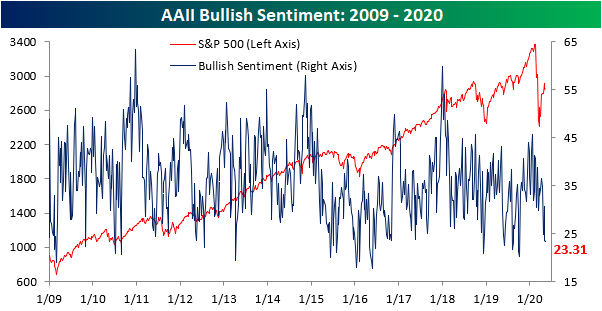 The move out of the bullish camp didn’t exactly flow into the bearish camp, though.  Bearish sentiment likewise fell slightly this week from 52.66% to 50.61%.  Although that is slightly lower, the majority of those surveyed are still bearish. 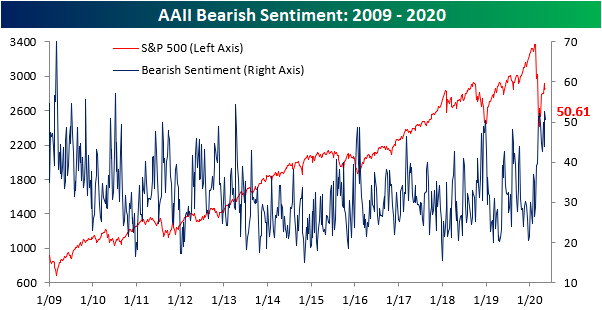 Simply put, bearish sentiment has been high for a long time.  Of the previously mentioned past ten weeks, even if bearish sentiment was not above 50% it was at least one standard deviation above its historical average.  That now ranks as the longest streak since 2008 (14 weeks) and the fourth-longest in the history of the survey daying back to 1987. 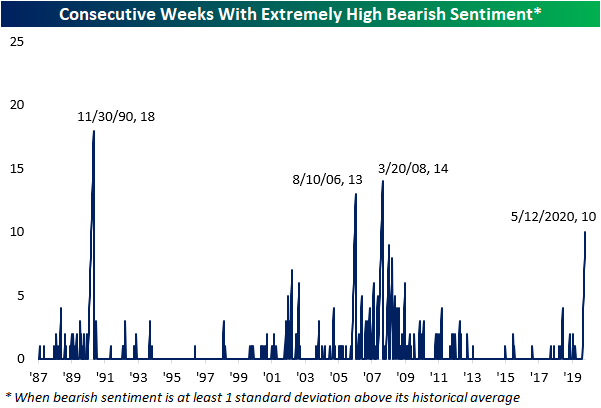 With such a large divergence between bulls and bears, the bull-bear spread now stands at -27.3 which is slightly better than the -28.99 reading last week but still clearly at the low end of the past decade’s readings. Start a two-week free trial to Bespoke Institutional to access our interactive economic indicators monitor and much more. 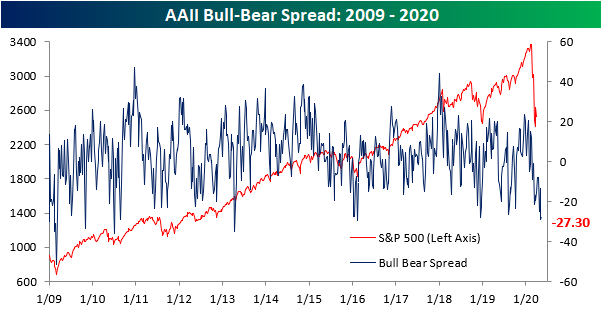