The weekly sentiment survey from AAII saw a surge in optimism in recent weeks, but it took a step back this week even with the S&P 500 at new highs.  Bullish sentiment fell from a recent high of 46.9% down to 39.8% this week.  Outside of last week, that is still the highest level since the first week of September. 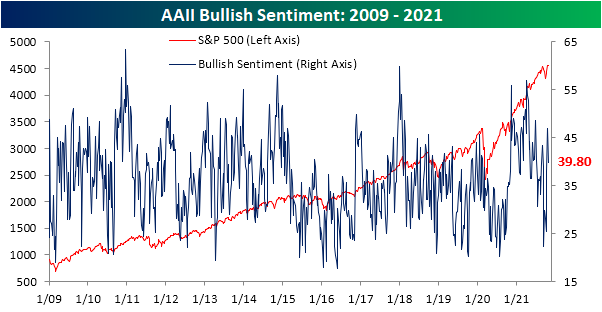 While bullish sentiment saw a significant 7.1 percentage point drop, a relatively small share of those losses turned to the bearish camp. Bearish sentiment only rose 1.6 percentage points to 29.4%.  That is still below levels from two weeks ago and is in line with the average from throughout the summer. 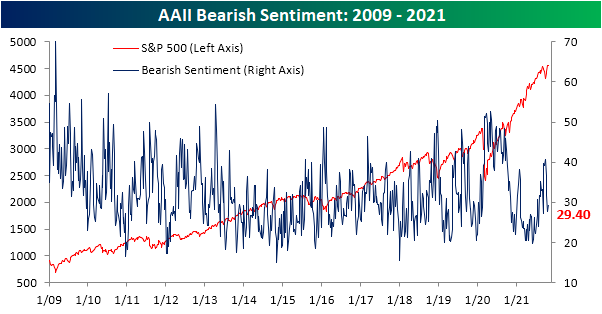 The corresponding moves in bullish and bearish sentiment resulted in the bull-bear spread to fall but bulls continue to outweigh bears by 10.4 percentage points. 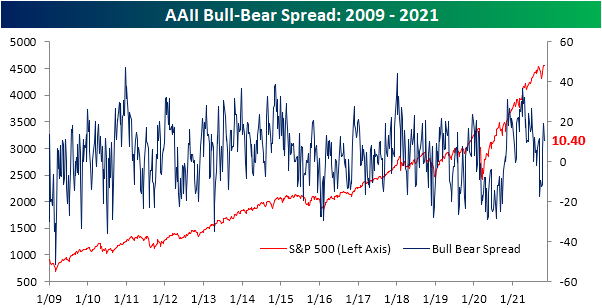 As previously mentioned, the largest share of losses to bulls did not go to bears, but instead were picked up by those reporting neutral sentiment.  That reading moved back above 30% this week gaining 5.3 percentage points. Again, that does not mark any sort of new high or low but instead brings sentiment back to similar levels seen only a month or two ago.  Click here to view Bespoke’s premium membership options. 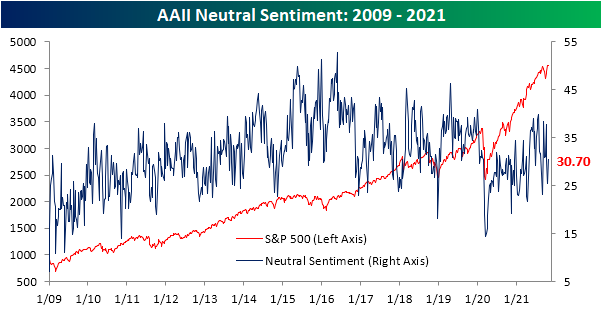