The S&P 500 has encountered some selling pressure this week, but that hasn’t stopped sentiment from continuing its grind higher.  The weekly AAII sentiment survey saw 48.0% of respondents report as bullish this week up from 41.5% last week.  That puts bullish sentiment at the highest level since the first week of July when it was 0.6 percentage points higher than it is now. 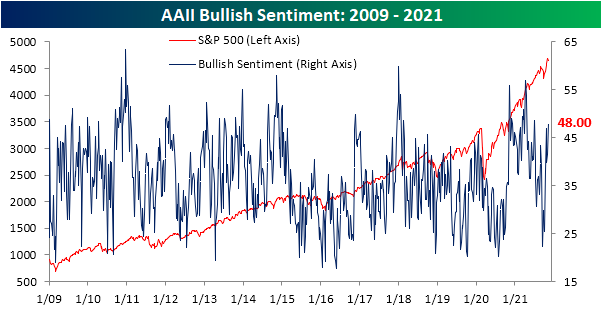 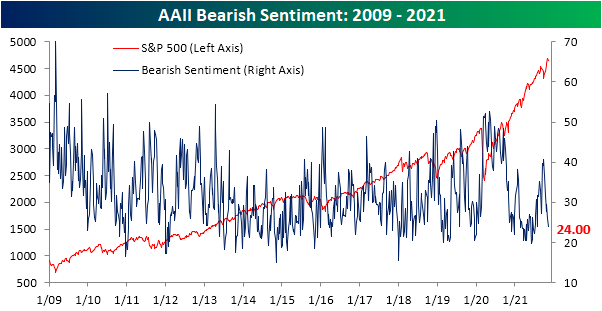 Overall, sentiment continues to favor bulls to a wide margin. As a result of the inverse moves in sentiment, the bull-bear spread rose to 24 from 15.5 last week. Again, that is levels not seen since early July. 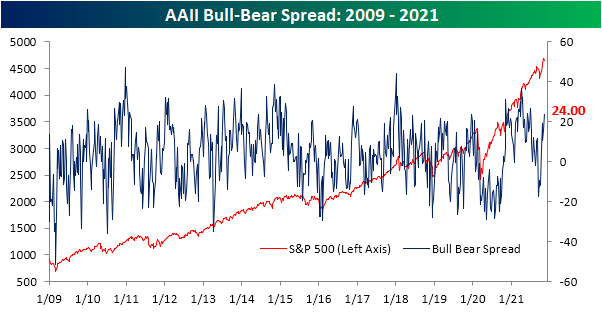 Neutral sentiment also declined this week falling by 4.5 percentage points to 28%.  Unlike bullish and bearish sentiment, that reading is basically in the middle of the past several months’ range as the reading has generally hovered around the 30% level. Click here to view Bespoke’s premium membership options. 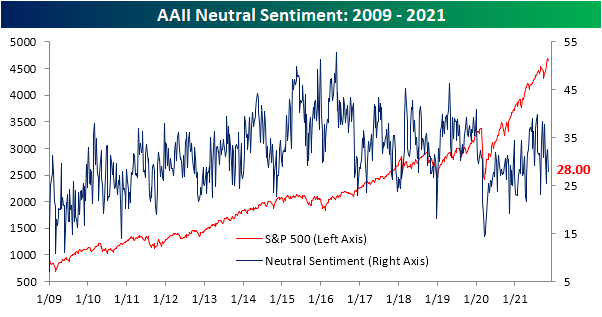