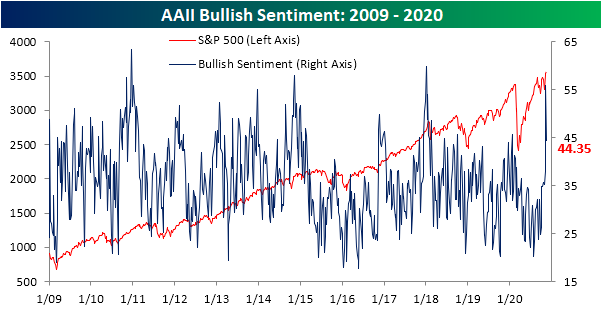 Compared to that double-digit move, bearish sentiment only rose 1.49 percentage points. That is, those that are no longer reporting as bullish did not necessarily turn around to take a pessimistic view this week.  Currently, just over a quarter of respondents reported as bearish which is still muted relative to the past year’s readings and is still below the survey’s historical average of 30.63%. 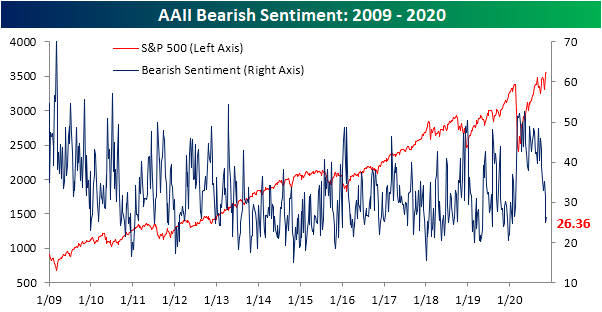 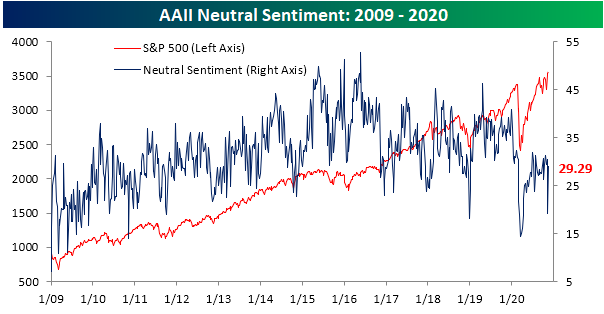 While that combination of higher neutral sentiment reading plus lower bullish sentiment points to things being less polarized than they were last week, sentiment still does not largely favor the bulls.  As shown below, the bull-bear spread is now at 17.99 which remains at the high end of the past few years’ readings. Click here to view Bespoke’s premium membership options for our best research available. 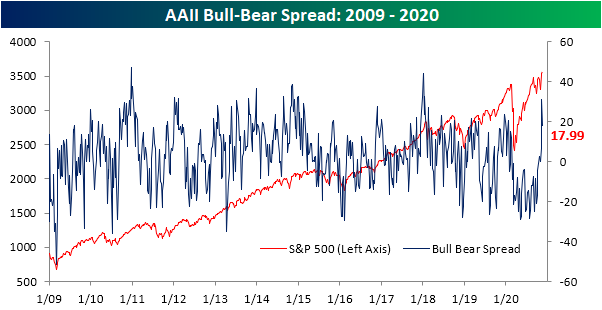