Like the S&P 500 and many Americans practicing social distancing, investor sentiment hasn’t moved too far over the past week.  Bullish sentiment rose from 32.9% to 34.24%. That is one of the smaller moves in recent weeks which leaves the indicator just about in line with the average for bullish sentiment (34.44%) since the bear market began on 2/19. 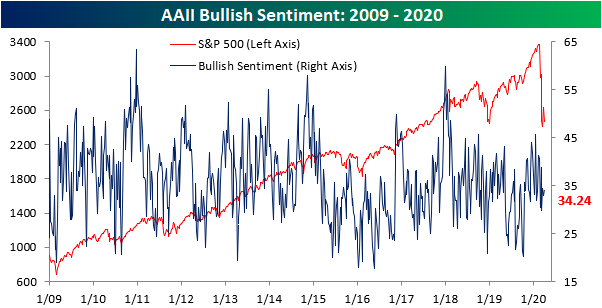 It may not have been by much, but bearish sentiment dropped below 49.7% for the first time since the first week of March. While lower, bearish sentiment remains very elevated compared to the past decade. The over 10% rally for the S&P 500 since last Monday’s low has not been enough to persuade a more optimistic outlook for the bulk of investors. 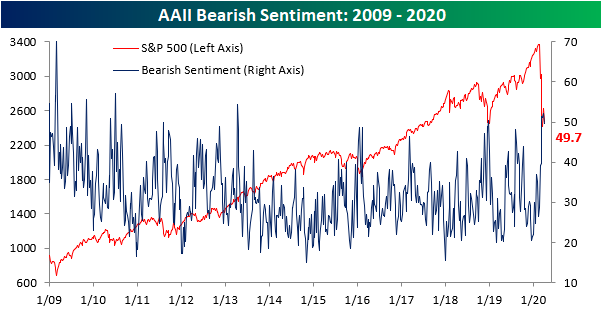 Not all the losses in bearish sentiment went to bulls. 16.03% of investors reported neutral sentiment this week which is a full percentage point higher than last week’s reading.  While that is an improvement, this reading remains at the extreme end of the past several years’ range.  Start a two-week free trial to Bespoke Institutional to access our interactive economic indicators monitor and much more. 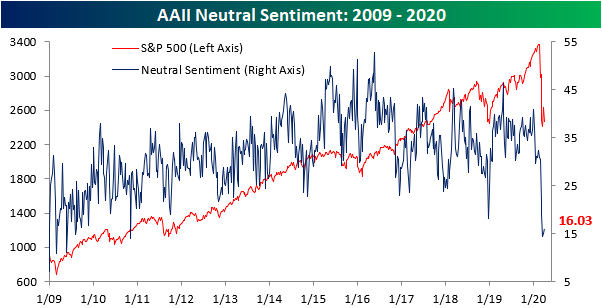