Sentiment tipped over before the S&P 500’s rough start to December. Without the market giving investors any more reason to take a bullish stance, the latest sentiment data from the AAII showed that once again less than a quarter of respondents reported as bullish.  This week’s reading was actually slightly higher rising 0.2 percentage points to 24.7%, a reading in the middle of this year’s range. 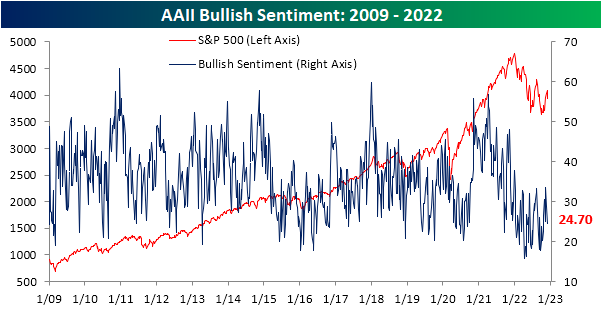 Although bullish sentiment was higher, bearish sentiment rose by more with the reading going from 40.4% to 41.8%.  That is the highest level since November 10th.  While bearish sentiment has remained in a relatively tight range just above 40% for the past four weeks, current readings are more muted than what had been observed throughout most of the past year when there have been plenty of readings above 50%. 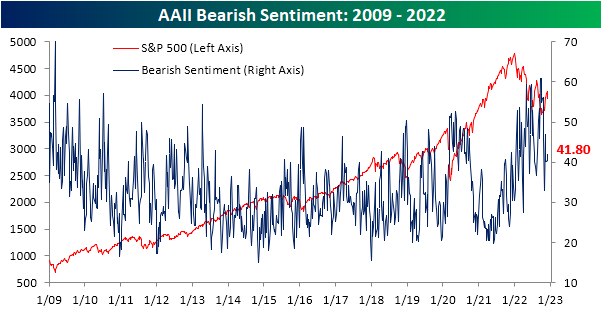 Overall, sentiment continues to heavily favor bears with a 17.1 percentage point spread between bulls and bears.  That extends the record streak of negative readings to 36 weeks. 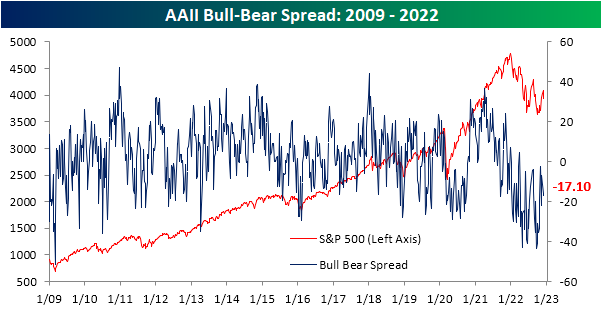 While the AAII survey was overall little changed, other sentiment readings were a bit mixed.  The NAAIM Exposure index dropped to the lowest reading in a month. Conversely, the Investors Intelligence survey saw bulls surge to the highest level since late August combined with the lowest reading in the percentage of respondents expecting a correction since June. Aggregating all of these readings points to sentiment taking a bit more pessimistic of a stance this week than what has been observed over the past month. Click here to learn more about Bespoke’s premium stock market research service. 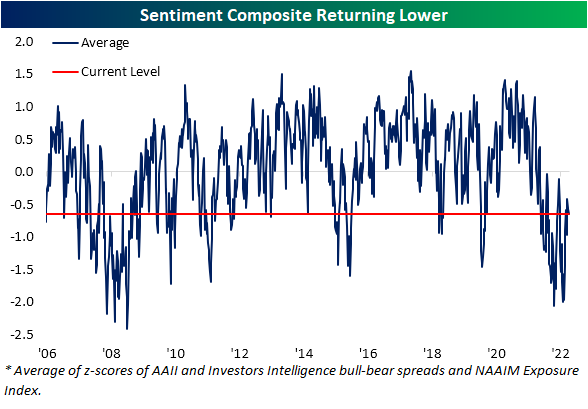