With the major indices little changed over the past week, sentiment readings from AAII‘s weekly investor survey likewise moved only slightly.  The percentage of respondents reporting as bullish remains above 40% but pulled back slightly from 41.33% last week.  The 0.73 percentage point drop was the smallest move in bullish sentiment (either positive or negative) since November 28th of last year when bullish sentiment fell only 0.6 percentage points. 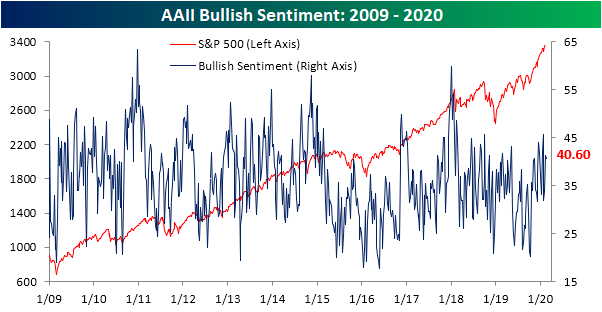 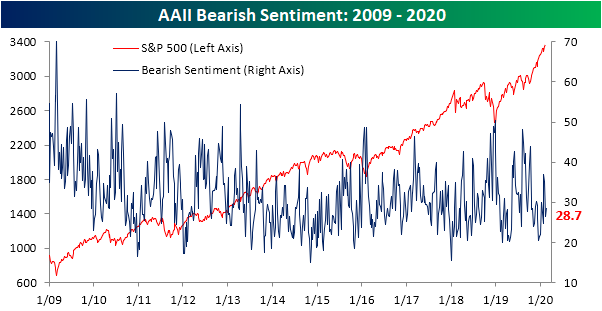 Neutral sentiment was also little changed, dropping 1.47 percentage points to 30.8%.  Similar to bearish sentiment, neutral sentiment continues to come in at the low end of its range as it has averaged readings of 35.9% over the past year. This was the sixth week in a row that neutral sentiment has come in below its 52-week average; the longest such streak since a 15-week long streak ending in January of last year. Start a two-week free trial to Bespoke Institutional to access our interactive economic indicators monitor and much more. 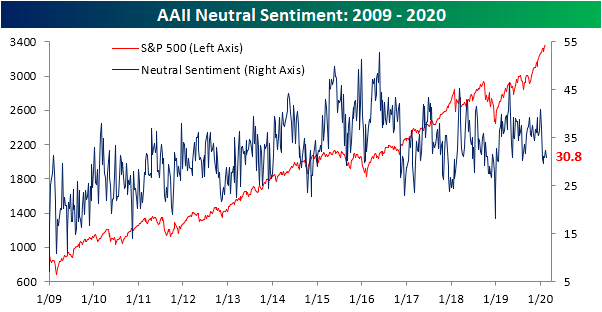