In the span of just two weeks, the percentage of respondents in AAII’s investor sentiment survey reporting as bullish has risen from the middle of the past few years’ range of 33.07% to 45.6% (and from 41.83% last week), the highest reading since early October of 2018. Back then, bullish sentiment peaked out just slightly higher at 45.66% before turning lower as stocks sharply sold off. 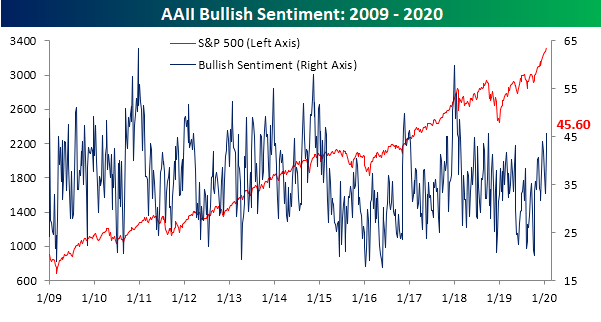 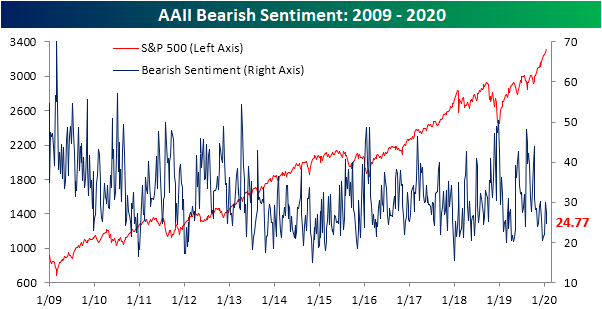 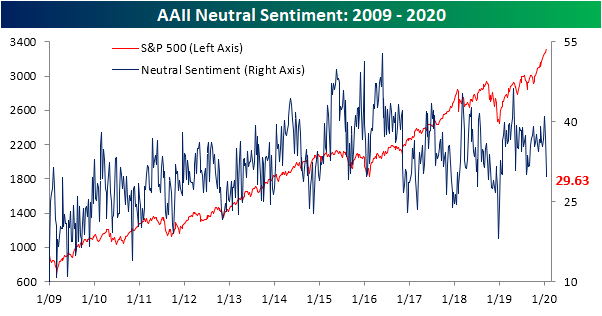 Neutral sentiment dropping so low indicates that investors have become increasingly polarized; mostly placing themselves in the bullish camp. In fact, in the past two weeks, both sentiment readings have reached fairly elevated levels relative to the past year.  Bullish sentiment is now more than 1 standard deviation above the past year’s average of 33.7% while neutral sentiment is 1 standard deviation below its average of 36.26% over the past year.  This was the first time this has occurred while bearish sentiment remained within its normal range since early 2018.  As shown below, of the 20 prior times in the history of the survey that bullish sentiment has been similarly elevated (over 1 standard deviation above the past year’s average) while neutral sentiment is simultaneously extended below its average without having done so in the prior six months has resulted in near term underperformance compared to other periods.  The S&P 500 has averaged declines in the next week and month following such readings.  Fortunately, longer-term returns have been stronger and more consistently positive. Start a two-week free trial to Bespoke Institutional to access our interactive economic indicators monitor and much more. 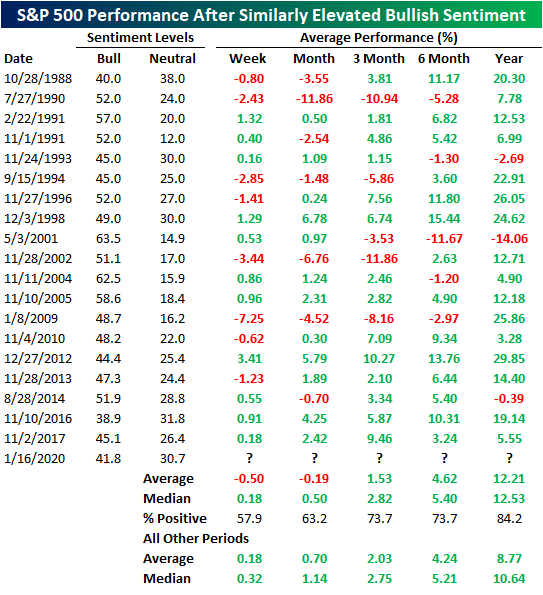