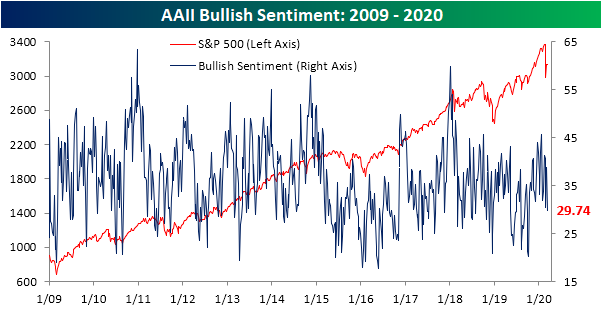 While that means there is precedent for bullish sentiment to fall even further, the current level is pretty much right in line with what could be expected at the start of an S&P 500 bear market. In the table below, we show the AAII sentiment readings at the start of all bear markets (20% drawdown from a prior high where the rally was at least 20%) since the survey began in 1987 as well as the degree of those declines and the time it took to reach that 20% threshold.  The current reading on bullish sentiment is pretty much right in line with the average of past bear markets. Meanwhile, bearish sentiment is at 51.13% which is its highest level for when the S&P 500 reached the threshold for a bear market behind only July of 2008. Neutral sentiment (18.95%) is now at its lowest level since December of 2018 at 18.95% and of the past bear markets, this is the lowest reading. 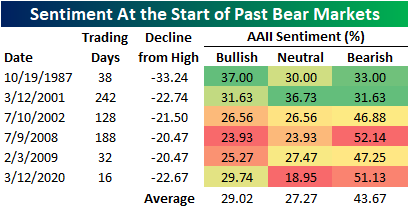 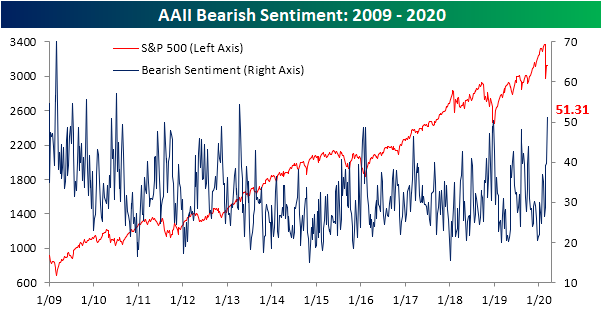 Readings above 50 have been few and far between with only 56 other prior instances in the history of AAII’s survey. The last time we saw a reading this high was was 441 calendar days ago in December of 2018.  The table below shows all of the prior times that bearish sentiment tipped above 50% without having done so in the previous 6 months and the S&P 500’s performance around these times.  As could be expected, the S&P 500 was typically heading lower in the weeks and months leading up to these elevated bearish readings. Going forward, performance has tended to remain weak over the following week, but begins to improve over the course of the next year.  Start a two-week free trial to Bespoke Institutional to access our interactive economic indicators monitor and much more. 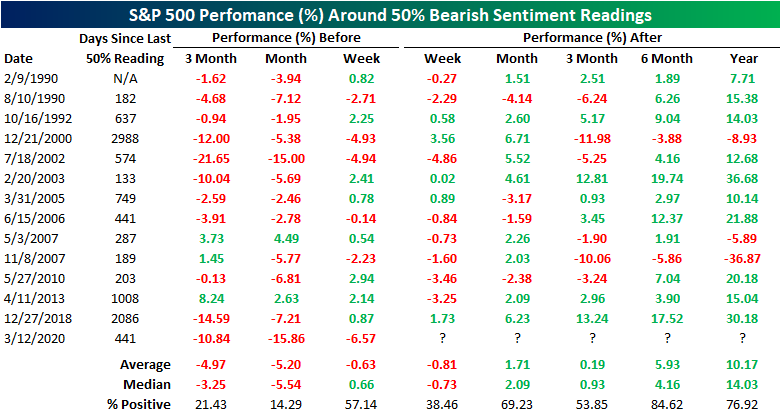