Major US indices have continued to press to new all-time highs, and this time around, that includes small caps.  As such, sentiment has moved higher in tow with this week’s reading from the American Association of Individual Investors weekly sentiment survey showing the percentage of respondents reporting as bullish rising from 39.8% to 41.5%.  While higher versus last week, that is only a modest recovery from last week’s 7.1 percentage point decline from the recent high of 46.9%. Overall, that reading points to a strong but far from historically extended reading on market optimism. 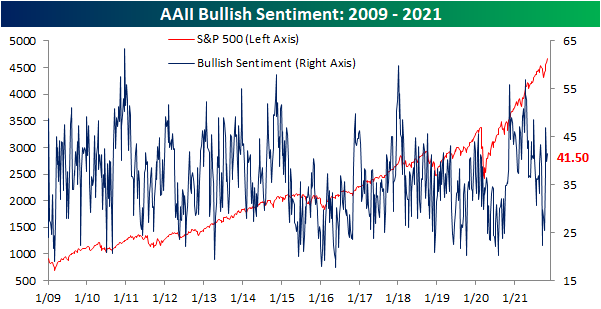 Bearish sentiment, on the other hand, has experienced more persistent declines.  The percentage reporting as bearish fell to 26% this week which marks the lowest reading since the end of July when less than a quarter of respondents reported as such.  As with bullish sentiment, that reading is by no means extreme only a few percentage points below the historical average. 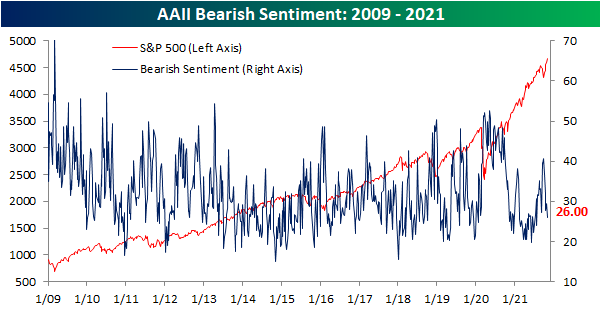 Given the moves in bullish and bearish sentiment, the bull-bear spread ticked higher to 15.5 which again is stronger but not back up to the high from two weeks ago. 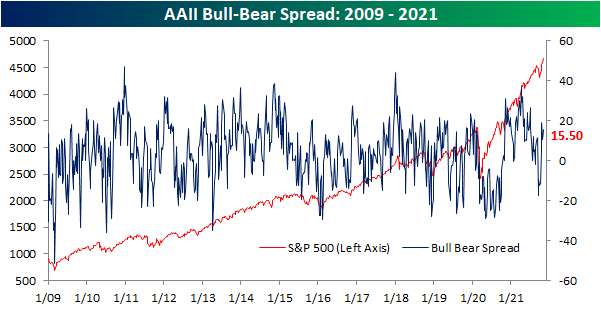 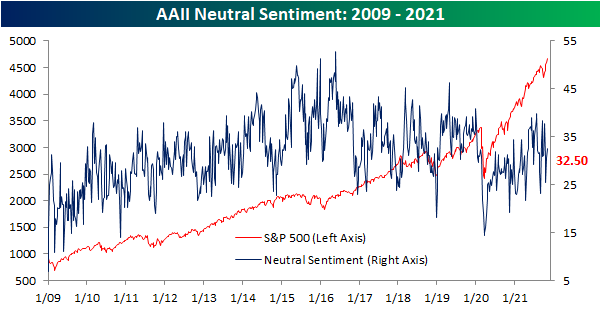 Again, the AAII’s survey has shown that sentiment has grown increasingly positive though it is not flying.  Other sentiment readings are soaring though. For example, the National Association of Active Investment Managers’ Exposure Index has seen a sharp rise over the past few weeks with the past two seeing readings above +100.  With regards to this index, readings above +100 indicate responding managers are reporting that they are fully invested long, +200 would indicate they are leveraged long, zero would be market neutral, -100 would be fully short, -200 would be leveraged short.  This week marked the first back-to-back readings above +100 and the strongest levels since February of this year 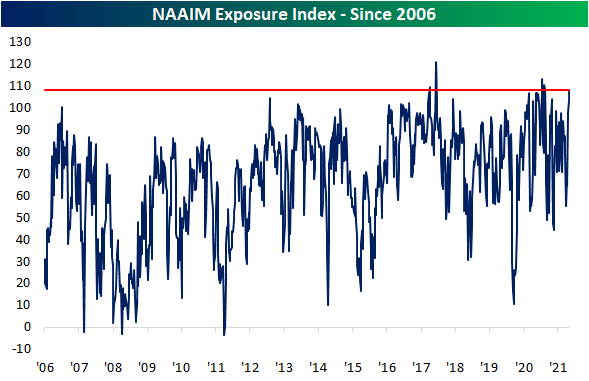 In addition to those two indices, the Investors Intelligence survey also saw bullish sentiment rise to one of the strongest levels since the summer gaining double-digit percentage points in the past two weeks alone. In other words, across indicators on sentiment, there has been a notable uptick in bullishness over the past few weeks. To quantify this across indicators, below we created a composite index of the three surveys. This composite shows the average standard deviation of each one from its historical average.   As shown, this week’s uptick across indicators resulted in the composite moving into the upper decile of historical readings since 2006. Additionally, the increase in the past four weeks has been one of the largest in exactly two years with only a small handful of larger upticks going back to 2006 when the newest of these indicators—the NAAIM index—begins. Click here to view Bespoke’s premium membership options. 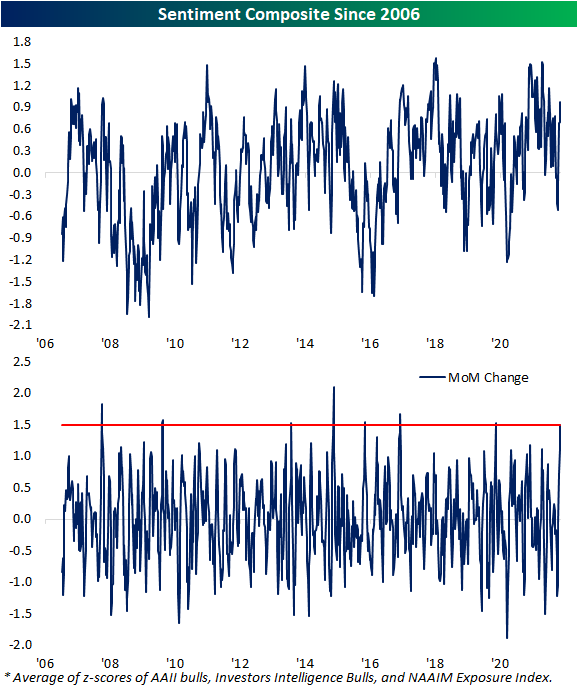