The data collection period for the survey mostly missed the FOMC’s rate decision and subsequent market reaction, meaning the latest readings are to some degree out of date.  Regardless, the latest reading on bullish sentiment from the AAII was little changed once again at 24.3%.  That was down modestly from 24.7% last week and 24.5% the week prior. 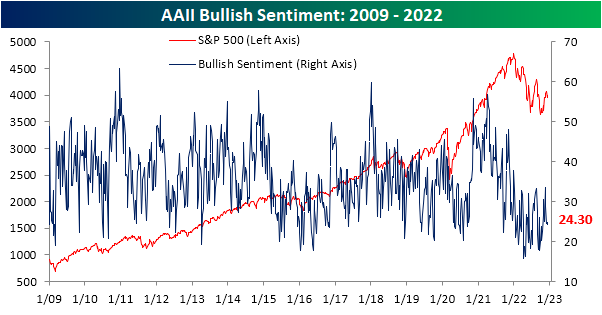 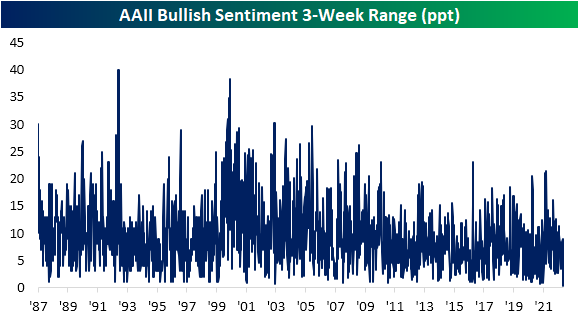 While bullish sentiment has hardly moved, there have been larger shifts in the percentage of respondents reporting as bearish.  Bearish sentiment has risen for three weeks straight to reach 44.6%.  That is the highest level since November 10th but still handily below the multiple readings above 50% from earlier this year. 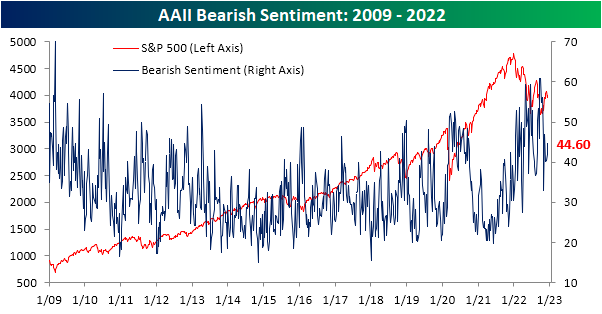 Given bearish sentiment climbed by much more than bullish sentiment, the bull-bear spread fell deeper into negative territory. In fact, the record streak of 37 weeks with bears outnumbering bulls presses on. 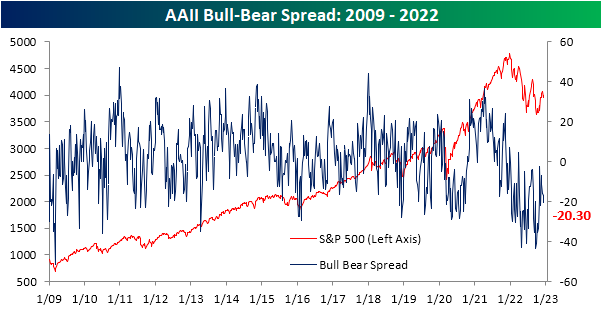 With bulls little changed, the rise in bears came from those formerly reporting as neutral. Neutral sentiment dropped to 31.1% from 33.5% last week. While that remains an elevated reading relative to most of the past year, it is only slightly below the historical average of 31.4%. Click here to learn more about Bespoke’s premium stock market research service. 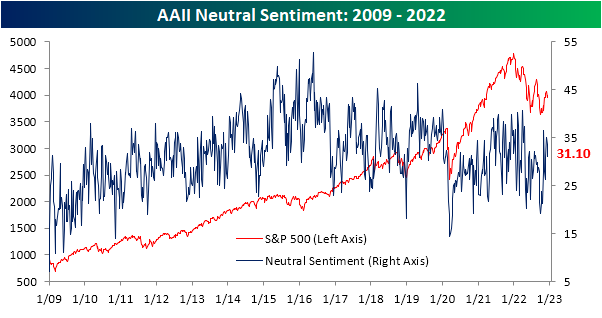