Weekly results from AAII’s investor sentiment survey was uneventful this week. All of the readings across bullish, bearish, and neutral sentiment saw a move of less than one percentage point. That is the first time this has happened since June 27th of last year and other than those two occurrences, it has only happened 15 other times throughout the survey’s history. Bullish sentiment held firm above 30%, rising 0.35 percentage points to 30.39%.  That was bullish sentiment’s third consecutive week moving higher. 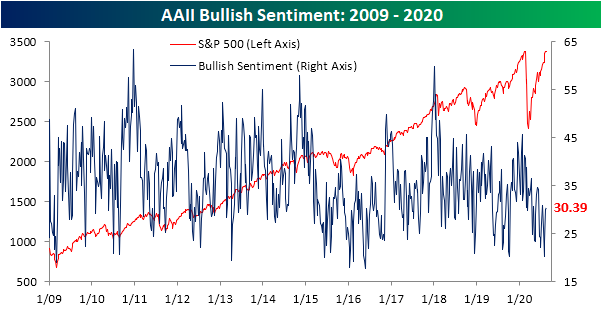 Bearish sentiment remains the predominant sentiment reported by investors as it rose slightly from 41.12% to 42.4% this week. In absolute terms, that is the smallest weekly change for bearish sentiment since a 0.03 percentage point move on March 19th. 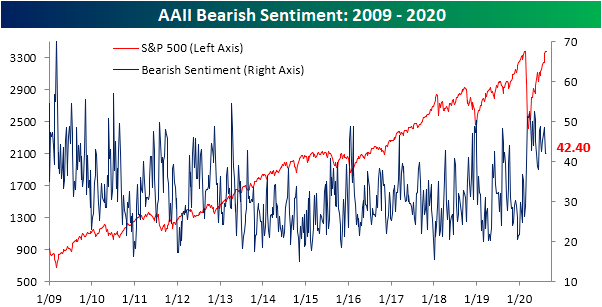 Those small gains to bullish and bearish sentiment took from neutral sentiment which fell 0.64 percentage points to 27.2%.  Of the three readings, this was the largest move this week. 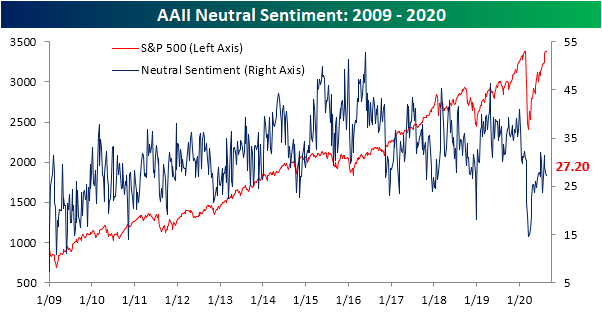 With bearish sentiment still outweighing bulls, the bull-bear spread remains negative as it has for a record streak of 26 weeks. Like what you see?  Start a two-week free trial to Bespoke Institutional for full access to all of our research and interactive tools. 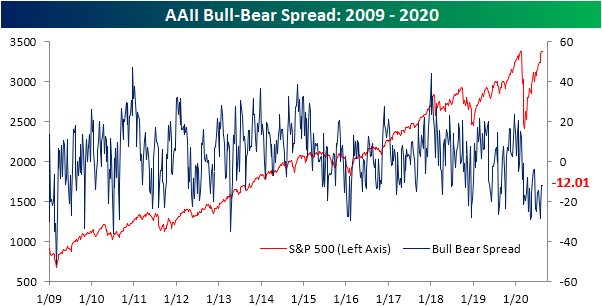