Sentiment Slumps Ahead of CPI

In spite of the S&P 500’s attempts at moving above its 50-DMA in the past week, bullish sentiment took a hit with only a quarter of responses to the AAII survey reporting as optimistic. That compares to 30.6% last week. Today, equities are roaring higher in reaction to the cooler than expected CPI print. Given the timing of the release and market reaction, the latest readings on investor sentiment can already be considered out of date as collection periods would have missed today’s news. Looking forward, holding constant any other catalysts and price action that may affect sentiment in the week to come, the CPI number and subsequent positive market reaction are likely to support a much more positive reading on sentiment next week. 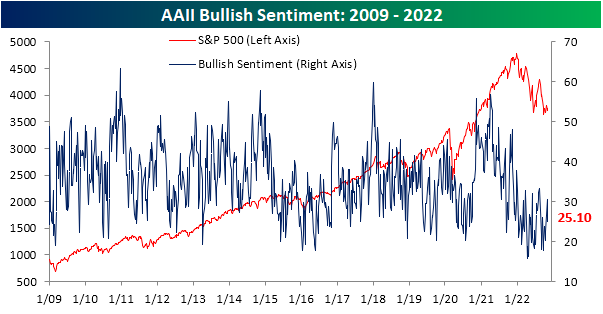 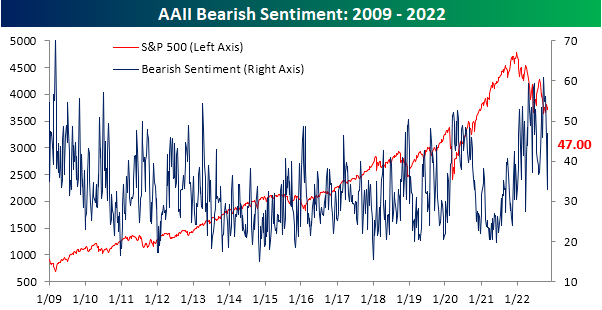 As a result of those recent moves, the bull bear spread moved much deeper into negative territory. After hitting the highest level of the current near record stretch of negative readings, the spread has fallen back down to -21.9.  Click here to learn more about Bespoke’s premium stock market research service. 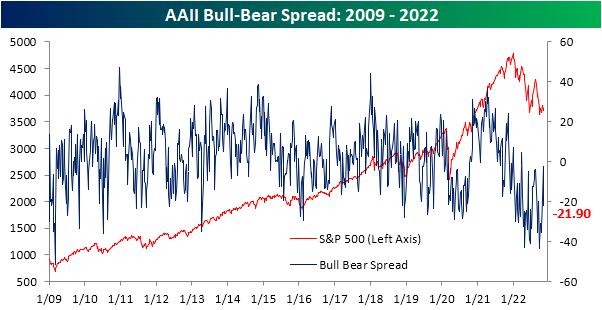 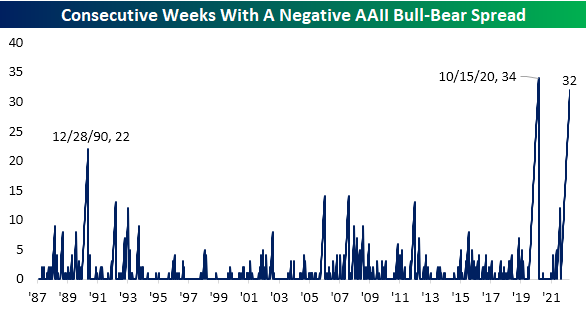