With the S&P 500 pivoting lower in the past week, sentiment has reflected the move as the AAII sentiment survey showed bullish sentiment drop from 33.3% last week down to 27.7%.  That marked the first time bullish sentiment fell in three weeks, and it was the largest single-week decline since an eleven percentage point drop the week of June 9th. 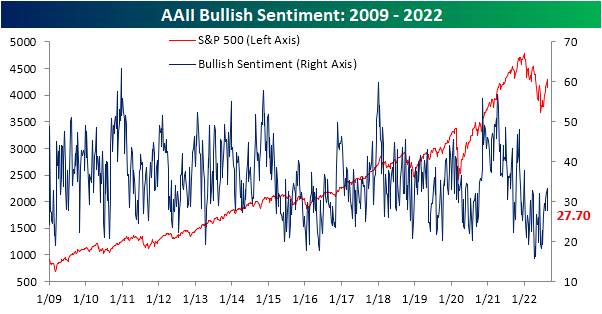 Bearish sentiment picked up the bulk of that decline as the reading topped 40% for the first time since the last week of July.  At 42.4%, it is at the highest level since July 14th. Although that marks a shift toward more pessimistic sentiment, reversing a trend of improvement from the past few weeks, the current reading on bearish sentiment is well below the highs from throughout the spring and early summer. 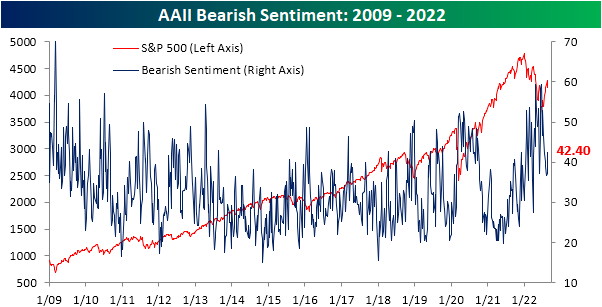 Nonetheless, after coming within only a few points of a positive reading in the past month, the bull-bear spread took a sharp turn lower as a result of this week’s results.  The spread fell to -14.7 which is the lowest reading since July 14th. That was also the first double-digit week-over-week drop in the reading since June.  Additionally, with a move deeper into negative territory, the spread is a week away from becoming tied for the second-longest streak of negative readings on record. Click here to learn more about Bespoke’s premium stock market research service. 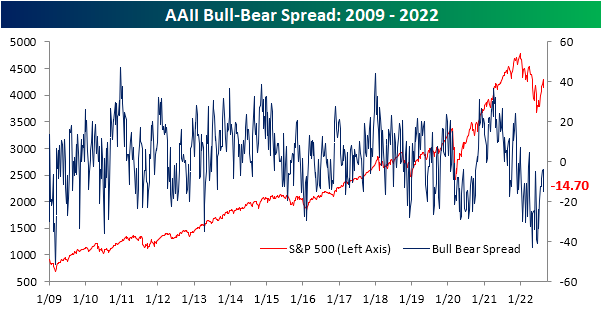 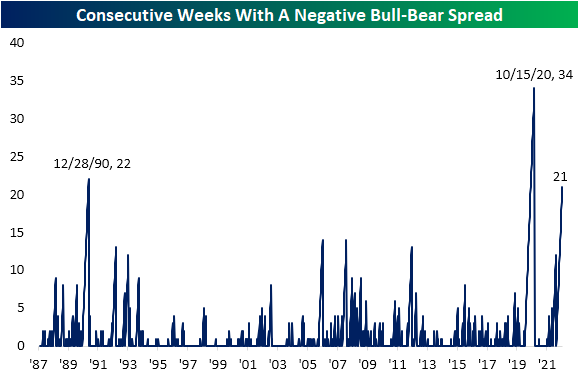